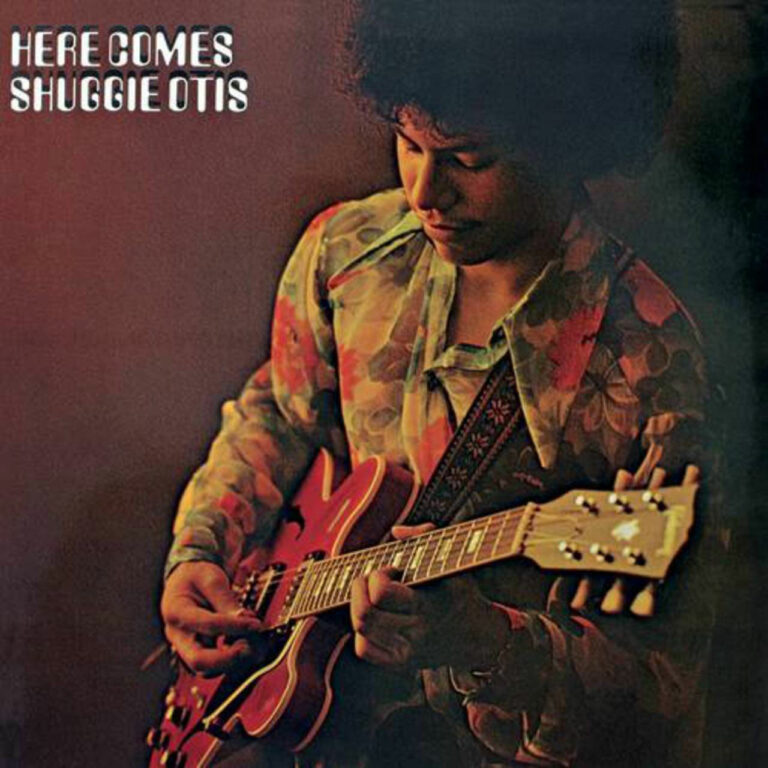 Shuggie Otis is a criminally under-recognized artist. A one-man-band when he was a mere teenager, he was also a superb guitarist right out of the gate. Son of legendary bandleader Johnny Otis, Shuggie never caught on with the record buying public like he should have. His song “Strawberry Letter #23” is a bona fide classic, though most know it form the Brothers Johnson cover version. Admittedly, his career has been erratic, and he went quiet for nearly 30 years. I had the privilege of meeting, interviewing and seeing him live onstage a few tears back. It was one of the best concerts I’ve ever witnessed. Yet around the same time, someone whose opinion I respect saw him at another date on the tour, and considered it one of the worst shows he had seen. Go figure. Regardless, his records are all rewarding.

Kooper Session (1969) – “Discovered” by Al Kooper, even though he had been playing with his dad for years and was doing session dates with Frank Zappa, Shuggie’s work on this set is amazing. He’s co-billed with Kooper, and the material is split into two sides, one “the songs,” the other “the blues.” Both are excellent.

Snatch & the Poontangs (1969) – Raw and raunchy, this is a set of “blue” tunes with titles like “The Pissed-off Cowboy” and “Two Girls in Love.” It’s not deathless, to be sure, and Shuggie’s limited to guitar, but it’s worth a listen.

Here Comes Shuggie Otis (1970) – You must hear this record. The two to follow get the most acclaim, but on Here Comes young Shuggie presents a stunningly wide array of styles. “Oxford Gray” is jaw-dropping in its beauty, a sort of progressive blues with other things happening as well.

Freedom Flight (1971) – A bit more focused than its predecessor, Freedom Flight is amazing start to finish. The title track goes on a bit long (nearly 13 minutes) but it’s never less than interesting. “Purple” is really good as well.

Inspiration Information (1974) – Shuggie still seemed to be on fire when he released this one. It’s filled with great tracks, and interesting use of the Rhythm King drum machine. He’s as compelling when he’s relaxed as when he’s in high-octane mode. Sadly, this would be the last we’d hear from him for some three decades. More here.

Live in Williamsburg (2014) – A hastily thrown-together document, this could be better. The show from this tour that I attended certainly was. I don’t place the fault with Shuggie, but with the record company. A few fixes and this could have been excellent. As such it’s merely very good.

Inter-Fusion (2018) – The first studio release from Shuggie in nearly 35 years. Much of the composition credit comes form places other than Shuggie, but his instrumental mastery remains ion display. His vocals are strong as well. It would be nice to hear more from him. Alas.