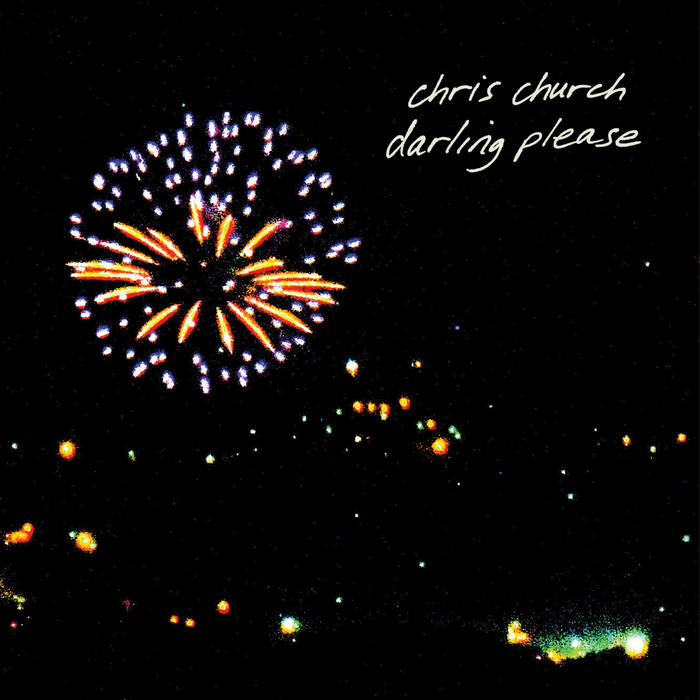 The Posies came out of the Pacific Northwest with a sound that had little to do with grunge; the duo (later a full band) combined power pop sensibility with a shoegaze aesthetic, seamlessly welding sterling melodies and heart-rending vocals/lyrics to emotionally charged, powerful and soaring rock.

Why, one may well ask, am I introducing a review of an album from North Carolina-based multifarious artist Chris Church by discussing The Posies? The answer is simple: after a stunning run of albums building on the musical approach I’ve described above – and a series of records that included Failure, the scintillating Dear 23 and the near-perfect Frosting on the Beater — the Posies initiated a course correction. Amazing Disgrace was a far harder, denser record that – to my ears, anyway – was shorter on the melodic sense that lay at the foundation of the Posies sound.

In idle moments since, I’ve occasionally found myself wondering what a fourth Posies album that continued with the group’s original direction might have sounded like. And I’m here to report that I have found the answer. Released in 2022 (but recorded in 2011), Darling Please is the newest offering from Chris Church.

It should be emphasized that it’s not as if Church is (was) overtly following on, attempting to craft and album to serve as a worthy successor to Frosting on the Beater. I mean, who’d do that 18 years after that record’s release? And Church himself has never been one to stay in his own lane, as it were: if his body of work is defined by any overriding characteristics, they’re (a) high quality and (b) eclecticism. His “style,” so to speak, handily and impressively encompasses everything from metal to pop and many points in between.

Darling Please manages the feat of being gauzy and crystalline all at once. The powerful, sustained distorted chords ring out over the sonic landscape, while the rock-solid rhythm section does its thing and Church’s impassioned voice soars over the whole affair. Washes of sound blur into one another, and that introspective shoegaze vibe imbues all the music with a thoughtful character that matches the vocals.

Darling Please was recorded in Church’s basement, but the production values are superb, with not a hint of DIY-ness to them. And as great as the album seems to have been in its original form, as released now it has been remixed, adding new vocals from the musically simpatico and always-welcome Lindsay Murray of Gretchen’s Wheel. It’s a testament to both her talents and Church’s skill (as a musician, producer and engineer) that Murray’s vocals sound as if they’ve always been part of the songs; there’s not a whiff of overdubbiness in evidence.

To re-emphasize, Darling Please isn’t a Posies pastiche; it’s a wholly original work. That said, the arrangement and vocal harmonies on “Atlantic” – a standout tune that’s buried mid-album – are sure to remind one of the more swoonworthy, emotionally resonant moments of Dear 23. And in light of some very unpleasant developments (which have nothing to do with Church and which we won’t discuss here), there won’t be any more Posies records. Darling Please could easily serve as the Great Lost Posies Album, but of course it deserves a grander fate than that.

A deft balance of sweet and sour, rough and smooth, sharp and blurry, Chris Church’s Darling Please is also a sterling release destined for consideration when the time comes to look at 2022’s best releases.