Home  »  interview • rawk   »   The Gem of the Idea: Hipgnosis’ Aubrey Powell Looks Back at His Iconic Album Designs (Part Three)

The Gem of the Idea: Hipgnosis’ Aubrey Powell Looks Back at His Iconic Album Designs (Part Three) 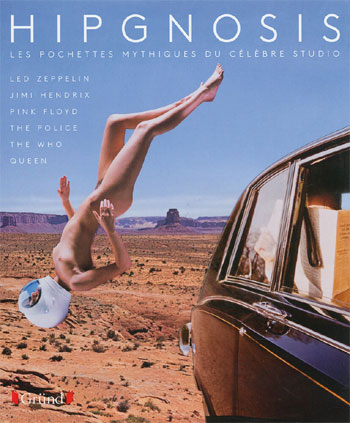 That happened when Powell was asked to design a cover for XTC’s 1978 LP, Go 2. “Andy Partridge came to Hipgnosis’ studio,” he recalls. “We showed him a bunch of things that we designed for them, and he didn’t like any of them.” At one point, Partridge cast his gaze across the room, spying another design idea of Thorgerson’s. “It was a typewritten sheet that said, ‘This is a RECORD COVER,’ and it described all the things about the record cover,” Powell explains.

The XTC singer and songwriter inquired for whom that design was intended. Powell says that Storm replied, “Well, it’s just an idea. We’ll sell it to anybody.” Partridge responded, “I love it. I’ll have it.” The finished design includes the band’s name and the album title only once amid the some 500-plus words that fill the 12×12 space.

In fact, it’s a mark of Hipgnosis’ stature in the music world that their designs often appeared without any kind of logos, band names or titles superimposed over them. One has to look closely at the Presence LP cover to find the band name and album title, subtly embossed near the top right-hand corner. And on many other classic covers – Pink Floyd’s Atom Heart Mother, starring Lulubelle III the cow, for example – there’s no lettering at all.

“I remember the record company completely freaking out at me about that one,” Powell laughs. “I said, ‘’Well, that’s what the band wants, and that’s what the band gets!’” And he notes that the bizarre cover photo worked in the band’s favor. “Because in the record stores [among] those huge towers of records with a million albums, everybody saw a picture of a cow,” he points out. “It looked so different that they were thinking, ‘What’s that? Who is that?’ It worked as an alternative to taking the commercial route.”

Hipgnosis ceased operations right around the time of (and largely because of) the dawn of the CD era and twilight of the vinyl record. Powell remembers the day. “I remember Storm and [Hipgnosis’ third partner] Peter Christopherson turned up at my house one afternoon in about 1982 with a bunch of flowers. He said, ‘We want to stop doing album covers. There’s nothing in it for us anymore when we’re working in a format that’s 5 inches by 5 inches. The end is nigh; Let’s get out.’” Powell was initially against the idea. “We were so successful by that time,” he recalls. 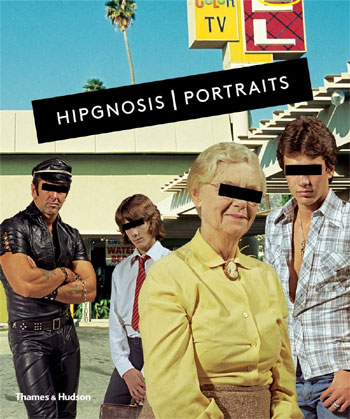 But the Hipgnosis principals were savvy enough to make a smart pivot. “Storm said, ‘We need to get onto the MTV train and start making films.’ And he was quite correct.” Within a year, Powell and Thorgerson were deeply immersed in music videos, working for many of the same clients who had chosen them to create album art: “The Paul McCartneys, the Robert Plants, the Paul Youngs,” Powell says. “Consequently, we had a very successful company called Greenback Films.”

Even though he and Thorgerson made their mark using old-school technology, today Powell has long since totally embraced the digital medium. And in his current role overseeing the visual elements of Pink Floyd reissues and archival releases, he uses the tools that are at his disposal.

The new release of Pink Floyd’s A Momentary Lapse of Reason is revisionist in a number of ways. It removes the drum parts played by session musicians – Carmine Appice, Jim Keltner and others – replacing them with new parts played by Pink Floyd drummer Nick Mason, the only musician to appear on every single one of the band’s releases. And many of the session keyboardists’ parts have been replaced by recordings of Richard Wright. The result is a record that sounds much less “1980s” and more a piece with the rest of the band’s body of work.

And for this new version, Powell took the opportunity to revisit his haunting cover art, featuring countless hospital beds arranged on a British seashore. He considers the project a privilege. “Having the opportunity to work on Pink Floyd re-releases – or any other band’s re-releases – allows me to indulge myself in two ways,” he says. “One is to make the quality of the pictures better than they were before, and another is to add additional information – unused photographs, unused graphics, new rediscovered things in the archives – to make them far more interesting than they were when they were first released.”

That’s a tall order indeed. Because if there’s one characteristic that unifies all of the hundreds of Hipgnosis album covers, it’s that they’re never less than interesting. “The gem of the idea behind the design is the most important thing,” says Aubrey Powell. “How you get there is [to] use the best people and the best tools you can.”

Come back for more from the in-depth interview…