Home  »  interview • rawk   »   The Gem of the Idea: Hipgnosis’ Aubrey Powell Looks Back at His Iconic Album Designs (Part Two)

The Gem of the Idea: Hipgnosis’ Aubrey Powell Looks Back at His Iconic Album Designs (Part Two) 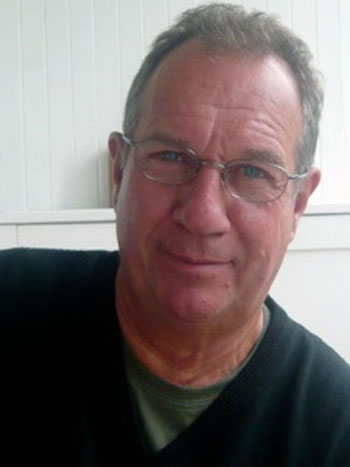 Powell and his creative partner (and their team of photographers, artists and designers) were afforded extraordinary creative latitude. “Very rarely did any band we worked for give us a specific brief,” he says. “Most of the time we had carte blanche.” Recording artists like Led Zeppelin and 10cc would ring up Hipgnosis, ask them to take on a project, and leave them to come up with their own ideas. “They’d say, ‘We’ve seen something you’ve done. We want to work with you,’” Powell says.

In some cases, there wasn’t so much as a kernel of an idea from the musicians to get Powell and Thorgerson started. “With Led Zeppelin,” Powell says, “there was no music to listen to, no lyrics to read. Jimmy Page would say, ‘Come up with something that’s going to really turn us on, and we’ll talk about it.’” He says that when it came to 1973’s Houses of the Holy album project, “we didn’t even know the name of the album!”

Thorgerson and Powell would then develop ideas making the most of that creative freedom. Houses of the Holy’s package features a distinctive photo of naked children crawling on Ireland’s most famous natural landmark. And Powell notes that today’s post-production trickery using tools like Photoshop wasn’t an option in those days. “I had to go to Giant’s Causeway and do all that as a real picture,” he emphasizes. And they really did set a man on fire for the photo that adorns the cover of Pink Floyd’s Wish You Were Here (1975).

“Everything in the 1970s was done by hand,” Powell says. “Taking a photograph, of course, was a process of loading film into a camera and having to choose your F-stop and focus and everything. There was no automation at all. Then, afterwards, there was all the processing of the film on negatives, there were contact sheets to be made, darkroom work to be done.” After all that, dozens of photographic prints would have to be made in hope of finding just the right one. Powell says that an album cover project routinely took six weeks’ time.

Some clients did have specific ideas; they looked to Hipgnosis to bring those ideas to fruition. “Paul McCartney was one of those,” Powell says. “Peter Gabriel was another.” He recalls Hipgnosis’ work on the ex-Genesis artist’s first three solo albums, all titled Peter Gabriel but known among fans by nicknames (Car, Melt and Scratch) that relate to their Hipgnosis cover art. 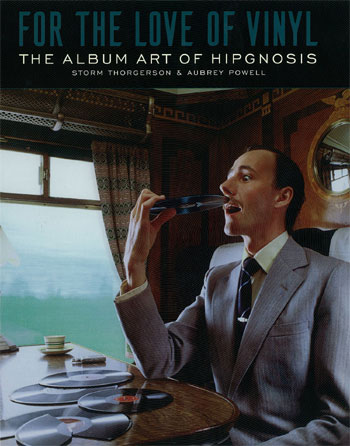 And an enduring characteristic of Hipgnosis album covers is that they remain open to interpretation. They’re playfully arty in a way that’s never pretentious, but often enigmatic. A prime example is the packaging for Led Zeppelin’s 1976 LP Presence, featuring a collection of surreal photographs that have absolutely nothing to do with each other, much less the music contained therein. The unifying element appearing in all ten photos is a black sculpture dubbed “The Object.”

Some 45 years after its completion, Powell remains amused by the project. He muses on how patently absurd it would be “if you said you were going to give Led Zeppelin – probably the most successful heavy rock band in the world – a cover of a family sitting around a table at a boat show with a black object!” He gives great credit to guitarist Jimmy Page for having faith in Hipgnosis and their sometimes quirky, idiosyncratic ideas. “I take my hat off to Jimmy Page for having the foresight to think that a surrealist picture would be far more interesting than the traditional fare for heavy rock album covers,” he says.

While Powell is justifiably proud of the work he did with Hipgnosis, he doesn’t make outsize claims as to its importance. “I think that many of the artists that we worked with were simply drawn to us because the work was good,” he says. “I don’t mean to blow my trumpet by saying that, but I think we delivered some interesting concepts.”

And he’s the first to admit that not every Hipgnosis album cover was a classic. Though he demurs when asked to cite a specific example, he allows that “not everything was great. It was no question that Storm and I did what we used to call ‘turkeys.’ There were some ideas that you think, ‘It’s going to work out well,’ and actually looked terrible at the end.” And in some of those cases, it was too late to turn back. “Sometimes,” Powell chuckles, “people were very polite and used them anyway.”

Powell and Thorgerson would sometimes come up with a good album cover concept even before they had a specific use for it. He relates a story of one such design. “When Robert Plant made his first solo album, I presented a load of ideas to him, because we used to have them all sketched on little 12-inch pieces of paper and stuff like that. I remember he picked up this card, and he turned it over on the back.” There he saw the names of several other bands, each with a line through it.

Plant was aghast. He said, ‘Have you been showing this idea to other people?’” Powell admitted that he had. “And Robert said, ‘What a bunch of chancers! I thought it was designed especially for me!’” In the end, Plant didn’t go with that design, either. But Powell remained philosophical about the whole affair, reminding himself of a kind of Hipgnosis mantra: “Look, a good idea is a good idea. If you don’t want it, we’ll sell it to somebody else.”