Home  »  interview • rawk   »   The Gem of the Idea: Hipgnosis’ Aubrey Powell Looks Back at His Iconic Album Designs (Part One)

The Gem of the Idea: Hipgnosis’ Aubrey Powell Looks Back at His Iconic Album Designs (Part One)

An edited version of this feature was published in Goldmine magazine. — bk 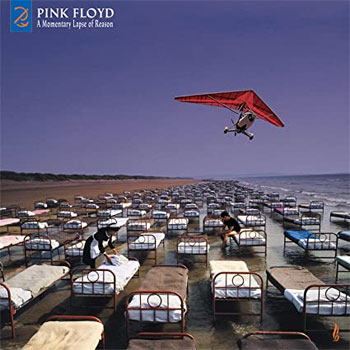 The October release of an updated and remixed version of Pink Floyd’s A Momentary Lapse of Reason represents an opportunity to correct some of that album’s shortcomings, making it a truer example of the band’s strengths in the late ‘80s. It also marks an opportunity for Aubrey “Po” Powell, the band’s longtime visual collaborator, to revisit his cover art for that record. Moreover, it presents an occasion to take a look back at the groundbreaking and influential work he did as part of Hipgnosis, the leading album design group of the rock era.

More than any other artists or designers, the work of Hipgnosis defined the character of – and set a high standard for – rock album cover art. Between 1968 and 1983, the London-based art design group led by Storm Thorgerson and Aubrey Powell created a staggering body of work, developing iconic cover art and packaging for more than 250 albums.

Beginning with Pink Floyd’s second LP A Saucerful of Secrets and continuing through to Rainbow’s Bent Out of Shape, Hipgnosis worked with virtually every big name in rock (especially British artists) and played an important role in elevating album cover art into a creative discipline of its own. Powell explains that it’s in large part thanks to Floyd guitarist David Gilmour that he ever got into album design.

Growing up in Cambridge, England, Powell was a childhood friend of Gilmour. A musician himself, Powell recalls asking his guitarist friend what he thought of his band, The Darktown Strutters. “I don’t think you should give up the day job,” Gilmour told his fellow teenage instrumentalist. “So that was it,” Powell says with a chuckle. “I decided to stay working in graphics, photographs and stuff like that. And it turned out to be pretty successful.”

Powell is greatly understating the matter. Browse the record collection of any aficionado of rock music and you’re likely to encounter dozens (if not hundreds) of Hipgnosis designs. From the “prism” cover of Pink Floyd’s The Dark Side of the Moon to Led Zeppelin album covers (Houses of the Holy, Presence and In Through the Out Door, to name a few) to Paul McCartney (Venus and Mars, Wings at the Speed of Sound, Wings Over America and more), The Alan Parsons Project (I Robot, Eve and others), Hipgnosis has created the visuals that remain integral parts of those releases. They’ve also done the same for Emerson Lake and Palmer, Electric Light Orchestra, Bad Company, 10cc, The Hollies, Caravan, Al Stewart, Black Sabbath, Genesis, Todd Rundgren, Hot Chocolate, Bad Company, Scorpions and even Throbbing Gristle along with many, many more.

In 1968, Powell was working as a scenic designer for the BBC, and his friend Thorgerson (who passed away in 2013) was studying at the Royal College of Art. The two began working together on creative projects. “We’d been shooting book covers using infrared photography,” Powell recalls, “and David Gilmour had seen some. He said to Roger [Waters, Pink Floyd bassist and eventually lyricist], ‘Why don’t we try with Storm and Powell, give them a chance to do an album cover, something different?’” 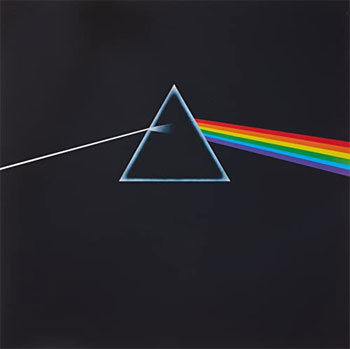 At the time, Pink Floyd was searching for a new approach and identity in the wake of losing founding member, guitarist, focal point and songwriter Syd Barrett. Part of their strategy was asserting creative control over all components of their work. But at the time, the idea was almost without precedent. “The only other band on [Harvest Records’ parent label] EMI that had creative control over their album covers was The Beatles,” Powell notes. So when Pink Floyd got their way, it was a big deal for them and the entire music industry.

It meant a lot for Powell and Thorgerson too, who named their new design outfit Hipgnosis, a pun based on the combination of “hip” and “gnostic” (spiritual learning). And the creative success of their cover art for A Saucerful of Secrets led to more work in a similar vein. Powell laughs at the memory: “Bryan Morrison, Pink Floyd’s manager, said ‘Ah, that’s great! It only cost me $50. I’ve got masses of other bands: The Pretty Things, Marc Bolan’s T. Rex. You can do their album covers, too!’”

Noting that his and Thorgerson’s fateful meeting with Pink Floyd was informal and not a “business meeting,” Powell emphasizes that had it not taken place, “we would never have gotten into the record industry.” He believes he would have stayed on his then-current path. “I probably would’ve gone on to be a production designer for movies,” he says. “And Storm would’ve probably gone onto a career in film or something. But by chance, that meeting changed the course of our lives.”

The cover and packaging for 1973’s The Dark Side of the Moon is perhaps the best-known Hipgnosis project. By that point, Powell and Thorgerson were well established, having already designed more than 60 album covers. “Our career went into a trajectory that was absolutely off the block,” Powell says.” He still marvels at the path his life and career has taken. “I had no idea that 53 years after forming Hipgnosis that I’d be talking to you about album cover art,” he says. “I had not even the faintest thought of that.”