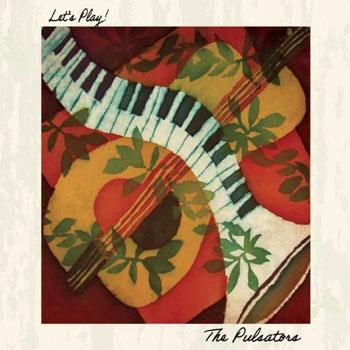 From Petaluma, California comes the six-piece band The Pulsators. The band is led by drummer-vocalist Johnny Campbell, a musician who came to my attention as a member of late’ 70s new wave group The Impostors. That group’s story is featured along with the stories of 28 other artists in my new book, Disturbing the Peace: 415 Records and the Rise of New Wave.

Bu there’s nothing new-wavey about The Pulsators. Campbell is the group’s songwriter, and his songs display a variety of styles. The brief introductory track features some ambient sounds and gently picked guitar, but those elements don’t suggest the character of the rest of the album.

The songs showcase vocal harmonies that suggest an appreciation for the Beach Boys, but the arrangements feature harder-edged playing and a robust horn section. The latter gives a slight Springsteen vibe to the songs. Campbell’s assured lead vocal work has a nicely lived-in feel to it, and the shouted choruses on tunes like “One Fine Day in Memphis” display a warm heartland character.

Let’s Play! seems to set out to be a musical travelogue, and it succeeds in that goal. New Orleans style boogie-woogie piano is at the core of “Dirty Again.” Subtle south-of-the-border horn licks decorate “Good Time Feeling.” “When the Time is Right” has a classic dance floor vibe. “Fool” stacks even more chorus vocal atop a wistful melody. Reggae textures form the basis of “Be the Change.”

And in the tradition of classic answer songs, Campbell’s original “Let the Good Times Roll Again” is a return trip to New Orleans. John Farey’s stellar, expressive keyboard work is a highlight of the entire album, and it’s showcased most brilliantly on this track.

After effectively putting across a party vibe for most of its run time, Let’s Play! ends on a contemplative note with the lovely, waltzing “A Different Light.” When the second lead vocal joins for later verses, it adds an intimate quality that serves as a heartfelt set-closer for this solid set of 13 tunes.