Catching Up with Fayssoux McLean 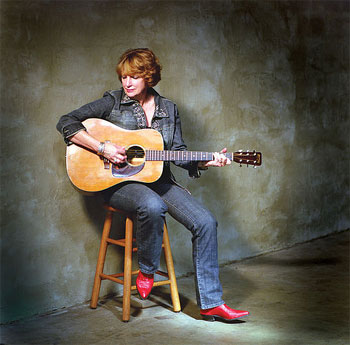 I first chatted with Fayssoux McLean in early 2018. Since that time, the feisty and irrepressible singer-songwriter has stayed busy with live performances. McLean is part of several ensembles – a duo with Brandon Turner, the trio Almost Acoustic, the Bluegrass Messengers, her electric band Fayssoux & Company – all showcasing a repertoire that spans multiple genres. McLean maintains a full schedule in Western North Carolina and the South Carolina upstate.

You’ve been playing with guitarist Brandon Turner for more than 20 years, an eternity in the music world. What’s special about him?
He is my go-to guitar player! Brandon is absolutely wonderful; I trust him with everything. I give him the last word on everything, because it’s his guitar playing that’s going to make or break it.

In addition to your original material, how do you choose what songs to include in your set?
I go all over the place! I’m eclectic, and I like a whole lot of different things, from Mose Allison – who would be considered jazz – to country: Jimmie Rodgers, Rodney Crowell, Emmylou [Harris] and Hank Williams. I do “St. Louis Blues” which is a song from 1914, I sing Chris Isaak’s “Wicked Game,” I can do “Black Magic Woman.” You just cannot tell what I’m about to do!

You worked with famed songwriter Tom T. Hall, who passed away very recently. His songs are warm, wise and funny. What was he like in person?
Tom T. was quite an unusual fellow. He played a guitar, and he said he always kept it out because, he said, “it doesn’t like being in the case.” And when I drove up to his farm to sing on his Songs of Fox Hollow album, there were peacocks all around! A great big one was strutting his stuff on the front porch as if to say, “Welcome!”

Did he ever share any musical advice?
He did. When I got ready to sing a song on the Women of Bluegrass box set, I was trying to make sense of it. He said, “Fayssoux, put yourself in the mind of a soliloquy, like from Hamlet. Pretend that you’re just talking this song, not singing it.” So I tried that different technique, and it worked better! I always loved that help that he tried to give me.

Over the course of your career so far, you’ve had a lot of great gigs. But tell me about a bad one.
Well, the potential for bad gig was at Emmylou show with Rodney Crowell and Sam Bush in Shelby. I was asked to come on stage earlier than expected. Finding the backstage flashlight fellow missing, I caught my red vintage boot on a cable and it sent me sailing out on stage in front of a packed audience. I just threw my arm up, saying “Here I am!” A stage technician picked me up, and I went to my chair and sang. But it was a great night, with a VIP reception at the Earl Scruggs Museum, and funds raised for a good cause.