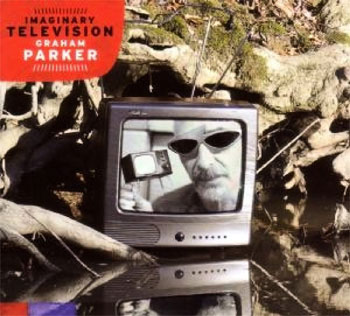 Graham Parker: Donna Summer…I have a Donna Summer record. It’s fantastic! I would much rather put that on a stereo than a punk record any day of the week. Having said that, there were some great talents. I just watched a documentary of X-Ray Spex featuring Poly Styrene. It’s a great documentary. She was a real unique talent, you know? I think in any genre, there are people who transcend the genre all the time and people who are just good. They’re worthy, but they’re the genre as opposed to the Sex Pistols or Poly Styrene and some other ones.

The Damned opened for us, of course, and I thought, “Oh god, don’t let this catch on, please!” You know? Because the critics, you see, people thought punk was around in ’76. Well, the Ramones had a record out. Yes, they transcended it, because they were a pop group as well.

Bill Kopp: They were bubblegum.

Yeah, they were a bubblegum, cartoonish rock band with a tongue in their cheek and, you know, when they played in England, they sold out. In America, they couldn’t get arrested outside of New York. I was playing in 2000-seat theaters. One night, me and Bob Andrews would just play a big place, we went to see the Ramones at a high school gym, and this was well into the ‘70s, like 1978, ‘79, I don’t know. Somewhere around then, we’re hitting something that I would’ve thought of as the “big time,” the theaters and the unis, and in some cases packing them out, and the Ramones were at this high school gym that was quite semi-popular.

I think it was me and Bob. I don’t know who else was there. It must’ve been Steve. He was a fan of theirs. It was brilliant! It was fucking great! You know? And it was in an echoey gym. So, it was all these massive sounds, like the Wall of Sound and Phil Spector. It was great but, at the same time, in ‘76, apart from that and the Stranglers who — I don’t know whether they were punk — the guy sang in an English accent, and that’s what made it different.

That’s what made me very different. When Bowie came along, I thought, “Oh, is this the style I should try to write songs in and sing in with an arch English accent?” It seemed to be the androgyny that was big when Bowie came with Ziggy Stardust, you know? 1971. I thought, “Nah, that’s not me.” So, I stuck with the American style. And rightly so: I think rock and roll should largely be sung in an American accent. You know, I just do. I can’t help but sound British as well like Jagger did, you know? They sang “can’t.” They didn’t say “cahn’t.” You know, there’s a big difference there. The punks sang “cahn’t.” You know, they sang it like the English, which was great. It was original to do that and lean on it heavily, totally, and those punk groups were so necessary in drawing a defining line.

The Sex Pistols did it in ‘77 when their record finally came out. It was like people with long hair suddenly thought, “Ooops! Oh, shit, I better listen to this,” and they’re all talking about how good it is not really fucking understanding it, you know? So, suddenly, there was a real defining line of, “Whoops, we look a bit old-fashioned here.” You know? It just went to #1, that record, so it had that total impact that now punk was on the high street. But, that wasn’t in ‘76. That was in ‘77 and new wave as well.

You know, those new wave acts were totally different from me in that their music was minimalist. What I did was as dense as a Motown record and beyond. It was as dense as a Stones record. I like all that detail. I mean, every track we had had two keyboards on it, three guitars, sometimes we’d even have an outside backing singer. I had David Bedford do orchestration on some of Squeezing Out Sparks. And the Stick to Me album: Punk had established itself by the time that record came out, and I wanted it to be very different for that and have strings and shit. At the same time, I was singing in a much harsher, almost English accent with Stick to Me. It even affected me, you know? It affected me a little but, by the time of Squeezing Out Sparks, I came out with something that was actually original in its own way but almost new wave about two years too late, because it was a record with four instruments on a lot of the time. You know? Although usually there were two keyboards, the keyboards didn’t dominate. It was guitar, and it was very different. 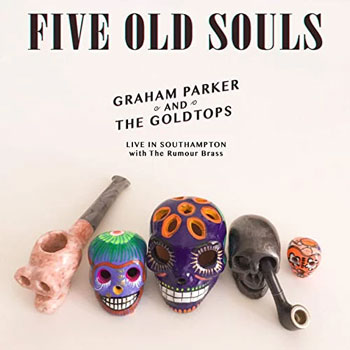 So, that’s why I got a bigger audience in America, because people thought I was another Joe Jackson or another Elvis Costello, and I think they liked it because of that. They didn’t understand I’d made two or three records before those people had a record deal. They didn’t know that, and those records weren’t going to get anywhere in America anyway. Heat Treatment and Howlin’ Wind weren’t going to play, but Squeezing Out Sparks crept in there, and I’d heard it on commercial FM radio stations that hadn’t played me before and got a bigger audience. A lot of it had to do with people thinking I was a new wave act that had just appeared. Then, many of them found out, “Oh, he’s been around a bit, but now he’s new wave.” I think that record did have that impression. I don’t think that can be discounted.

I remember when Up Escalator came out. For me, the aesthetic of it – part of it is that you were on MTV – it was sort of like crossing what you had been doing with a little bit of a Springsteen feel. Maybe not an intentional one; maybe it was just the way it was presented.

It could be, because Bruce is another one people think I was influenced by. I didn’t hear him until I’d gotten a record deal, really, and it was “Born to Run.” Nobody had heard of it. I never knew anybody who had even heard of it.

No, no one listened to those early records.

I was probably in Morocco or Gibraltar when his early records came out, which I discovered much later. You know, by the time I got a record deal, I remember my manager saying, “You should hear a bit more Bruce Springsteen. Let’s go to CBS.” I signed a record deal, so now I was somebody, and you could go in with your manager and get free records.

I heard Bruce’s first two albums and really loved them, but what I heard was “Born to Run” which had so little to do with Howlin’ Wind. People did compare us, because there was a certain style in the vocal style, I guess. There was something in there that people related the two. I thought “Born to Run” was spectacular, but it was nothing to do with me. It was a concept album. It was like a rock band recording in a subway. I mean, it was sensational, but such an on-its-own album.