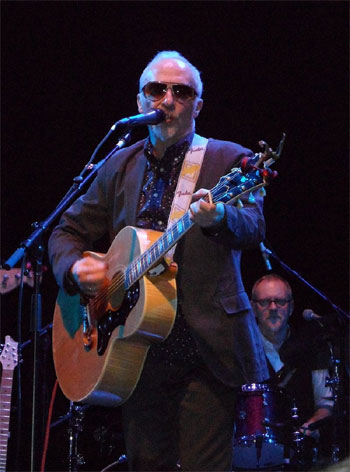 Guitarist, singer and songwriter Graham Parker first came to the attention of American audiences during the punk and new wave era of the late 1970s and early ‘80s. As a result, he was sometimes mentioned in the same breath as acts like the Sex Pistols, but musically he had relatively little in common with the punk bands. Drawing inspiration from a wide variety of sources – including American soul and r&b – Parker had more in common with thoughtful, incisive artists like Elvis Costello and Nick Lowe. But he didn’t sound like them, either; Graham Parker always has a sound and sensibility all his own.

While Parker good-naturedly dismisses his early infatuation with soul music as “just another youthful phase that came and went like all the rest did,” it’s clear that many of those musical values stuck to him. It helped that he was exposed to some of those records before others his age in Britain.

Born in 1950, Parker grew up near Surrey, south of London; his mother sometimes waitressed at the nearby army camp to earn a bit of extra money. Army officers would be transferred in and out, and oftentimes when they left, they would decide that taking their records along was too much trouble. So Parker’s mom brought the orphaned LPs and singles home. “The connection was almost immediate,” Parker recalls. “I’m 13 years old, and this soul music starts creeping into my awareness.”

Soon thereafter, Parker acquired a copy of the landmark LP Otis Blue / Otis Redding Sings Soul, given to him by a cousin. “I had this record and would sit and listen to it and cry, a 14-year-old kid absolutely moved to tears by this guy,” he says. 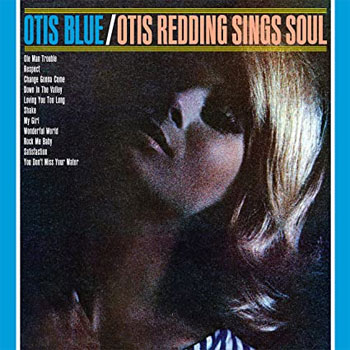 By age 15 Parker was frequenting dance clubs that opened in the afternoon. “You’d just dance to soul music,” he says. Parker’s tastes broadened from there; he was further inspired when he saw Jamaican ska/reggae legends The Skatalites at a club. “Then psychedelia raised its head,” he recalls with a chuckle. “So then, it was tripping out listening to Hendrix and Pink Floyd, things that were incomprehensible to me before I got into what you have to do to fully understand them.” Next, he became infatuated with British blues, attending concerts by the original Fleetwood Mac (featuring guitarist Peter Green) and Chicken Shack.

But his love for soul music never left him. “I guess I was in my early 20s when I suddenly heard ‘You Can’t Hurry Love’ on the radio again,” Parker says. By that time he was a budding songwriter. “I was trying to make something of it after a lot of traveling around doing the hippie thing to Morocco, working in Gibraltar and the Channel Islands.” He found himself once again obsessed with the rhythmic structures and distinctive vocals of soul. “And,” he says, “something clung to my head that, ‘That is the way to go.’”

Parker says that mainstream rock of the ‘70s in England was of a particular type. “If a band formed in Surrey, they were likely to have long hair, wear denim suits and play extremely plodding blues-based prog rock,” a style he laughingly describes as “the worst type of music, ever.”

By the middle to late 1970s in England, punk – and a style of music retroactively dubbed “pub rock” – offered an alternative to all that. And Parker’s original music folded soul, r&b and reggae into something that was at once rooted in established musical traditions yet fresh, new and exciting. Of the five albums he made with his band The Rumour between 1976 and 1980, four charted in the UK. And six out of seven consecutive Parker LPs hit the charts in the United States. Scattered singles like “Temporary Beauty,” “Wake Up (Next to You)” and “Get Started, Start a Fire” have raised his profile, but it’s in concert – both with bands and as a solo artist – that Parker is best experienced.

Today at age 70, Parker remains every bit the compelling songwriter, singer and performer. With nearly two dozen studio LPs (and as many live albums) to his credit, he continues to do things his way, building on the foundation established decades ago in a suburb south of London.

An edited version of this featured appeared previously in Metro Silicon Valley. Come back to Musoscribe soon for more from my third interview with Graham Parker.