Bill Kopp: The Residents’ Ralph Records was launched in ’72, and the label always existed well outside of what could be considered the ‘commercial sphere.’ In some ways, that almost made its existence sort of counterintuitive. Was there ever a point at which the label was financially remunerative, and was that even a goal?

Homer Flynn: The Cryptic Corporation was formed in ’76 in order to create a business entity that could, in a way, support and take care of The Residents and allow them to pursue their own aesthetic outside of commercial guidelines or limits. So, part of the idea of that was to expand Ralph Records and sign more commercial acts: Snakefinger, Tuxedo Moon, MX-80.

And on paper, that was a sound idea. What we didn’t realize is that by creating such an interesting mystique, The Residents were actually doing a better job of marketing themselves than these other ostensibly more commercial groups were doing. 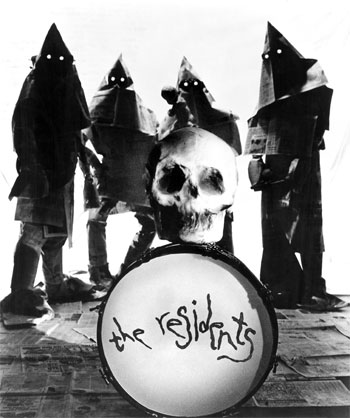 Then, it cost money to put these groups in a recording studio and record those more commercial albums, and it was not that those albums didn’t sell, but the reality is that they weren’t selling as well as The Residents who had much lower overhead. Once again, The Residents and Cryptic did such a good job of marketing and promoting The Residents that, like I said, they were actually quite profitable at that time.

Reality can be unpredictable; I’ll put it that way. I’m sure I’m not telling you anything, but the paths that reality can take can be so fascinating and meandering, and that’s certainly an interesting kind of twist and turn that The Residents went through.

Bill Kopp: The Residents were among the very first artists to explore the concept of audio sampling. Did The Residents ever receive any kind of response or reaction from the Beatles or Apple regarding ‘Beyond the Valley of a Day in the Life?’

Homer Flynn: No, not really. I mean, honestly, I think they were very self-conscious about that. They were a little concerned. You know, the original pressing of that was very limited. It may have only been 200 copies. Very limited with hand-printed silk screen covers and, you know, I think their idea was that, ‘We’re going to make this an art piece.’ Then, as an art piece, it’s much less of a target for piracy. But, at the same time, ultimately nothing ever came of it. As time went on and things were rereleased, it was a bonus track on some early CDs. You know, there was never really any comment about it. 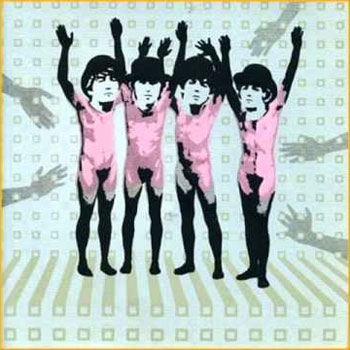 Bill Kopp: What effect has the pandemic had on the creative vision/direction of the group, and how might that manifest itself going forward?

Homer Flynn: The biggest effect it’s had on them is that they have now had three or four tours cancelled and, you know, they’re about to do three California shows – LA, San Francisco, and Santa Cruz – which is all that’s left of a 22-23 date American tour.

The Cryptic Corporation had been trying to raise money for it. We had raised some money but not enough to shoot that particular screenplay. When the first tour was cancelled, which was May 2020, all of a sudden The Residents were sitting around looking at each other going, ‘Well, you know, we don’t have enough money to make that movie, but we’ve got enough money to do something.’ So, ultimately, they went back and rewrote the screenplay. That screenplay, which was called Double Trouble, they had shot about 20-25 minutes of that script to then cut into a fundraising trailer. So they said, ‘Okay, what if we just take this and move it five years into the future? Then, that stuff that we’ve already shot can become flashback material. Then, we’ll shoot new stuff for the present, five years further along.’ And they did.
So, ultimately, they’ve been working on that ever since and, at this point, are very close to completion. We are trying to get a version of it ready for the late entry in Sundance which is late in September. It’s coming along quite well! Everybody seems to be really happy with the results.

Bill Kopp: The Residents’ body of work is large and, to the newcomer, somewhat intimidating. Could you suggest a useful entry point for someone who’s decided to begin an exploration of the group?

Homer Flynn: Curiously, the piece that seems to have held up the longest for the most number of people was the 1977/1978 album, Duck Stab. And, you know, honestly, The Residents were working on Eskimo at that time, [but] it wasn’t ready yet. They had some other ideas more like short song things. Then, Ralph Records was also saying, ‘Look, we need a product. If you want to keep working on Eskimo, fine, but give us some kind of product.’ So, they had a bunch of fragments, they went in the studio and really, in their mind, I think they felt like they kind of threw this thing together, but it’s very loose. It’s very kind of fun, in a way. It’s something that has managed to, you know, stay with at least a lot of the fanbase, so it’s a good entry point. 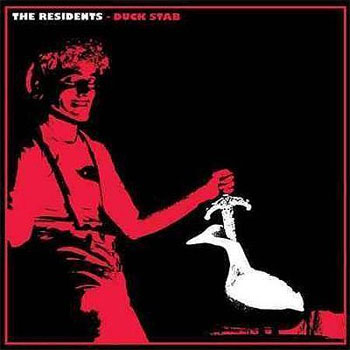 There are a couple of other albums: Demons Dance Alone which is probably about 15 years ago. It’s another collection of songs that I feel like is a good entry point. There is an amazing back catalog rerelease series that’s been done by Cherry Red. There is a box set which I think was the first thing that they released called 80 Aching Orphans, and it’s 80 songs.

Part of the thing is The Residents always felt like it wasn’t fair to a lot of their stuff to just pull songs out, because so many of them worked best within a more conceptual framework. So, ultimately, they picked out 80 songs that they felt worked okay but then felt like they had to refer to them as orphans, because they were separated from their home. So, 80 Aching Orphans is another good starting point.

Bill Kopp: It’s more or less generally accepted that, as a performing entity, The Residents have had a constantly shifting lineup, or at least some changes. Assuming that to be the case, it seems quite possible that The Residents could continue indefinitely. Does the group have a sense as to where it’s headed in the future?

Homer Flynn: This is a question that’s come up more than once. They are certainly not at all opposed to that extending indefinitely into the future. I mean, the trickiest thing is that there needs to be the people who embody that concept that come along that they feel will – not necessarily continue to do what they do, but – bring it into the future with a similar attitude, if nothing else. You know, honestly, I don’t think those people are in the fold right now.

If you have read this far, you may also enjoy: