I recently interviewed Homer Flynn of The Cryptic Corporation, discussing the Residents, the anonymous avant garde group of which Flynn may or may not be a founding member. The conversation – a kind of followup to my 2006(!) interview of Hardy Fox – formed the basis of my feature for SF Weekly. But a great deal of the interview went unused in that story. What follows is a lightly edited transcript of the best of the rest of our conversation. We began – off mic – with an acknowledgment of that 2006 interview. – bk

Homer Flynn: You said that you spoke to Hardy. I guess you’re aware that he died about three years ago, which was really a shame. He and I had been very close over the years. We weren’t that close at the time when he passed but over the course of my life, you don’t replace relationships like that. 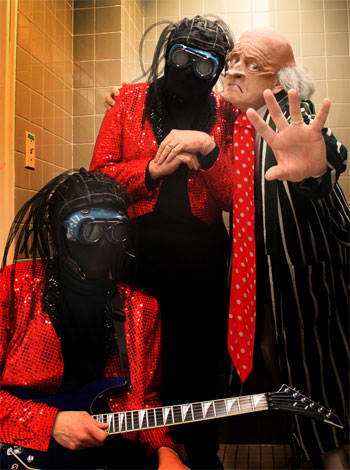 Bill Kopp: The Residents immersed themselves in multimedia before that term even really came into wide use. I understand that work on Vileness Fats began in the early 70’s, and there were even films predating The Residents that were produced in the 60’s. Did the group – or even the proto-group before it was The Residents – have a sense that they were working on something that was ahead of its time?

Homer Flynn: I’m not really sure. They really felt like music was their entry point in a lot of ways, because of the hippie thing. People think about hippie groups, and they think about the Grateful Dead or maybe Jefferson Airplane, but it was fairly eclectic. There were a lot of groups that really didn’t necessarily fit into any category that easily, and so they felt like this was kind of their entry point. But they always felt like the visual side of things was just as important.

The other thing that really drew them to music was that from a technology point of view, it was much more accessible. One of the seminal points that they referred to was…a couple of them were working at the post office, and there was a guy that was a friend who, for whatever reason, left the Bay Area, went back to Chicago, and he had a tape recorder that was stereo, but it was sound-on-sound, which meant that you could record the two stereo channels separately.

They would record one channel and then the other channel, mix them together, record another one, mix that together, then ultimately build up something that, while no particular part was necessarily that interesting, all blended together to kind of create its own sound or their sound. And they recognized that early on.

Bill Kopp: You mentioned that The Residents were admirers of Terry Riley and Steve Reich…

Homer Flynn: I know the Come Out album was this kind of like tape looping thing that just got more and more and more crazy as it went along. They picked that up cheap at a record store somewhere and would listen to that over and over again. 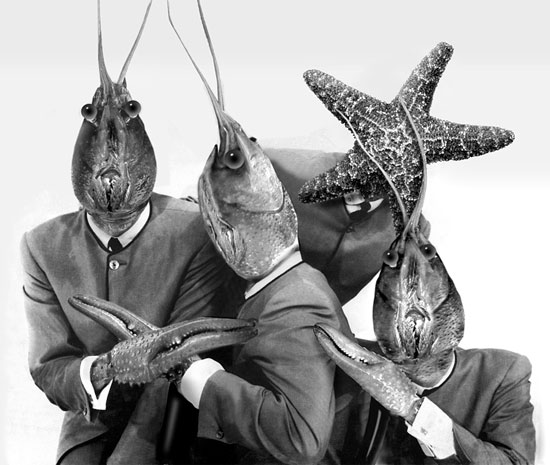 Bill Kopp: What else can you tell me about The Residents’ debut live performance at The Boarding House in ‘71?

Homer Flynn: This was when they were really establishing their relationship with Snakefinger, with Philip Lithman. At that time [at the Boarding House], it seemed like all anybody wanted to do was James Taylor or Crosby, Stills, and Nash imitations. You know, Philip had his own kind of acoustic guitar kind of thing. He was more bluesy, but he had his own acoustic kind of thing he could do. There was one of The Residents that was particularly close to Philip, and he would go with him to these things and just kind of kept thinking, ‘Well, you know, we could do something in this context, and it would be a lot different than James Taylor imitators.’

And ultimately, The Boarding House show, in its own way, was completely unexpected. [But] it wasn’t like it was totally ad libbed.They had rehearsed it to some extent and, you know, it was The Residents plus Philip plus maybe one or two more guests that came along with them. It was just a lark as much as anything. They wanted to perform, wanted to do something, and that’s what came out. 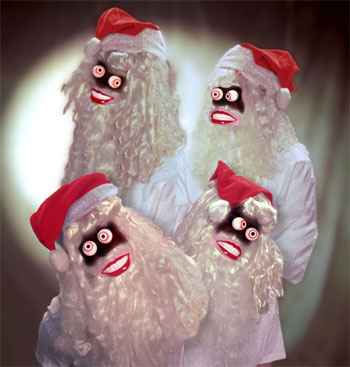 Homer Flynn: No, not really. Honestly, once they released an album, and they could read a review of it in Rolling Stone, they kind of felt like, ‘Well, the theory of obscurity doesn’t really hold anymore.’

They’ve had times when they tried to go back and revisit it, for one reason or another. They had some project that they felt like, ‘Well, nobody’s going to care about this anyway. Let’s just try to do more under the guise of the theory of obscurity.’ But, even so, they’ve never been as enmeshed in it as they were in the beginning.

Bill Kopp: To what degree do you think that The Residents reflect or communicate any of the character of San Francisco?