Few in the early 1970s might have predicted that one of music’s strangest (and most original) acts would continue to tour and release new music well into the 21st century. But San Francisco-based avant garde collective The Residents have always confounded expectations.

Though the group’s history is by design murky and mysterious, it’s generally accepted that the steadfastly anonymous group (of an unspecified number of persons) relocated from Louisiana to the Bay Area in the 1960s. Longtime Residents spokesman (group member?) and graphic artist Homer Flynn says that the individuals who would eventually create art as The Residents were drawn to the region. Coming from the American South, then home to political figures like George Wallace (“the original Trump,” Flynn suggests), they were impressed with San Francisco’s “sense of openness and fresh look at society and culture.” 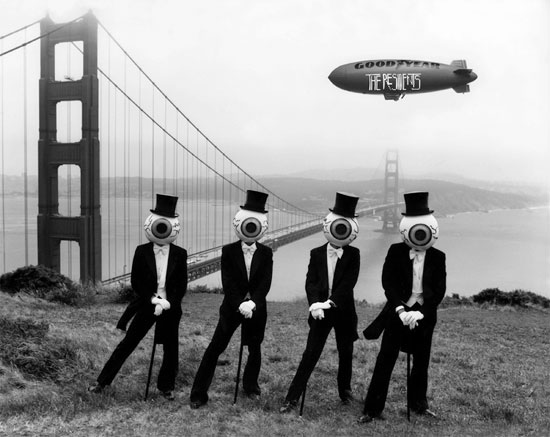 But they could easily have ended up elsewhere. “If they had a good landing spot in New York, they might’ve wound up there,” Flynn suggests. “But as it was, they had friends and contacts in the Bay Area.

By the late 1960s — years before they started billing themselves as The Residents — the collective began working in multimedia. The Residents were inspired by elements of the San Francisco hippie scene, yet considered themselves apart from it. “They kind of felt like they were on the fringes of that,” Flynn says.

Even in their earliest days, The Residents “had a very strong commitment to a broad range of aesthetics,” Flynn says. And because music was among the most accessible types of media, he says that they focused on that as their entry point. “They really didn’t consider themselves to be musicians as much as sound makers,” he says. “I think they considered themselves to be more of an art collective than a band or a group of musicians.” Yet The Residents viewed multi-track recording as a gateway to creative expression.

But for The Residents, the visual side of things has always been just as important as the music. Working under the alias Pore No Graphics, Flynn would be responsible for much of The Residents’ visual iconography. From its distinctive album art — with mashups of The Beatles, Adolf Hitler, Dick Clark and other disparate historical and pop culture elements — to the group’s tuxes, top hats and giant eyeballs, The Residents were distinctive and out-there visually in a way that matched their outsider music.

To the uninitiated — or to music listeners fed a steady diet of commercially-oriented pop — The Residents’ music can sometimes seem primitive or even haphazard. But though the creative collective sounds like nothing else, its sources of inspiration include some serious, highbrow artists. “They were huge fans of Sun Ra,” says Flynn. He also mentions modern composers Harry Partch, Steve Reich, and Terry Riley as influences upon The Residents’ musical aesthetic.

The Residents’ first public performance was in 1971 at a then-new venue on Bush Street, The Boarding House. Home to pop music and stand-up comedy shows, it might not have seemed a good fit for the avant-garde collective. But The Residents (joined by Philip “Snakefinger” Lithman) showed up for a Monday night open mic session. “Anybody could go in and do 10-15 minutes,” Flynn says.

Flynn describes The Residents’ premiere as “almost a guerrilla attack on the club.” Following what Flynn characterizes as “a bunch of acoustic guitar playing folk singer types,” The Residents were different. He says that some in the audience appreciated it: “They were bored out of their asses and thought, ‘Thank God something’s happening!’ But other people were like, ‘Get this shit out of here!’” Flynn notes that the performance elicited the intended effect. “People reacted,” he says. “And that was the most important thing.”

Homer Flynn says that in the late ’70s, The Residents’ first three LPs — Meet the Residents, The Third Reich ‘n Roll and Fingerprince, each pressed in quantities of 1,000 copies or fewer — were hard to find. While The Residents’ homes were filled with boxes of unsold records, there were very few places where discerning consumers could purchase them. 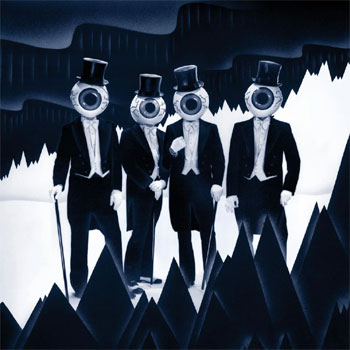 But after toiling in the under-underground for a decade, The Residents received something akin to a big break. In 1977 or ’78, Paul Rambali, a writer for London-based NME (New Musical Express) visited San Francisco and discovered those records at Chris Knab’s Aquarius Records on Castro Street. Rambali “wrote up all three albums,” Flynn says, “giving them two five-star and one four-star reviews. At that point, the records started flying out the door; The Residents regained their bedrooms.”

The group has occasionally flirted with mainstream success: Their 1979 album, Eskimo (described by Flynn as “the most uncommercial album ever released”,) sold in relatively massive quantities. “It drop-shipped 10,000 units on its first day,” Flynn says. “And it sold another 10,000 pretty quickly.” The Residents would go on to create and release a massive body of work; to date there have been more than 60 Residents albums, 10 DVDs, numerous multimedia projects, many tours and a long list of art installations.

The art collective that perversely billed itself on its debut LP as “North Louisiana’s Phenomenal Pop Combo” has, in its own strangely singular way, continued to exemplify San Francisco’s tradition of hybridizing music and visual art.

Flynn seems a bit amused when he notes that among the group’s European fans, The Residents epitomize their romantic notions of San Francisco, of “what a wild and crazy place it is.” Quite recently, he was contacted by book publisher Taschen. The Köln, Germany-based publisher is in the process of creating a book featuring iconic photos of the world’s great cities. “And what they want from me,” Flynn says with pride, “is that photo of The Residents at the Golden Gate Bridge. They felt like that was the perfect reflection back on Europeans’ vision of San Francisco.”

Nobody knows for sure who’s behind the masks at a Residents performance. And while it’s understood that the lineup has changed over the years (spokesman Hardy Fox passed away in 2018), the group’s anonymity seems to lend itself to the potential of continuing indefinitely. “The Residents are completely open to that,” Flynn says. “I see The Residents more as a spirit or a concept than a band or even an art collective.”

Stay tuned for more from The Residents…