Climbing That Tree: The Story of She Trinity (Part 5 of 5) 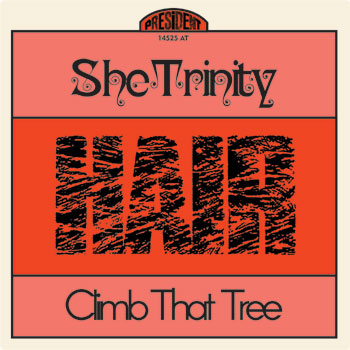 As if She Trinity’s lineup changes weren’t confusing enough, the group went by at least two other names. Yorke doesn’t recall exactly why the band went for a time by the name of British Maid, but she knows that they used the name during a tour of France. “We played all over,” she says. “We played for Jane Fonda and Roger Vadim. We were the toast of Saint-Tropez.”

“I think these name changes were for copyright reasons,” says Moran. “I don’t know the ins and outs of it. But one time we were British Maid, and one time we were Gilded Cage.” As Gilded Cage, the group would release two singles, recorded for Philips in Germany. The character of “Long Long Road (for the Broken Hearts)” is equal parts beat group and Mamas and Papas-style vocal number.

Woodman says that “Long Long Road” was released in England but didn’t get much airplay. “And we forgot about it, really. But about a year later when we were in Germany, Pauline and I were sitting in a café in Frankfurt. And all of a sudden this thing came on the jukebox. I looked at her and she looked at me. I said, ‘That’s familiar.’ And she said, ‘Oh, Christ, it’s us!’” The record was on the charts in Germany.

The flip side of “Long Long Road” is a grooving, soulful tune by Eileen Woodman, “Baby Grumbling.” “It’s a 12-bar blues instrumental with me going absolutely berserk on a Hammond organ,” she says. “I really liked that, because my big idols were Jimmy Smith and Jimmy McGriff.” 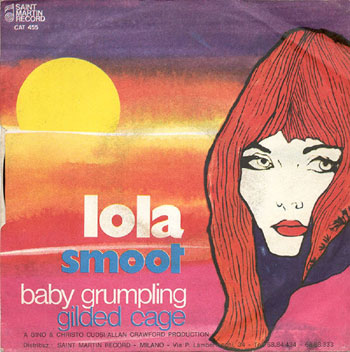 But a second Gilded Cage single is one that Woodman would prefer to forget: the traditional “My Bonnie” done up in a reggae arrangement. “Oh, god,” she says. “It’s awful. I grind my back teeth when I hear it.” Released in Germany, its b-side was a cover of “Hair,” with strangely enunciated vocal harmonies that suggest how German speakers might have sung the English lyrics.

The final lineup of the group was Moran, Jonsson, Woodman and Yorke. That lineup released a final single as She Trinity, with its then agent producing. The a-side was a new (and superior) recording of “Hair.” “We’d gone into Bob Potter’s studio and we did ‘Hair’ again because that had been a hit for us in Germany,” Woodman recalls. The success of that record led to a number of radio appearances (including one hosted by Emperor Rosko) and television gigs; one of the latter found She Trinity co-billed with The Equals.

The b-side of “Hair” ranks as the most unusual release from the group. “’Climb That Tree’ is a strange one, that,” says Woodman. “That’s me singing lead. I always thought it was a pretentious parlay of rubbish.” 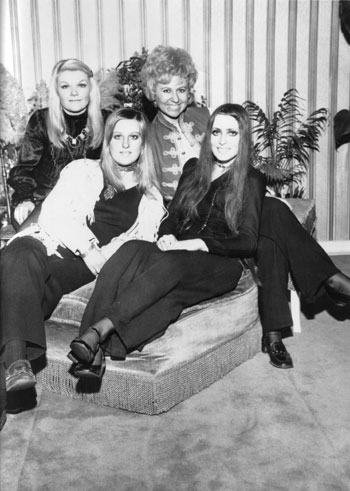 Woodman’s harsh assessment notwithstanding, “Climb That Tree” has its admirers, especially among aficionados of heavy psychedelia. Its slamming, percussive organ parts and complex, stop-start arrangement skirt the margins of what might be called proto-progressive rock. But aside from Woodman, She Trinity is nowhere to be found on the recording.

“It was a band called the Onyx,” Woodman explains. “Another of Bob Potter’s bands, and that track was already laid out.” Though Robin Yorke insists otherwise, Woodman says that she laid down an organ part in addition to her arresting vocal.

That final single didn’t sell in great quantities, and the group saw the end coming. Yorke says that the BBC’s shutdown of pirate radio led to reduced chances for airplay, and that meant fewer opportunities for live work. “Inger wanted to go back to Sweden, and Pauline got an audition to get into RADA,” she says.

The band quietly split, and its members went their various ways. Yorke returned to Canada. After turning down an offer to join Patti Quatro and the Millington sisters in Fanny, Woodman went on to work with Billy Connolly and Gerry Rafferty; later she led a band of her own, Bitch, and then teamed up with former Applejacks bassist Megan Davies. For many years, Moran worked primarily as a stage actor, but moved into film and television as well. Her most well-known role is as Miss Lemon on the long-running BBC series Agatha Christie’s Poirot. 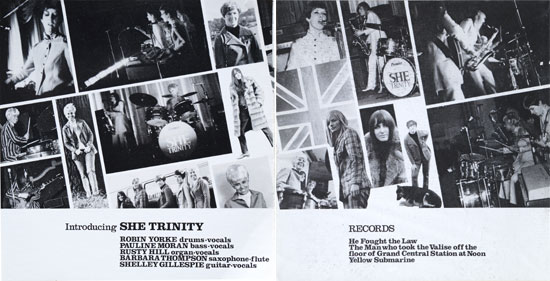 A few years ago, Moran acted in a television commercial for British Telecom. And it inadvertently brought back memories of the group she had been in so many years before. “I had to play a character through from the ‘50s to the ‘70s,” she recalls. And for the run-through ahead of filming, she did what she describes as “one of those awful improvised interviews with another actor who was playing the grandson. So, I decided to feed something in. I said to the grandson, ‘Well, your old grandma used to play in a rock band! I bet you didn’t know that, did you?’ And, of course, the conversation went on and on.”

While this was happening, the client and director seated nearby were looking Moran up on Google. “And they found out it was true,” Moran says. “So, when we actually filmed the advert, they had pictures of She Trinity all around ‘grandma’s house.’” Today at age 72, Moran still has her prized Burns bass from her She Trinity days. “It’s got the ‘wild dog’ switch,” she enthuses, “which gives you that incredibly percussive sound. It was a damn good bass guitar in its day.” Moran proudly points out that she remains a member of the Musicians’ Union to this very day. “I received my ‘Golden Clef’ badge for long service,” she says. 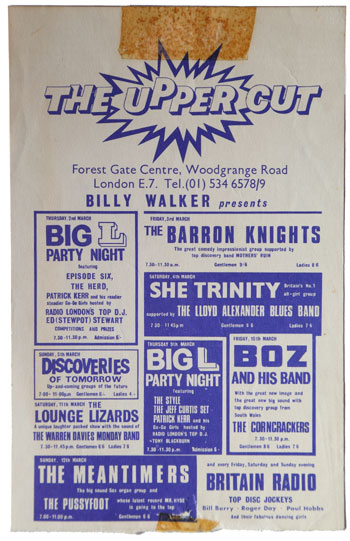 For most of its former members, She Trinity is something of a footnote, but it’s one they remain proud to have experienced. “We were in a man’s world,” says Robyn Yorke. “I’m surprised that we got as far as we did. But we had a very big following.” Eileen Woodman says that even though She Trinity never made it big, they accomplished something important. “We were the first [all-female band] in England to get a record in the charts,” she says.

“It’s a shame, really, that we never got to make any albums,” Moran says today. “Because that was not the general thing in those days, you know? Only the huge bands got to do an album. But then, bearing in mind how patriarchal the business was, it’s not surprising.” Still, Moran looks back fondly upon those days. “It’s nice to be thought of 50 years after the event,” she says.

Sincere thanks to Lucas Campbell, Shelley Gillespie, Ana Gracey, Eileen Woodman Harron, Beryl Marsden, Pauline Moran, Carola Daish Parker, Barbara Thompson and Robyn Yorke for their help — in the form of interviews and/or furnishing of images from their private collections — with this feature.