Climbing That Tree: The Story of She Trinity (Part 4 of 5)

The band had parted ways with Mickie Most by the time Thompson joined. Working with American producer Steve Rowland, She Trinity recorded a single in a West End studio with the saxophonist. The CBS single featured a cover of Gene Pitney’s “Across the Street” backed by “Over and Over Again.” It’s one of the rarest records in the group’s catalog. “I remember Peter Frampton was also recording there that day,” Thompson says. “Another group poached me to play the flute part on their cover of ‘I’ll Be There.’”

A CBS Records press release from that period announces that Spencer Davis had signed “petticoat pop” group She Trinity to his new management company. But none of the group members has any recollection of such an arrangement. “We were never managed by him,” Yorke insists. “We were on one of his shows, though, with Stevie Winwood.” That release also names guitarist Liz Hall – formerly a band mate of Moran and Janet Baily in The Missfits – as a member of She Trinity. Asked about that, a seemingly bewildered Yorke responds with a single word: “Who?”

Barbara Thompson was with She Trinity for about a year. “I don’t think Barbara really enjoyed playing with us,” Moran says. “Clearly it was not her type of music at all, but we did have a good time.” Depending on whose recollections one subscribes to, a controversial incident led to (or was the excuse for) the jazz musician’s eventual departure. 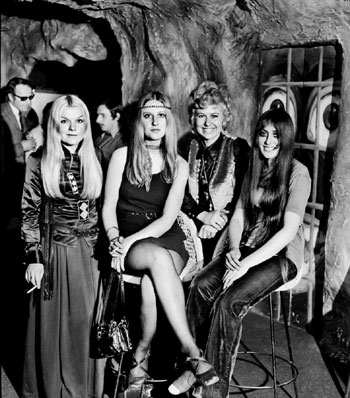 For this feature, Thompson shared an excerpt from her upcoming autobiography in which she writes about the episode. “The last straw came when we were asked to wear extremely skimpy outfits – a black mesh bikini with stockings, suspenders and little else – for an appearance on The Kathy Kirby Show. I wasn’t happy with the look, refused to wear the outfit and ended up leaving the band.” She doesn’t look upon the incident as striking a blow for feminism, though. “I was simply trying to carve out my own career and didn’t think the She Trinity outfit would do me any favors,” she writes.

Pauline Moran counters that the outfits weren’t too revealing. “Anything more modest you couldn’t find, really,” she says. But the episode “drove a wedge between us.” By 1970 Thompson had joined husband Hiseman in pioneering jazz-rock group Colosseum. 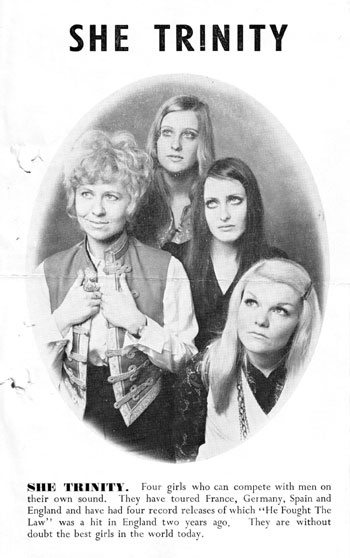 Liverpool singer Beryl Marsden joined She Trinity for a time as well. She replaced Maxine Silverburg, who occupied the lead vocalist role in the group for a very short period. Marsden brought an impressive pedigree: she had recently left Shotgun Express, a band featuring Peter Green and Mick Fleetwood (soon to form Fleetwood Mac) and Rod Stewart.

“I thought it might be nice to work with girls for a change,” says Marsden. “I’d just been [in bands] with boys since I was 14.” She knew Thompson before joining. “I knew she was a good musician, and it just sounded interesting,” she says. “Two girl drummers, as well.”

Moran also recalls a time when her former band mate in the Missfits, drummer Janet Baily joined She Trinity. “For a time, we sort of enlarged the band,” she says. “And that meant that Janet came and joined us for a lot of European gigs that we did.”

But once again, accounts differ. “Janet Baily was never a member of the band,” Yorke insists. “She was an experiment. Some bands were starting to use two drummers, so we thought, okay, let’s try it. She was only with us about a month.”

Marsden vividly recalls the gigs on American army bases in West Germany. “The atmosphere at the bases was very rude, very segregated,” she says. “There were what they called ‘brothers’ and ‘rednecks,’ and you felt there could be a fight at any given moment.” She says that the American soldiers seemed to think that the all-female She Trinity was little more than a gimmick. “But once they realized we could play and we were actually not bad musicians, we went on quite well. You could just see skepticism until maybe one or two songs in, and then they started looking and listening.” 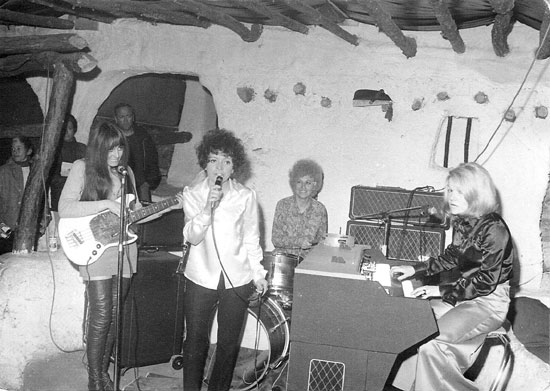 Other than James Brown’s “Night Train,” Marsden has difficulty recalling much of the group’s live repertoire. “I can remember songs that I sang with Shotgun, but I can’t remember what I sang with She Trinity!”

Eileen Woodman does recall some of the songs the group played in its later years. “Rocky stuff,” she says. “We didn’t do girly stuff; we were loud and noisy.” The group’s newest member, Swedish guitarist Inger Jonsson was “pretty keen on blues as well,” Woodman says. “So we used to do some BB King and Albert King.” A cover of Bob Dylan’s “This Wheel’s on Fire” a la Julie Driscoll figured into She Trinity’s set as well.

Moran recalls the first time she saw Jonsson. “We all went to meet her at Heathrow Airport,” she says. “And our road manager stopped dead seeing her in the distance, coming towards us, carrying her guitar case. He said, ‘It isn’t. It can’t be!’” The road manager approached Jonsson, took her guitar case from her and opened it. “He was absolutely ecstatic to see the guitar she’d got,” Moran says. “Which was a black Gibson Les Paul with three gold-plated humbucker pickups. An unbelievable guitar!” 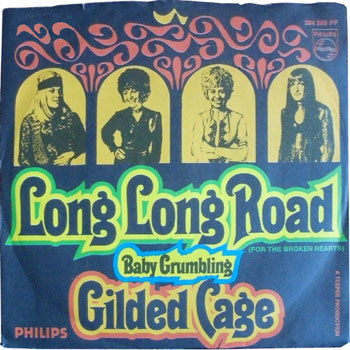 After the German dates, She Trinity played a month-long residency at a Paris club. “And then we did gigs at a ski resort for a couple of weeks,” Marsden says. “We did quite a few gigs in France.” During Marsden’s tenure in the group (“a very short space of time, really,” she says) she didn’t take part in any recording sessions. After leaving the group, she formed a Liverpool band called Sinbad, and went on to a career leading her own group. A 2013 stage musical, One Dream: The Beryl Marsden Story chronicled her musical career.

Woodman says that She Trinity’s European tours were memorable, and sometimes frightening. She recalls “having to rush out of Marseilles because the mafia were going to kill us. And there was one where we got stuck in a snow drift in Germany somewhere. And then there was the one in the French Alps at the pub with no roof.” 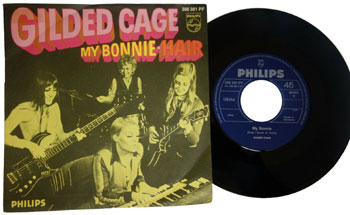 That last one needs a bit of explaining. “I believe it was in 1968,” Woodman says. “It was when the Winter Olympics were going on in Grenoble. And there was no roof on this place, just big plastic bags. And one night everything started melting. We walked into the club to get ourselves sorted out, and the stage was about a foot deep in water.” When the band refused to play, the club owner was upset. “We said, ‘He obviously doesn’t understand the correlation between water and electricity,’” Woodman chuckles.

“Another time, Beryl Marsden’s suitcase fell off the top of our Volkswagen camper van,” Woodman says. “I think it fell down a mountainside somewhere. She had to borrow all our clothes after that, because we couldn’t find it.”