Climbing That Tree: The Story of She Trinity (Part 1 of 5) 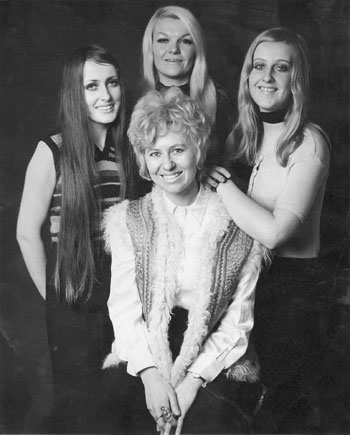 It’s possible to be a groundbreaking musical act, to pave the way for future artists all while gaining little fame and fortune yourselves. That’s the case with She Trinity, a remarkable all-woman band of the middle- and late ‘60s. They played their own instruments and worked with a high-profile producer, but the group never broke through to the big time. But their success – limited though it may have been – made it easier for later all-female bands like Fanny to flourish in what was then very much a man’s world.

At least ten young women would pass through the ranks of She Trinity during the band’s time together. Several of its former members would go on to other pursuits in which they found greater acclaim, but the group left behind a novel and compelling story.

Encountering a band featuring female musicians who sang and played was quite unusual in those days, especially in the U.K. While the U.S. had its notable all-woman groups – Goldie and the Gingerbreads (featuring Goldie Zelkowitz, later known as Genya Ravan) and the Pleasure Seekers (featuring sisters Suzi and Patti Quatro) – for a time, Great Britain’s only female band of note was the Liverbirds.

But an international aggregation called She Trinity made inroads as well; the group released a string of singles between 1966 and 1970, and toured widely, especially on the Continent. She Trinity would share bills with The Who, record with producer Mickie Most, work in the studio with John Paul Jones and be managed by Peter Grant. The group’s music would touch on pop, rock, blues, soul and even psychedelia. 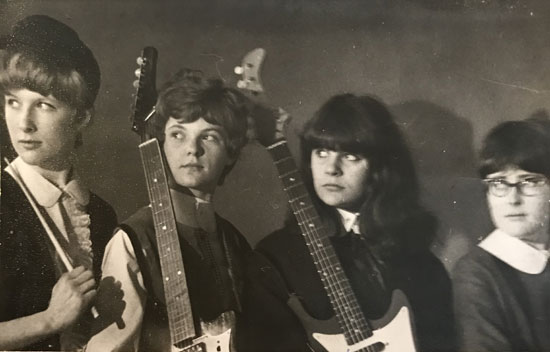 The roots of She Trinity reach back to two even earlier all-female groups: The Missfits, a Blackpool group, and Lady Greensleeves, a Toronto, Canada band led by Robyn Yorke. “I was a drummer,” Yorke says, “and I had played in a jazz trio: two men and myself.” One day her agent suggested that she form an all-female band. “I thought, ‘Why not?’ And that was the beginning.”

A British emigre then about 22 years old, guitarist Shelley Gillespie was a friend of Yorke’s. “Robyn’s about ten years older,” Gillespie says with a hearty laugh. “I know, because we found her passport one day!” The band found a teenage singer, Sue Kirby, who answered an ad and moved from Long Island, New York to join Lady Greensleeves. “I can’t even remember the bass player’s name,” Yorke says. “We were always looking for a bass player,” Gillespie adds. “I think we had about three before we went to England.” 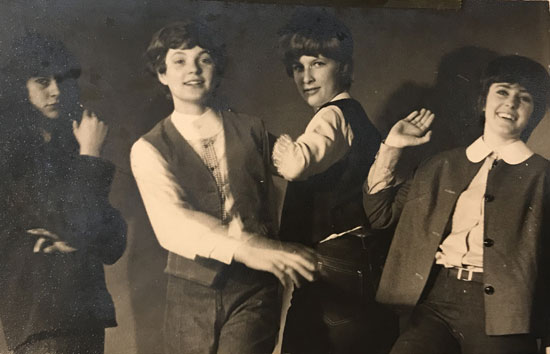 Shelley Gillespie recalls that she owned “a very ancient guitar and knew three chords. “’Robyn’ – that’s not her real name – got a friend of her agent to coach me a little bit, so I learned a few tricks,” she says. The group played regularly at bars throughout Ontario, and eventually Yorke made the decision to seek the band’s fortunes overseas.

The trio boarded the Queen Mary for a transatlantic voyage. “We fetched up in England at the very end of ‘65,” Gillespie says. “Robyn had connections, somehow, with the agent for Eamonn Andrews, and he decided to take us on. The agent wasn’t very up on music of any kind – let alone pop music – but he introduced us to a record producer called Mickie Most.”

Yorke’s recollection differs. “When we got to England, we didn’t know anybody,” she insists. “So I just sort of checked around.” She says that she found a manager in Peter Grant. He managed other groups as well, including the New Vaudeville Band (“Winchester Cathedral”), and often worked with producer Mickie Most. 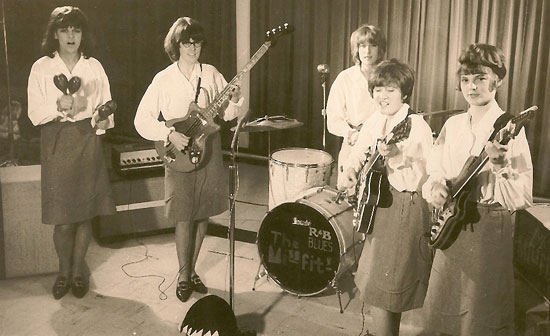 “Eventually we left the guy who was supposed to be managing us, and went to Peter Grant,” Gillespie says. “Mickie took us on [as a producer], but I don’t think he was too keen.” Needing a bassist, the band placed an advert in Melody Maker. A Blackpool teenager called Pauline Moran answered the advert, auditioned and joined the band. Around the same time, Most renamed the group She Trinity (no “The,” Moran emphasizes).

Pauline Moran had several years’ experience as a musician to her credit by the time of that audition. “I was 13 when I got my first acoustic guitar,” she recalls. “I didn’t want to learn traditional guitar; I simply wanted to play rock and roll.” As early as 1963 she had formed all-girl band The Missfits. With drummer Janet Baily, her classmate at all-girls school Elmslie, Moran recruited other female musicians to the group. “We did a lot of local gigs, in working men’s clubs, mainly,” she says. “We had a special dispensation from the musician’s union that we could actually appear in these places, because we were all very young.” 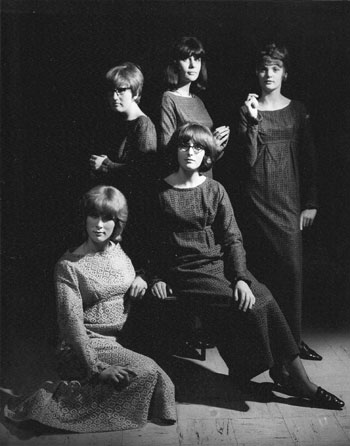 The youngest Missfit was 14-year old guitarist Carola Daish (now Parker). “I remember in the Blackpool Gazette, they advertised for a rhythm guitarist,” Daish says. “I just called them and went off to Pauline’s house, which was in a little town called Bispham, just north of Blackpool. They asked me to play a few things, and I was the only one that could read music.” Bassist Moran offered to teach Daish how to play 12-bar blues. “I said, ‘Fine, let’s try it,’” Daish recalls. “I was with them through ’65.”

Also on guitar was Liz Hall. “She came over from Belfast to join us,” Moran recalls. “She excelled at all the Little Richard stuff, and brought the house down with ‘Long Tall Sally.’”

Moran was largely self-taught on bass, but she proved a natural. “I was the only one who could lift a bass guitar,” the 5-foot 1-1/2 inch-tall Moran says with a laugh. In those days she played a Framus, and then upgraded to a Hofner Verythin. And her musical prowess helped define The Missfits’ direction. 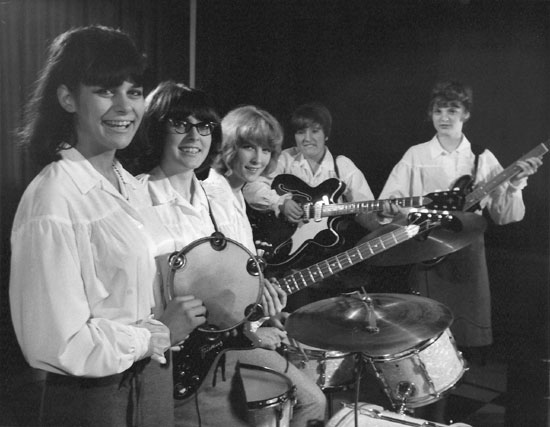 “Pauline had the most fabulous ear,” Daish says. “She could listen to something and play it. Sometimes, I would play something and she would pick it up right away.” Other times, Moran would improvise, and drawing on her musical theory training, Daish would tell the other musicians what she was doing.

“We played every weekend,” Daish says. “Sometimes Friday, Saturday and Sunday.” She says that The Missfits “were never short of having some bookings, ever. I bought my first guitar – a red Stratocaster, because we quickly got money.” When The Missfits played working men’s clubs, they had to bring along a chaperone. “That was usually one of Pauline’s relatives or Janet’s father, because they served alcohol, as well as food.” As 1964 began, The Missfits became well known throughout the Fylde coastal plain region of Lancashire, “because we were the only girl group,” Daish says. “And we were pretty good.” 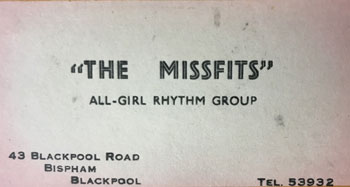 The men who frequented the clubs often brought their wives, and The Missfits played music for dancing. The group also played social events for younger audiences. One of The Missfits’ most memorable performances took place at the Empress Ballroom at Winter Gardens in Blackpool. That show would see a change in the group’s onstage attire.