Nina Simone is trending in 2021. Nearly two decades after her death, the Tryon, N.C.-born musician, vocalist songwriter and civil rights activist is as popular as ever. Just over a year ago, the Nina Simone Project launched a fundraising campaign to establish an official Nina Simone Archive in Tryon. In June of this year, a cache of previously-unreleased concert recordings was released as the two-disc Nina Simone: The Montreux Years. This August, Simone’s debut LP, Little Girl Blue is receiving a vinyl reissue. Simone’s stunning performance at the 1969 Harlem Cultural Festival is a major highlight of Questlove’s new Summer of Soul film. Also this year, multiple Grammy Award nominee Ledisi pays tribute to Simone with a new album, Ledisi Sings Nina, released July 23. 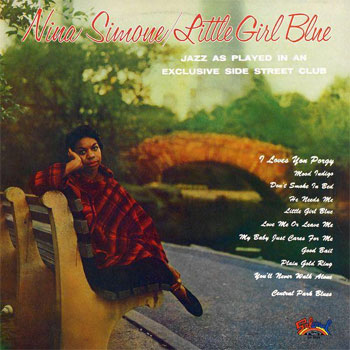 Little Girl Blue
Classically trained on the piano, Simone attended the Juilliard School in 1950. Living in Philadephia, she continued her studies on her own, playing jazz clubs to make ends meet. Her debut single, a reading of George Gershwin’s “I Loves You Porgy” catapulted her into the wider limelight. Signed to Bethlehem Records, she released the album Little Girl Blue in 1959. Featuring Simone on piano and voice, backed by a bassist and drummer, the album is a landmark jazz recording. 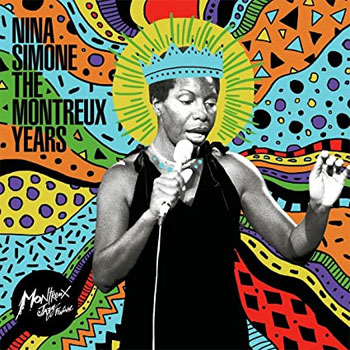 The Montreux Years
Simone would grace the stages of the Montreux Jazz Festival several times between 1968 and 1990, and a new compilation album draws from five of those performances. Her song selections featured originals like “Backlash Blues,” a song she co-wrote with poet Langston Hughes. And her choices of covers explored composers as varied as The Bee Gees (“To Love Somebody”), Janis Ian (“Stars”) and “No Woman No Cry,” a song popularized by Bob Marley.

Simone’s songs explore the concerns of a woman of color in modern society. And while her approach was a balance of confrontational and nuanced, she drew the audience into her musical world. All the while, her accessible pop sensibility was never far from the surface, as a rousing reading of one of her signature tunes, “My Baby Just Cares for Me,” vividly illustrates. 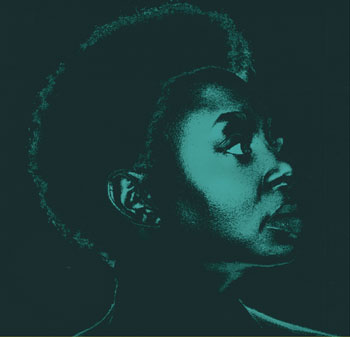 Ledisi Sings Nina
Acclaimed jazz/soul/r&b singer-songwriter Ledisi carved out her own distinctive corner of the music scene with her fifth album, the breakout success 2009 album Turn Me Loose. She has received more than a dozen Grammy Award nominations, and won her first this year. But her awe and appreciation for Nina Simone led her to her latest project.

It was Simone’s reading of the blues standard “Trouble in Mind,” that truly inspired Ledisi. “I was a young, 20-something-year-old, and I was depressed and didn’t really want to live anymore,” she recalls. But then she heard the song come on the radio, and she was transformed. “I heard this wailing piano,”she says. “And it woke me out of this daze of thinking about not being here on Earth anymore. It woke my whole body up! ‘Trouble In Mind’ just said everything I was feeling. And that’s the power of her music for me.”

Ledisi’s career has touched on Simone’s work before; with three other popular vocalists, she sang “Four Women,” a Simone original focusing on injustice toward women of color. Her acting credits include Tale of Four, a short film based on the song. When she was first invited to perform with the National Symphony at the Kennedy Center, she insisted on adding some of Simone’s material to the set.

Recorded with orchestras in Europe and the U.S., Ledisi Sings Nina is the culmination of eight years of work in between the artist’s other recording and touring activities. And Ledisi underscores the timelessness of Simone’s repertoire by slipping a reference to former First Lady Michele Obama into her reading of “My Baby Just Cares for Me.”

As Simone did when she interpreted the music of others, Ledisi puts her own stamp on the selection of songs form Simone’s catalog. Yet she endeavors to be respectful. “Anytime I’m rediscovering a song that’s not mine, the goal is to say thank you,” she says. “Always to honor the legend.” Nina Simone’s music always reflects the times, Ledisi believes. “But what’s great about it is that she’ll always be for every moment, every mood,” she says.

Nina Simone’s legacy
An informal survey of performing musicians in and around Asheville turned up at least a dozen who include songs written and/or popularized by Nina Simone in their own repertoires. Multigenre vocalist Peggy Ratusz has long been inspired by Simone’s innate ability to mix jazz, folk, blues, pop and protest. “Nina taught me to be fearless in marrying genres within my songwriting, and mixing genres on my set lists,” she says. “Her emotional intensity, her brilliance, her no-nonsense band leading and especially the empowerment she instilled directly to her audiences were unstoppable forces coming together.”

Simone’s public persona was larger than life, a characteristic that has only increased with time. Today she’s almost a mythical figure. Her globetrotting, cosmopolitan reputation focuses on her years in Barbados, Liberia, Switzerland, The Netherlands and France. But her sister Frances Waymon Fox says that the Nina Simone she knew was a mom and a grandma. “People don’t always think of public figures as individuals, as human beings,” she says. “They bleed, hurt and cry just like everybody else. And Nina was family-oriented, even though [the public] didn’t see that part of her.” 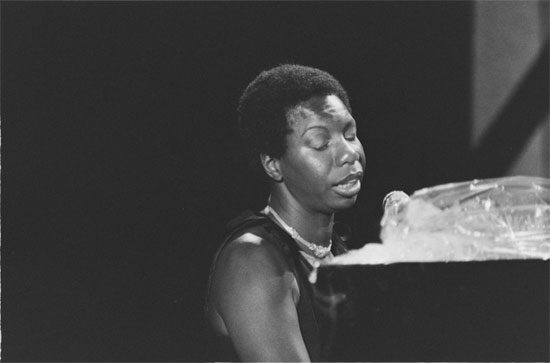 Fox has fond memories of traveling with her elder sister on concert tours. The Nina Simone she spent time with enjoyed home cooking, even when she was on the road. And thanks to Frances, she often got it. “Nina didn’t cook,” Fox admits with a laugh. “When I traveled with her, we would go get some soul food from the grocery stores, and I’d cook wherever we were. She liked collard greens, ham hocks and cornbread.” Fox acknowledges that such humble tastes are in contrast to Simone’s urbane and assertive image. But her life and music synthesized those myriad qualities.

Simone’s younger sister, Frances Waymon Fox believes she knows why Nina Simone is still trending. “Because her music is still relevant,” she says. “People of all generations can relate to it.” Fox says that Nina Simone’s music – including both her original songs and the works of others that she effectively made her own – builds on a central theme: “Let there be peace.” And Fox says that an ongoing quest for freedom was at the heart of Simone’s approach to music. “And that’s what people are still crying out for,” she says.