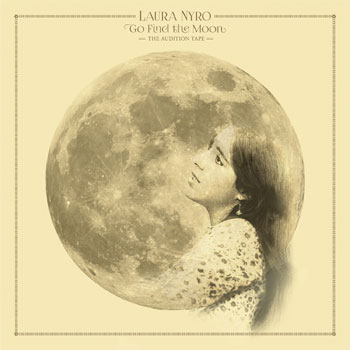 Standing in sharp contrast to the sharp and seasoned performer of 1994 found on Trees of the Ages is the Laura Nyro heard on Go Find the Moon: The Audition Tape. Recorded in 1966 when she was seeking a record deal, she displayed plenty of potential, but her talent was in a rawer state. She slurs her words in a slightly mannered fashion, slipping a giggle into the lyrics here and there. The gospel flavor of “And When I die” is pushed a bit hard, and the recording is truncated. Tantalizing incomplete songs make it clear that even in ‘66, Nyro’s command of her voice and piano were strong, and they hint at the deep repertoire that she undoubtedly had at her disposal. The false starts, fragments and bit of studio chatter underscore the fact that Go Find the Moon was never intended to be heard by the wider public. But for fans of Nyro’s special talent, it’s essential listening.