More from My Chat with Joe Bonamassa

I recently spoke to blues-rock guitarist Joe Bonamassa ahead of a summer 2021 mini-tour of the West Coast. The interview formed the core of a print feature I wrote. Below is additional content from the conversation, material that didn’t make it into that story. — bk 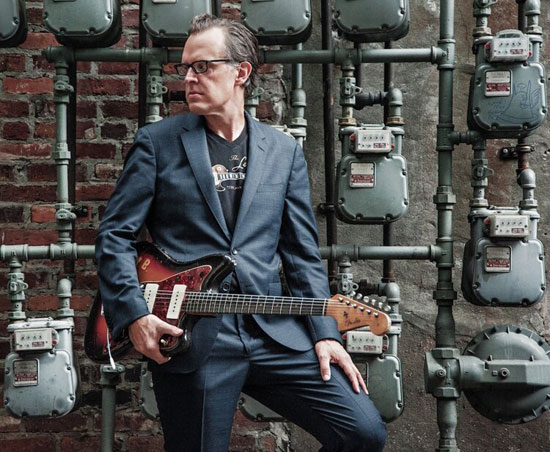 What led to this mini-tour?

We did this three-piece tour for many audiences. That was really cool, and I was like, “Well, we only have 12 shows this summer, then we’re going to wait until October and do 32.” I think the biggest audience we played for was 800 people, and that was 25% capacity. I thought it would be cool to bring it to the bigger audience. It was kind of like going back 20 years, the way we used to play those big, epic, blues rock things. I think it would be fun! I’m looking forward to it.

This is just going to be a three-piece?

It’s going to be, actually, a five-piece. We just wanted a power quintet. It’s myself, Reese Wynans is on keyboards, Greg Morrow is on drums, Michael Rhodes is on bass, and Jade MacRae is on vocals. So, we have the background, the vocal element, and keys, and we were calling it a “power trio tour.” We’re treating it like that, but it’s…The band keeps expanding. We keep picking people up on the road, you know? They’re just hanging out! But it’s the same kind of approach.

You’ve also done a fair amount of collaborative work and guest appearances. What’s the appeal of that, from your perspective? Have you been doing less of it in recent years?

I obviously was in a band called Black Country Communion which had a completely different sound. On our live and studio adventures with Beth Hart, I’m taking more of a sideman role there but, you know, kind of a protagonist in the sense that when she stops singing, I play solo. Then, there’s the solo thing, I mean you know, all that stuff is still active. It just hasn’t been as active as it has been in the last few years.

Your earliest introduction to the blues is kind of similar to mine in that you heard British blues first. Assuming that’s correct, do you think that affected the character of your playing first being exposed to people like Peter Green and Eric Clapton as opposed to, say, Howlin’ Wolf?

So, you know, when you hear “Whole Lotta Love,” you’re like, “What is this?” And you think it’s this immaculate conception. Then, you end up finding out, “No, it’s not. It’s actually a cover.” Then, you discover people like Muddy Waters and Howlin’ Wolf and the original masters, I mean, B.B. King and going back to Robert Johnson and Elmore James and this whole class of blues musicians that basically wrote the rock and roll playbook for the 20th century.

And that’s just the vehicle in which it’s delivered. For some people, I’m that guy: “Oh, I got into blues because of you, but then I discovered B.B. King.” I’m like, “Okay, that’s how it works.” It just depends on your perspective and the music you were introduced to at the very beginning.

I was still caught a little off guard when at the end of the new live album you launched into the second half of “Starship Trooper.” Obviously, it sounds like you’re having a lot of fun doing that. Do the audience’s heads snap back when you start doing that, or do they go, “Ah,” what happens?

You have exercised a remarkable degree of control over your own career, steering clear of major label entanglements yet getting major success on a scale that is generally associated with artists who are on major labels. Beyond the obvious quality of the music, is there a secret to your success on that level?

Betting on yourself, 100%. You know, we don’t do anything that isn’t betting on ourselves. I don’t know any other lifestyle. To me, leaving it up to someone else doesn’t make any sense to me; I’m not comfortable with that. My manager and I have been together 30 years this year, and we’re not comfortable with leaving things up to chance. If we do something and it fails, it’s on us. And if we do something and it succeeds, then it’s on us. We bet on ourselves financially, we bet on ourselves creatively, and you assume the risks, but you get the rewards when it works out.