The Jenny Thing: Still Indie After All These Years 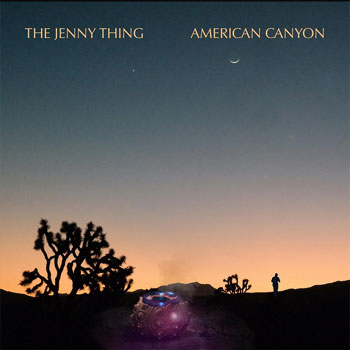 The Jenny Thing returns, and things are different

Thanks in no small part to upstart record labels like San Francisco’s own 415 Records — home to The Red Rockers, Romeo Void, Translator and Wire Train — the alternative or “college rock” sound was an important part of the musical landscape of the late 1980s. And while Berkeley-based group The Jenny Thing wasn’t on 415, their sound built upon the sounds of that moody (and sometimes jangly) style.

The group — Matt Easton, Shyam Rao, Ehren Becker, and Mike Phillips — released a pair of inspired albums in the mid-’90s. They played a high-profile gig at San Francisco Pride’s 25th anniversary celebration. Then they stopped performing live, surfacing again in 1999 to release the highly-regarded Nowhere Near You. And then they disappeared.

But after an absence of more than two decades, The Jenny Thing have returned. And they’ve brought along a brand-new album, American Canyon, out June 18.

Matt Easton explains where the group has been. “You kind of want to say, ‘Well, you know, we never really broke up,’” he says with a chuckle. But the truth is that he and his four bandmates grew up. “We were active — over-active, even — as teenagers, 20- and 21-year-olds. And as we reached the beginning of adulthood, we moved on.”

He says that in the old days, The Jenny Thing was “a van band. We were good, and on a good night it felt like more than the sum of its parts.” There was no dramatic falling out; the band just quietly… went quiet. The four members stayed in touch, and maintained their friendships. But Rao went to medical school, and Phillips relocated for a time to San Diego. For his part, after a 2001 solo release, Easton found that he didn’t have the drive to make music the way he had done before.

But by 2015, the members of the band all found themselves back in or near the Bay Area. “We did a little bit of hanging out, a little bit of band stuff,” Easton says. And the spark that had fired their earlier collective efforts showed signs of returning. From there, they found their friendships deepening, developing in a way that their 20-year-old selves might not have found possible.

In some ways, The 2021 edition of The Jenny Thing picks up right about where Nowhere Near You left off. As pleasing as their first two albums had been, Nowhere Near You seemed to signal the band truly coming into its own, with a sound more individualistic and distinctive, less informed by The Cure, The Smiths and other UK alt-rock acts.

And belatedly, American Canyon continues that development. It certainly helped that Rao had moved closer to where Easton lives; the band’s primary songwriting team could once again work together in a practical manner. But time does change some things: The group has now set aside the traditional four-piece rock band setup (“the singer plays the easy guitar, the good guitar player plays the hard guitar, and the bass player and the drummer do the same thing on most songs,” Easton explains) in favor of something more fluid.

That approach — coupled with the time away from band-focused activity — has had a creatively liberating effect on the four musicians. “Our lack of participation really untethered us from all the expectations that we had for ourselves,” Easton admits. “We had so much distance from ourselves as ‘consumed’ artists that we were really, really free in making this record.” 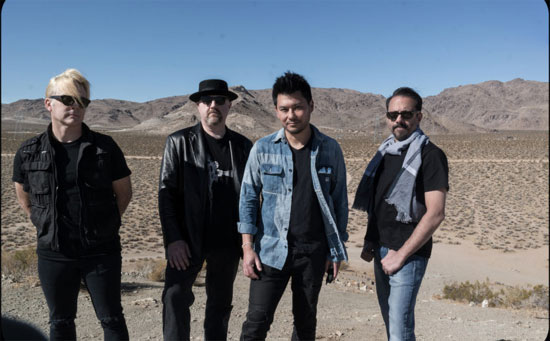 Nominally a guitar-based band in that traditional mode, on some American Canyon tracks — like the title song — guitars aren’t even used. “It’s bluesier and heavier than anything [else] we’ve done,” Easton says. “And it was all written in like 30 minutes.” He says that when he and Rao realized what they had created with that track, the future became clear: “It was like, ‘Oh, this is taking us somewhere,” he recalls thinking. “’This doesn’t suck. We better make a record!’”

That was in 2018. Work continued on the album, sometimes in-person, other times remotely. Most of American Canyon was done before the world hit pause in mid-March of last year. Easton replaced the scratch vocal tracks with new ones, and once seven songs were finished, he discovered that he wanted one more. “There was this moment when I realized, ‘This is going to see the world,’” Easton says. Citing the example of Tears for Fears’ Songs from the Big Chair, he says, “I’ve always felt that eight songs can be a meaningful album, if they’re the right eight songs.”

Easton appreciates pop values, and one of those is brevity. American Canyon clocks in at under 30 minutes, but not because The Jenny Thing lacked more good material. “I respect the form,” he says, “and for me, the form is four minutes. You can go plus or minus 20 percent and, after that, it’s like, ‘Why?’”

But when there’s a good answer to that why question, Easton isn’t afraid to go long. A centerpiece track that nonetheless closes the album, “Waiting for the Knife” is an example of the songwriter sticking his neck out. “It has a sense of both repetition and ‘cyclicality’ that takes you into these sort of higher highs,” he observes. “And then there’s almost like a pullout shot. The end is supposed to [feel] like a crane shot off a planet or something.”

And it does feel that way. The song even features a slight return a la The Beatles’ “I am the Walrus.” But Easton doesn’t seek to be too arty. “Typically,” he laughs, “we’re really happy with the three-and-a-half-minute song.” Part of the album’s success is its musical balancing act: though he characterizes himself as a disciplined lyricist, Easton’s singing is a different story. “It sounds like someone who’s a pretty good singer,” he says, “struggling against basic limitations with a lot of earnestness and a little bit of a wink.” Sort of the approach employed by those entering midlife.

Easton returns to the subject that kicked off our discussion: “So why did The Jenny Thing actually come back together? Because we took steps toward each other, and — all of a sudden — the results got good,” he says. “That’s why.”