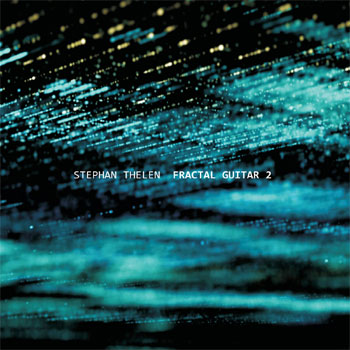 Stephan Thelen is a modern classical composer; he has been commissioned by Kronos Quartet to write a piece. His creative worldview encompasses a wide vision, as this new release demonstrates. Working with a staggeringly impressive assortment of guitarists, he has created a work that’s most assuredly not classical. The moody, vaguely sinister album has solid melodic values, and it’s highly atmospheric. The vibe occasionally recalls Voyage 34 era Porcupine Tree, and there’s a self-effacing sense of humor cropping up (titling a track “Cosmic Krautrock” in 2021 is all the proof one would need of that). Guitar fireworks about, from the likes of Barry Cleveland, David Torn, Markus Reuter, Henry Kaiser and Thelen himself. Supremely and unexpectedly accessible, and enthusiastically recommended.