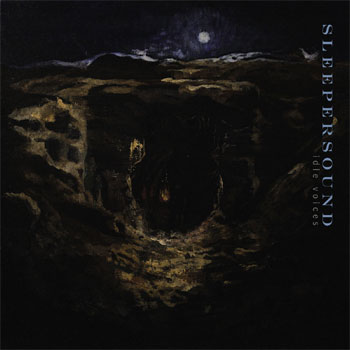 After a lengthy hiatus, once again it’s Vinyl Week on Musoscribe. For the next several days, I’ll feature reviews of new albums released on my favorite format.

When I reviewed this Milwaukee band’s previous album, 2018’s In Medias Res, I noted “a bit of a shoegazy vibe.” The group has since doubled down on that quality, and Idle Voices is all the better for it. The six songs on this LP serve up sheets of sound, with guitar textures providing the aural equivalent of a rain-streaked windowpane. There’s melody at the heart of the songs, and a vocal quality that reminds me of what Cocteau Twins might sound like if they were less precious and more intelligible.

“Silence otherwise” is a standout track, with some lovely, danceable, vaguely bossa nova styled percussion in its later moments. The fact that three of the five band members play keyboards (as well as other instruments) provides a clue as to the rich, densely layered feel of these songs. And the album title might (or might not) be a reference to the fact that on three of its six tunes, the voices are indeed idle.

There’s a meditative character to some of these songs, one that persists even when the songs get loud and cavernous. The music is a fine balance of gentleness and crushing power. My previously guarded enthusiasm for the band has been amped up significantly upon spending time with Idle Voices.