Sam Lewis: Don’t Fence Him In 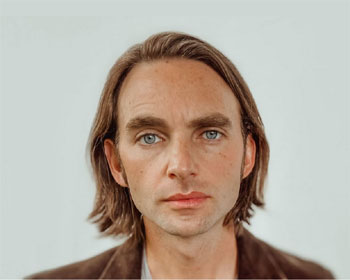 Sam Lewis is nominally an Americana artist. But a listen to any of his albums – most notably 2018’s Loversity and his aptly-titled 2020 release Solo – reveals a songwriter, musician and singer whose work transcends genre. His popular song “One and the Same” has as much to do with soulful blues like Boz Scaggs’ cover of Fenton Robinson’s “Loan Me a Dime” as it does with anything in the country and Americana categories. A decade ago he moved to Nashville to pursue his music career, but he hasn’t allowed himself to be chewed up by the music industry.

What surprised you most once you landed in Music City?

That there were so many versions of me doing the same thing, and I wasn’t as special as I thought I was before! But the biggest thing was the warm welcome by people who were just super-talented and willing to help and advise me, trying their best to bring me up to their caliber of musicianship and writing. In a city where everyone’s making all sorts of different kinds of [music], you realize pretty quickly that everyone’s in on it.

Nashville is a hub for the practice of co-writing. Is that something that you’ve gotten into?

There’s a difference between collaborative co-writing for the sake of art, and there’s “hit” writing. I was getting more into the hit writing thing and realized that I didn’t know how to write a hit. I was probably the last person who needed to be in that room. So, I really pushed co-writing to the corner of the room and focused more on finding a voice and investing in my own original expression.

When you’re writing, does the music come first, or do you start with lyrics?

It’s case-by-case, really. I’ve got a notebook with all sorts of weird one-liners that have no melody. “Sam-isms,” I call them. Other times I’ll sit and just start playing a melody, and there’s no words. It’s just, “This is how I’m feeling.” Then, the next thing I know, something comes to me. Or I might think, “’Let me try that weird line that I wrote down the other day when I was at a traffic stop and see if that and the music want to work together.”

About six years ago you toured with country music superstar Chris Stapleton. What was your most important takeaway from that experience?

There were quite a few lessons. I got a lot of lessons in how to manage success, because that was the fastest moving rise that I will probably ever see that close at hand. He and [wife] Morgane and the whole crew were all riding on the same ride, experiencing the same thing, and they stayed true to themselves and to the music. That was really eye-opening for me. If anything happens where you get into a position to be shot out of the cannon like this, these are some great lessons to learn about how to not disappear into the success.