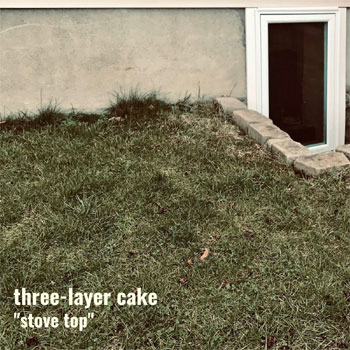 Bassist Mike Watt is one busy guy. He lends his talents and skills ot myriad creative collaborative projects, and here’s another one. Three-Layer Cake is a trio featuring Watt plus guitarist/banjoist Brandon Seabrook and drummer/keyboardist Mike Pride. Is this avant garde? Americana? Electronica of a sort? Jazz? I honestly can’t tell you; Seabrook’s banjo doesn’t sound very folky, and Pride’s drumming is rarely applied in a rock-conventional, move-the-beat-along fashion. Odd stuff to be sure, but entrancing and challenging. And the guitar riffage is sometimes (as on “Big Burner” quite punshing, in a Jeff Beck’s Guitar Shop – meets Glenn Branca sort of way. But then Prides’ catchy keyboard work comes in. It’s rare that I hear new music that doesn’t remind me of something else. This is the exception. Stove Top is way, way, way out there, but it’s a journey worth taking.