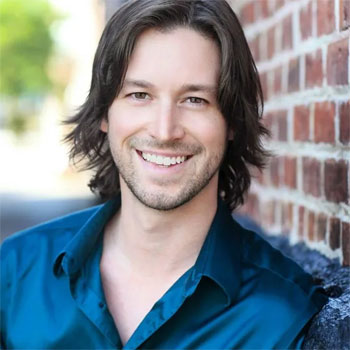 One of the most popular and enduring live music events in Western North Carolina was the Music on the Rock concert series. Though it ended before the pandemic, Music on the Rock featured a succession of tribute performances, each focusing on a popular music act. For many of those years, the program was coordinated by Ryan Guerra, a musician who moved from New York City with the express purpose of heading the concert series.

A Texas native, Guerra is a trained classical violinist. Before coming to Hendersonville, Guerra studied music business, played as a “pit musician” and portrayed Frank Sinatra and Buddy Holly in musical productions; all of those experiences helped prepare him to his work as music director of Music on the Rock.

A great deal of care and preparation went into the performances. Audiences are quite familiar with the songs by artists like Andrew Lloyd Webber, John Denver and Sting, so it’s essential that the tribute versions stick close to the sound and spirit of the music, played the way listeners expect it to be played.

Western North Carolina has a deep bench of musicians ready, able and willing to handle the often challenging musical parts that go into note-perfect tributes to Elvis, Lynyrd Skynyrd, Chicago and others. But when it came to vocalists, Music on the Rock sometimes looked beyond the region. “We were doing material that was really difficult [to sing],” Guerra says. “Like the Beach Boys and the Bee Gees.”

So in addition to local talent, the concerts drew upon a nationally-known talent pool as well. “They would fly these people from L.A. or New York,” Guerra says. “And then I would have two days: one day to work on our first set, then the other day to work on the second set.” Everyone had to work quickly. “We only had a couple hours’ rehearsal for each set,” he says. “That’s a lot of material, especially if you’re doing a set of music by, say, Eagles, with all those harmonies.”

Despite the time pressure that characterized those rehearsals, Guerra emphasizes that the entire endeavor was a great deal of fun. “Everyone’s head was in the right place,” he says. “It was such a wonderful opportunity. I learned so much, and I got to work with so many great people.”

Guerra juggled other musical commitments at the same time he was heading the Music on the Rock series; he’d often shuttle between Western North Carolina and the East coast. “I was in and out of town so much,” he says, noting that he was involved in “40 to 45 productions” in Hendersonville.

While the downtown Hendersonville space that hosted Music on the Rock would be sold, and the series ended soon thereafter, Guerra continues to do work with the Flat Rock Playhouse. “Even in 2020 and now, I’m still part of their virtual concerts,” he says. “For a virtual Christmas performance, I got to play violin, guitar and bass guitar.”

And the friendships and professional connections forged at the concert series have endured as well. “I still get together and do gigs with a lot of the people I worked with at Music on the Rock,” Guerra says. A handy example of that is his latest project, the Here Comes the Sun Band. “We used to be called the Beatle Brothers,” he says with a laugh. “But you can’t have ‘Beatles’ in the name, so we changed it.” And through it all, Guerra has found that even when performing the work of others, he finds creative expression in doing it. “They expand my knowledge,” he says. “And I’m having fun.”