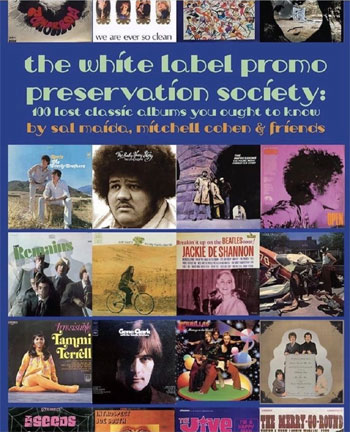 It’s happened to me, and I’d imagine it has happened to you. You’re out in public somewhere – a bar, a food court, a record store, outside a music venue waiting for the doors to open – somewhere you’d encounter strangers. And being a not-unfriendly sort, you find yourself drawn into conversation with one of those strangers. Suddenly, without warning he or she (but c’mon now: most assuredly he) launches into some deep-dive dissertation concerning why such-and-such album/song/artist/what-have-you is the Greatest of All Time™. Secrets known only to him, now shared with you, whether you want ‘em or not. Don’t you plan on getting a word in edgewise.

It can be tiring, especially when the stranger adopts a superior, know-it-all-tone. “Hey,” you are thinking to yourself (because to think it out loud would be rude) “Ease back on the knowledge dropping.” The thing is, he’s got something. He’s making an interesting point or three. If only he could have done so in a less overbearing manner.

If he had done that – if he had combined knowledge with a welcoming approach that told you what you needed to know, made a case for a particular perspective, did it all succinctly and moved on – it could have been a sublime, enlightening experience. Fun, even. And you would have come away from the experience inspired to do you own deeper dive into the topic.

[Adopts carnival barker voice] Well, dear friend, I’m here to tell you that the answer to your prayers has arrived, in handy-dandy book form.

[Returns to normal speaking voice] Sal Maida and Mitchell Cohen know their stuff. They’re not boring anoraks; they’re authorities on the subject of great music you may have never heard. And the duo – plus a well-curated roster of friends – have taken on an intriguing project: a compendium of essays extolling the virtues of obscure albums.

The White Label Promo Preservation Society explores 100 albums that were commercial flops. Now, “flop” can have a variety of meanings. But in this case, it’s broadly defined as albums that failed to live up to the anticipated commercial potential. That means that while there are some ultra-obscurities, many of the records are by artists whose names you’ll know.

That definition means – as the author-editors explain in their introduction — that they won’t waste your time telling you how great Pet Sounds is. The thinking – rightly – is that you already know that (unless you’re that one guy who writes for one of the magazines in which my work often appears).

Instead, this engrossing, page-turner of a book covers music that you might know about, but likely haven’t explored to its fullest. The book steers clear of jazz and other genres, not out of any kind of value judgment but rather as a way of making the project manageable. The albums discussed fall largely into rock, soul, r&b and pop categories, and it’s not all stuff admired only by a buncha old white guys.

The aforementioned friends include a veritable who’s-who of what Greg Lake once called “them-what-knows.” Music journalists (Susan Whitall, Jeff Tamarkin, Mike Stax) and musicians (Dennis Diken, Linda Pitmon, Peter Holsapple, Amy Rigby) and others all write in a lively, knowledgeable and user-friendly style about albums you simply must hear.

I think of myself as a reasonably well-rounded music fanatic. I own something on the order of 4000 LPs and 5000 CDs. Yet as I work my way through this book, I’m delighted to find record after record that I don’t have, and in some cases, albums I’ve never heard of. You may find the same thing. Pleasures await the reader of The White Label Promo Preservation Society. Highly, highly recommended.