That Time Was Then…and Now Again 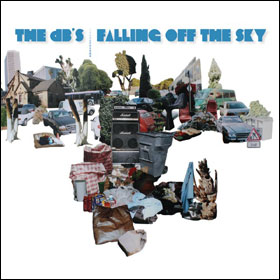 The dB’s are one of my favorite groups. So I was delighted when I recently learned that a digital-only album that Chris Stamey and Peter Holsapple released last year during the pan-youknowwhat would be released on physical format. That album, Our Back Pages, is available on CD starting today. I reviewed it last year. Go get it now.

As I mentioned in that review, the album — a collection of acoustic-flavored readings of songs from the dB’s catalog — was in fact made many years before, during the making of another Holsapple/Stamey album, hERE aND nOW. That wasn’t a dB’s record either, even though the duo were in fact joined by Will Rigby and Gene Holder.

For an actual dB’s reunion, though, we had Falling off the Sky. That record was released nine years ago — tempus fugit, folks — and on the occasion of the CD release of Our Back Pages (and in celebration of Musoscribe’s 12th anniversary this month), I thought this would be a good time to link back to an interview I did with Peter Holsapple. I was fortunate enough to see the reunited dB’s in concert around the time of the interview as well. It was sublime. I’m not sure we’ll see or hear its like again.