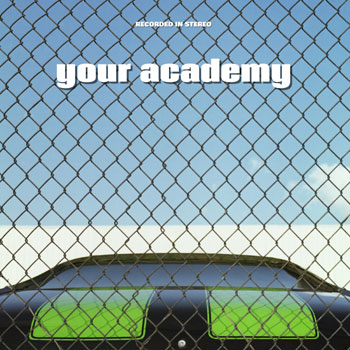 At the risk of over-indulging in generalities and attempting to make things neater than they really are, when one thinks of American powerpop, the style can – to some extent – be further divided into regional styles. There’s the L.A. skinny-tie new wave variety, exemplified by The (Paul Collins) Beat. There’s the Midwestern style, including leading lights Cheap Trick and The Raspberries and including lesser-known greats like Shoes and The Vertebrats. And there’s the Memphis strain, a style that gave the world not only Big Star but The Scruffs and Van Duren.

There were certainly more; this is a reductive argument to make a larger point. In nearly all cases, as some of those acts faded or splintered, musicians re-combined and new groups rose from the new associations. Perhaps nobody expected a new powerpop group to come around in 2019, but that’s what happened when members of Memphis group crash into june connected with others – including a guitarist from a later lineup of The Scruffs – as Your Academy. The band’s web site goes so far as to brand Your Academy as “the resurrection of Memphis powerpop.”

The album opens with gospel-flavored piano and sweet vocal harmonies, but those are a classic case of misdirection: the song quickly shifts gears into something that truly is transcendent powerpop. “Why Don’t We?” doesn’t copy the sound and style of Badfinger, Big Star or the ‘berries, but it’s very much a piece with their sort of highly melodic, midtempo rock. Equal parts melody and crunch, with a chorus that burrows itself into the listener’s head: those are the hallmarks of the best of the subgenre. And they’re served up in great volume on this, the opening cut on the band’s self-titled debut.

The quality doesn’t waver. “Heaven Knows” is a yearning, melancholy number that feels a bit like Fountains of Wayne crossed with Phil Seymour, and the lyrics even squeeze a mention of “yellow pills” into the chorus. The creamy vocal harmonies signal that yes indeed, claims as to Your Academy’s greatness might not be wide of the mark.

The band dials things down for the balladry of “Sunrise.” It’s filled with energy, just of a different kind. The group’s sound isn’t retro; it’s classic. But then “Better Alone Together” swings for the fences, with a grand feel that recalls the finest moments from Badfinger’s ill-fated opus, Wish You Were Here.

With its opening drum figure, “Starlight” threatens to quote The Wonders’ “That Thing You Do!” but goes someplace else. It’s another strong song, with soaring vocals and shimmering/jangling guitars. “Better Nature” rocks harder than the songs that have come before, with a feel that may remind listeners of Gin Blossoms. A subtle Southwestern feel shows up in “Talent Party,” featuring understated combo organ for a Dwight Twilley meets Sir Douglas Quintet vibe.

A lovely ode to Memphis, “Bluff City” is – by the standards of this album – a weeper. The song opens up as it goes along, with a searing lead guitar solo that places it in the range of Badfinger’s “Timeless.” Everly Brothers-favored vocal harmonies characterize “Our Love Matters (TCB).” The album officially ends with an elegiac, piano-based number, “My Lonely Life.” An alternate version of “Starlight” is appended as a bonus track; it feels like a demo, and while there’s nothing wrong with it, the official version is vastly superior, as it shows Your Academy’s strength to best effect.

With gathering restrictions lifted across the country, it seems reasonable to hope that Your Academy might schedule live dates. The band’s earnest yet unaffected music doesn’t rely upon studio effects, which suggests that they could be quite good live. Here’s hoping we can find out.