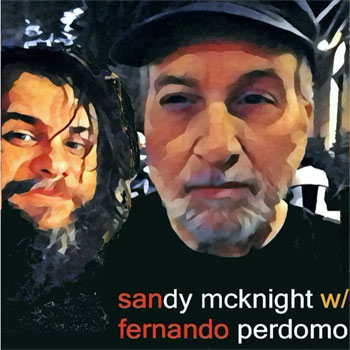 In this post-major-label era when many of the so-called barriers to entry have been swept away, the fact that a recording artist is prolific doesn’t provide a reliable indicator as to the quality of that output. When you get right down to it, anybody can “release” anything they want, whenever they like. So it’s important to cast a skeptical eye toward the artist who seems to issue new product at a furious pace.

I’ve made the point many times already, but Fernando Perdomo is one of those artists who seems to have a new release every couple of months. Significantly, though, I mention and/or review most all of them. And there’s a simple reason for that: he pays me. (Of course I kid; he does no such thing.) I cover them because I find them notable, worth hearing and worthy of telling others about them.

Though for all I know he has another one in the hopper or perhaps even on its way to me and other reviewers, at present there are two new albums featuring the work of the perpetually in-demand multi-instrumentalist. One is a collaborative project with Sandy McKnight, San Fernando Blitz. The other is a solo project, a tribute to Todd Rundgren called TRGTR.

Perdomo’s role on the set of six McKnight-penned originals is much like the one played by Billy Sherwood on innumerable Cleopatra/Purple Pyramid Records releases: a sort of human musical Swiss Army Knife. McKnight plays bass guitar and sings his uptempo, AM-Gold-flavored pop songs; Perdomo plays all of the guitars, keyboards and drums. The songs have a warmly familiar feel; McKnight’s melodies are unfailingly appealing.

The music isn’t particularly adventurous, and it needn’t be; it’s pop, and doesn’t aspire to be more than that. McKnight’s lyrics tend to be a bit underwritten (the title of “Living on the West Side” seems to provide about half of the song’s lyrics) but there’s nothing here to embarrass either of the EP’s participants. Perdomo puts plenty of care and effort into helping present McKnight’s songs in the best possible light. Save for an inadvisable bit of vocal processing on “C’mon C’mon C’mon” (that title; ugh), the sounds are solid. “Melody Anne” features some Byrds-y Rickenbacker guitar work. 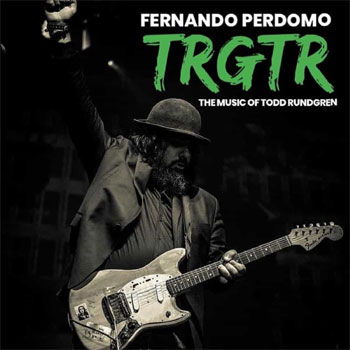 The Rundgren tribute is another thing altogether. Here, Perdomo works completely alone, crafting a completely instrumental collection of Todd songs. The approach plays to Fernando’s strengths, which are myriad. The arrangements are both novel – not carbon copies of the originals – and somehow true to the Rundgren spirit. In a way, they collectively suggest other ways in which Todd might have chosen to treat his own material.

The decision to craft an album without vocals is inspired; it provides the opportunity to Perdomo to showcase his own lead guitar prowess in the context of Todd’s work without the competition and/or distraction of the human voice. That approach works especially well on cuts like “International Feel.” And even when the leads stick closely to the original vocal line – as on “Can We Still Be Friends” – the musical textures are lovely and tasteful.

Sure, Todd fans are going to choose the originals every time, but this interpretation of Rundgren’s work is – oddly enough – perhaps the first Todd tribute that doesn’t suck. The 1991 various-artists set For the Love of Todd has a handful of bright spots (predictably from people like Mitch Easter, Don Dixon and Bill Lloyd), but most of it is dross. And the less said the better about the 2000 release Reconstructed, in which Rundgren allows his work to be remixed by a parade of artists seemingly intent upon destroying what was special about each of the songs.

In stark contrast to those albums, TRGTR is the work of an artist in his own right who possesses a deep understanding of Rundgren’s work; Perdomo creates alternate versions of the songs that justify their existence. And in at least one case – his reading of “Collide-A-Scope” from Rundgren’s overlooked 2013 album State – Fernando Perdomo has reinvented a Todd original in a style that many of the Wizard’s longtime fans might just prefer over the original. Highly recommended.

Things being what they are, I fully expect that Fernando’s next release will focus on his original compositions. I expect we’ll find out soon enough if I am correct.