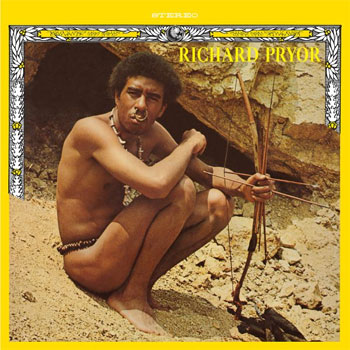 Comedy albums are unique in the album world. Unlike music, for most listeners, they’re a one-and-done affair. You may well have bought Robin Williams’ Reality: What a Concept when it was released in 1979, but if you’re like me, you listened, enjoyed, and then moved on, rarely taking it off the shelf for another spin.

(At this point in writing the review, I had to pause, amble over to my vinyl collection and confirm that, yes indeed, at some point I did sell, donate or otherwise divest myself of that LP. It’s no longer in my collection, and I can’t say that I’ve missed it.)

There are exceptions. Bob Newhart’s run of very early 1960s LPs have worn exceedingly well. Cringingly dated homphobia aside, the same is true of a great deal of George Carlin’s material. For listeners of a certain sort (a sort that includes this writer) Firesign Theatre’s albums continue to pay bizarre dividends. And more recently, Davis Sedaris’ audiobooks are a scream; a personal favorite is his holiday tale, “Six to Eight Black Men.” I nearly drove off the road, laughing so hard at that one. I laugh now, just thinking of it.

Which, finally, brings us to the body of work of Richard Pryor. Long before he was a household name, Pryor had started releasing albums of his edgy standup comedy. Though his breakthrough albums That Ni**er’s Crazy (1974, reissued in ‘76) and Bicentennial Ni**er (1976, natch) gained widespread attention and acclaim, he had already made nearly a half dozen other albums, most of those for Laff Records, a comedy label that specifically targeted a Black audience.

To give a bit of context, Laff also released records by Redd Foxx, LaWanda “Aunt Esther” Page, Swamp Dogg and Blowfly; a representative – and resolutely NSFW – collection is the 2015 set Black & Blue. 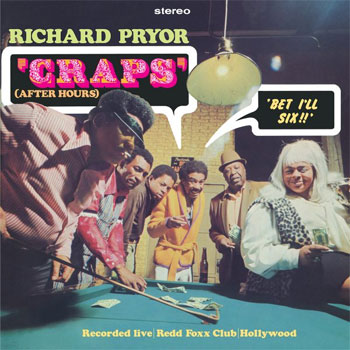 And it’s from that period that a pair of new expanded reissues come, courtesy of the fine archivists at Omnivore Recordings. The self-titled Richard Pryor is a live set dating from 1968, and Craps (After Hours) was originally released in 1971. Both are newly reissued with bonus material, Richard Pryor features an entire second disc of material that – the liner notes tell us – was too incendiary for release in ‘68.

Pryor’s humor is often on-target taking sharp aim at racism and approaching weighty topics in a way that highlights their absurdity. But a half century-plus later, it’s difficult (for this listener, anyway) to listen to Pryor’s early standup and experience it in anything like the spirit in which it was made. It’s simply too removed from its original context. My suspicion is that listeners with – shall we say – a different set of life experiences might be more likely to “get” his humor of that period.

Pryor’s pacing and delivery is more relaxed than what current-day listeners might expect. None of the manic rapid-fire delivery that Robin Williams would popularize; instead, his pacing is similar to Carlin’s, albeit with a very different perspective. The longer routines (“Prison Play” and “T.V. Panel Show” from the debut album) take awhile to get going, and the punchline/payoffs at the ends are something short of remarkable.

Regardless, these albums document the early work of Richard Pryor, his standup from a time when he was still developing and sharpening his approach. Perhaps more important as historical documents than comedy experiences, they’re both worthwhile listening. Will they remain in your collection a decade from now? Perhaps. Perhaps not.