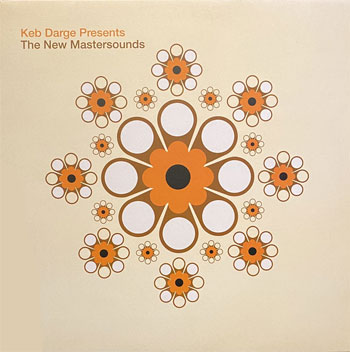 As the leaders of the funk-soul boogaloo revival, The New Mastersounds have churned out along and impressive string of deep funk/groove albums, exploring the part of the musical Venn diagram in which jam-band and dance music intersect. With impeccable taste and even better chops, the foursome originally from Leeds UK (but now based in Colorado) has been an ardently loyal fan base. Its studio albums and live shows are different from each other but all of a piece: they’re fiery on record but staggeringly impressive onstage.

The New Mastersounds’ long-playing debut was released in 2001, during a period when the CD still reigned supreme as the format of choice. Digital releases hadn’t yet gained a significant foothold in the marketplace. And in fact there was a vinyl release, too. Which makes sense, because the sort of music that the quartet makes seems ideally suited to the vinyl format.

But good luck finding – much less being able to afford – one of those rare vinyl pressings of Keb Darge Presents The New Mastersounds. Happily, though, Color Red’s Rare Sounds series – curated by none other than New Mastersounds guitarist Eddie Roberts – has reissued the band’s debut on vinyl for current-day listeners.

That’s the good news, and it is very good. But the not quite as good news is that while Keb Darge Presents is a good album, it’s not quite a great one. Considered on its own merits, the 13-track LP is stuffed full of the same kind of head-nodding, noodle-dancing goodness that characterizes the band’s body of work. But somehow the group seems to be trying just a little too hard, playing and arranging in a somewhat manic fashion. The quite confidence that’s a hallmark of later releases like 2005’s Live at La Cova, 2011’s Breaks from the Border or the 2015 recording Made for Pleasure is slightly lacking here.

But it’s not altogether fair to measure a band’s first album by the standards of what they’re doing some two decades later. And Keb Darge Presents is indeed a tasty treat, one that benefits from the guest vocals of Clive Freckleton and (even more so) Sulene Fleming on “Turn This Thing Around.” The horn section is perhaps a bit more prominent than fans of the band’s later work might enjoy; sometimes the core four sound as if they’re supporting the, er, supporting players. And orignal keyboardist Bob Birch has a sound and technique that’s different –not necessarily better or inferior, just different – from that of his successor, longtime New Mastersounds keys man Joe Tatton.

Still, for fans of absolutely any of the New Mastersounds’ music, their debut album –one unlikely to already be in their collection – is a necessary addition. It does demonstrate that most – if not quite all – of the band’s musical assets were in place from the start. It’s just that Keb Darge Presents also makes a compelling case for the later stuff.