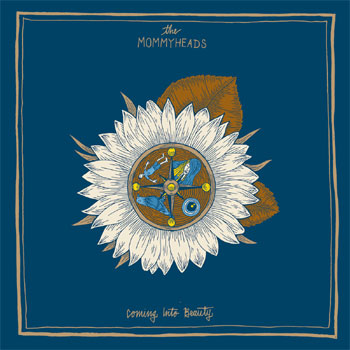 If you’re not familiar with the Mommyheads, try this: imagine a cross between the quirky intelligence of They Might Be Giants, the sophisticated use of studio-as-instrument of Talking Heads, and the enduring pop sensibility of Todd Rundgren (more on that last bit presently). The Brooklyn band was active from the tail-end of the 1980s through ‘97 or so, and then after a quiet period, resuming in 2018 and continuing to present day.

Along the way they’ve released more than a dozen albums, and in recent years they’ve reissued some of their earliest material. The latest in that ongoing effort is 1992’s Coming Into Beauty, the Mommyheads’ second long-player.

It’s a varied release, with uptempo, catchy numbers like the title track. But it also features off-kilter excursions like “Nino Wrote a Tune,” which answers the question, “What kind of erstaz world music might Camper Van Beethoven have written if asked to contribute music to Pee Wee’s Playhouse?” (Okay, nobody asked, but there you go nonetheless.)

The Mommyheads are wholly capable of writing straightforward pop melodies. It’s just that on Coming Into Beauty, they seem largely uninterested in doing so. Imagine having bought Todd Rundgren’s pop opus Something/Anything?, falling in love with it and then purchasing A Wizard/A True Star and Todd, and being completely mystified. That second part is kinda what you get with Coming Into Beauty.

Thing is, if you’re prepared for it – and presto, now you are – then it’s a delightful experience. There’s a close-in feeling to the album’s production style, one that makes the listener feel right here in the studio with the band. The record goes light on roaring electric guitars, often favorite ukuleles and similarly non-noisy instrumentation. And lots of creamy vocal harmonies figure into the songs. There’s a kind of acoustic psychedelia vibe to tunes like “Sunfish, Sunflower” that gives the album a slightly disorienting feel. And don’t think too hard about the oblique lyrics (sample titles: “Pigeon in Your Tongue,” “I’m Not Real”). Instead, just accept the weirdness and go along for ride. It’s worth the trip.

And you can continue your trip by reading more about the band right here.