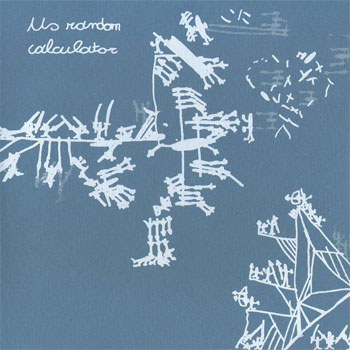 The global pandemic hasn’t stunted the creativity and output of indie musicians. Far from it: especially when it comes to DIY-leaning artists who create and record their original music at hone instead of in recording studios, this period of confinement has often yielded a bumper crop of new material. And one locus of musical activity is WWNBB (We Were Never Being Boring), a loose collective of artists headquartered in San Francisco.

The collective came into being 12 years ago thanks to an idea from Alessandro Paderno, who records under a number of project names including Us Random Calculator. “We were all connected through a little record label in L.A., and that label closed,” recalls Samuele Palazzi, co-founder (with Paderno and Enzo Baruffaldi) of WWNBB. “It looked like at the time that indie music was just not able to maintain its previous life, so we decided to do this ‘suicide mission’ of starting [our own]indie record label.” The foundational concept of WWNBB would be “to do it among friends and in a friendly way,” Palazzi says. “There’s absolutely no [financial] gain for people working at the label; it’s just a service to the bands that we like.”

And as it happens, quite a few of those bands are based in Italy. “Primarily, we try to promote artists who we think are worthy in the U.S. or abroad,” Palazzi says. “We try to do everything – or as much as possible – in-house, but it’s not always easy to get the word out there, especially for a collective that works with bands from Italy and the United States.”

In the collective’s earliest days, Palazzi lived a few hours’ drive from Paderno. And Baruffaldi, a radio host, lived some distance away as well, in Bologna. “But we were all tied together by the love of music,” Palazzi says. “And we all shared the idea that music has to be something that unites [even when] there’s no economic components that are the best for a business. And I think that’s what kept us going all this time.”

The collective is a small-scale success: to date it has been responsible for nearly 100 vinyl releases including albums, EPs and singles. “I like to keep them all on my wall,” Palazzi says with a chuckle. “But I don’t have room any more.”

Though he’s an enthusiastic champion of the artists on WWNBB, Palazzi admits that he was surprised at the collective’s early success. “I say it was unexpected because of our little position in the world as a label,” he explains. “We’re working with incredibly talented bands and, without paying extra money for promotion, the music went out to a degree where you hear them on NPR.” He says that the collective takes pride in the success of its bands “even if we’re not collaborating anymore.” And before music venues shut down in response to the pandemic, Palazzi was doubly proud when WWNBB artists from Italy played live shows in San Francisco.

Generally speaking, there’s nothing noticeably Italian about the music made by members of WWNBB’s European contingent. Us Random Calculator’s Paderno is based in Caino, a village near the city of Brescia, at the foothills of the Alps. His collaborator Fabio Benni lives in Ghedia, another village about 30km away. Yet perhaps the nearest musical touchstone for the organic-meets-digital sounds of Us Random Calculator is Olivia Tremor Control, part of another loose musical confederation, the Athens, Ga.-based Elephant 6 Collective.

“I’m not sure about that,” laughs Paderno. He says that Us Random Calculator’s new album 11111001101 (that’s the binary expression for 1997, the year he and Fabio met) began as a test of his then-new home studio. “I was in the basement going, ‘I want to record this guitar; I want to try this new microphone.’” Months of experimentation led to a cache of “sketches, little pieces” on Paderno’s computer hard drive. 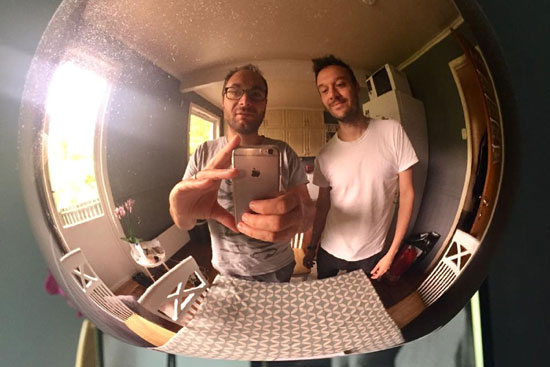 “Then the pandemic happened,” he says. “So I had a lot of time home alone.” He began sharing the musical fragments with Fabio Benni. “I shared them through emails, and he’d send the ideas back with some additions,” Paderno says.

The back-and-forth process continued through 2020 and eventually yielded 22 finished songs. “Then I called Samuele and said, ‘If I keep these songs in my computer, they will die, because I will forget them.’” The duo “randomly” selected ten songs and released them as 11111001101. “On the last day of that crazy year, it’s like a gift or a wish for the new year for everyone,” Paderno says. A second volume of instrumentals is slated for release later this year.

The gentle, melodic textures of 11111001101 balance acoustic and electronic sounds in a warm, dreamy context. It’s finely produced music that feels unhurried, the product of love and care but not too much fussing over minor details.

The artists who release music via WWNBB – on vinyl and digitally using the Bandcamp platform – are a varied lot. A browse through the label’s catalog unearths dream pop, shoegaze, experimental, ambient, pop-punk and more. But it’s the do-it-yourself, indie ethos that binds the disparate projects together.

“Indie pop could be a good definition for what we are all enjoying when we listen,” says Palazzi. And that style defined many of WWNBB’s early releases. But these days, the collective doesn’t limit itself to that kind of music. “W have some things that are very different,” he says.

And when lockdowns began happening around the world, more musicians got busy making music at home. “People started sending more music our way,” Palazzi says. The label has several releases scheduled for 2021.

There’s no A&R department at the We Were Never Being Boring collective. “Sometimes we just have a suggestion from a friend who tells us about a band that we should listen to,” Palazzi admits with a chuckle. And that eventually leads to a vinyl and digital release on WWNBB. “That’s not a very scientific way,” he says. “It’s not just the professional way of doing it, for sure.” But the results speak for themselves.

Tags:us random calculator, we were never being boring collective, wwnbb