Kirk Fletcher’s Pathway to (and Through) the Blues, Part Five 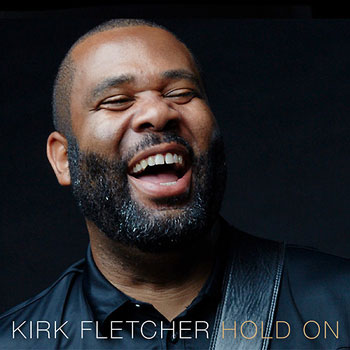 Fletcher celebrated his 45th birthday in December 2020; that’s still relatively young to be taking a look back at one’s life journey. But in some ways – though he clearly has many years ahead of him – that’s what My Blues Pathway represents. The ten-track release on Cleopatra Blues stands as the culmination of Kirk Fletcher’s achievements.

He considers his latest album “like I’m Here & I’m Gone full circle.” My Blues Pathway continues and builds upon the music of Fletcher’s early albums, but it’s also the musical product of the sum of his life experiences.

“It’s really a celebration of all the stuff that I’ve loved for my whole life,” Fletcher says. “That excitement, and paying tribute to some of the people that got me started. With all of the stuff going on in the world, I’m really happy that I could release that record and just play some blues. Because that’s what I really love the most, out of anything.

A mix of strong originals (the album opener “Ain’t No Cure for the Downhearted” chief among them) and well-chosen classics like Sonny Boy Williamson II’s “Fattening Frogs for Snakes,” My Blues Pathway is a musical travelogue through Fletcher’s own musical journey.

As he explains in the new album’s liner notes, Fletcher’s goal for My Blues Pathway was to craft a record that showcased his “mix of my musical taste: part blues, soul, funk, etc. – with a strong emphasis on songwriting and stronger vocals.”

And though only ten years have passed since he started to sing on his recordings, My Blues Pathway shows that Fletcher’s voice has developed into an assured instrument. His laid-back vocal texture alternately blends and contrasts with the sinewy lead guitar breaks; he inserts stinging licks in between – and sometimes on top of – his vocal lines.

Kirk’s old friend Charlie Musselwhite guests on harmonica on a reading of Weldon Bonner’s “Life Gave Me a Dirty Deal,” the tune that closes the album. Elsewhere on the record – as on A.C. Reed’s “Rather Fight Than Switch,” Fletcher swings in a style reminiscent of one of his heroes, Stevie Ray Vaughan. The album is a catalog of styles, yet it’s a unified and cohesive effort.

One of Fletcher’s original compositions – “Love is More Than a Word,” written with Richard Cousins – digs deep into a Southern soul vibe; the tune evokes warm memories of classic sides cut in places like Memphis and Muscle Shoals. Woven seamlessly into the mix, a soulful horn section emphasizes that connection with ‘60s and ‘70s classics on Stax, Hi and other revered labels.

And tunes like “Love is More Than a Word” underscore the fact that Fletcher has developed as an artist: it’s a full three and a half minutes before you’ll hear him play a note on his guitar. My Blues Pathway is the sound of an assured musician who (on one hand) has nothing left to prove but (on the other) can effortlessly dazzle with a well-placed, emotionally resonant guitar solo.

“Love is More Than a Word” gives Fletcher and his whip-smart band the opportunity to stretch out, to dig into the groove and make it their own. It brings forth the spirit of the blues without being slavishly confined by it. Fletcher admits that there was a time when he let himself be swayed by the so-called blues police. “But now,” he says with a smile, “I don’t care. I figure I have just as much of a right to do what I want to do as they do.” 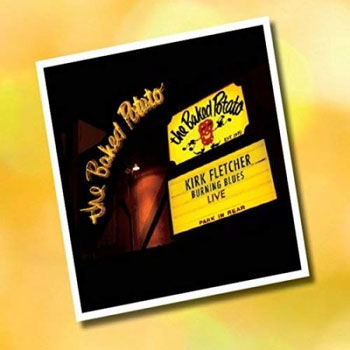 And it’s clear that Fletcher’s immersion in gospel has served him well on his lifelong exploration of the blues. “I grew up playing in the church,” he emphasizes. “And it was all about the vocals. I have to know what the vocal is doing, because I have to support it.” He brings that knowing restraint – the understanding that while he can be (and often is) a soloist, he’s also part of an ensemble.

Fletcher admits that he doesn’t practice, at least not in any sort of traditional sense. “I just play the guitar,” he explains. “It’s right here,” he says, motioning to his right. “I pick it up, and it’s my friend. It’s something that’s been with me longer than anything. So I don’t practice; I just play stuff that I feel or I hear in my head. I play to comfort myself, or to come up with a song. The guitar is really just an extension of me.”

Some players are all about technique; others focus on “feel.” Fletcher believes he’s somewhere between the two points on that continuum. “I definitely don’t have as much technique as some of my friends, but I have enough to execute what I want to get across,” he says. “It’s all about trying to play something to make myself feel good and to try to connect with the people that I’m playing for. In every note that I play, I want to be completely honest, and from the heart and soul.”

Fletcher explains that for him, playing guitar is about going to his happy place. “I know that sounds weird,” he says with a laugh. “But I want to make myself – and everybody – feel good.” And in that respect, his blues playing truly is an extension of his roots in the church. “My playing starts from the core,” he says. “The way that people in church would just hum, there was always a musical thing going on. And it would be me playing to whatever’s going on, just the constant melody. And that’s still how I view music.”