Home  »  live shows • rawk • review   »   With Live Concerts on Hold, Todd Rundgren Employs Technology as Something to Fall Back On

With Live Concerts on Hold, Todd Rundgren Employs Technology as Something to Fall Back On

Sidelined by the pandemic, multigenre hero Todd Rundgren did what he often does: he looked to technology to provide human connection. And in 2021 that means mounting a live stream concert. But not a pajamas-at-home acoustic affair; no, for Rundgren the “Clearly Human” tour would deliver all of the trimmings one would expect from a “real” show.

For this virtual tour, Rundgren has chosen to focus nominally upon his soul/r&b album Nearly Human. Released in 1989 following a relatively quiet period, the spiritually-leaning collection represented a return to the full band in the studio approach that Rundgren had employed so successfully on Side Four of his 1972 classic Something/Anything? On the February 21 date – targeted but not limited to a Pittsburgh, Pennsylvania audience, he played all but one of the songs from the original LP. 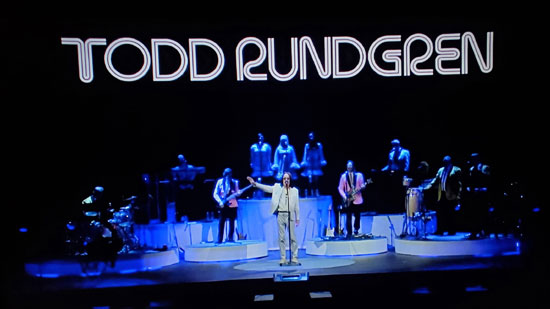 The band delivered the material with style, finesse and – when the music called for it – power. Rundgren took center stage on vocals and occasional lead guitar. The focus of the superbly-staged, multi-camera live stream was squarely on Rundgren, though each of the other musicians received well-deserved close-up screen time. The resplendent “Global Girls” vocal trio executed tight choreography while providing top-flight harmony vocal support. The two-man horn section switched to percussion when the songs didn’t call for brass; they, too performed some well-rehearsed dance steps.

The “in person” audience for this show staged at a Chicago black-box venue was comprised of a dozen-plus video screens featuring VIP ticket holders who could be seen variously dancing in their living rooms, nodding along while wearing headphones while seated at their desks, and couples fiddling with their smart phones, presumably sharing screen captures and/or live-tweeting the event. In one of several nods to COVID safety restrictions, less than 20 lucky human audience members took up places between the video screens. 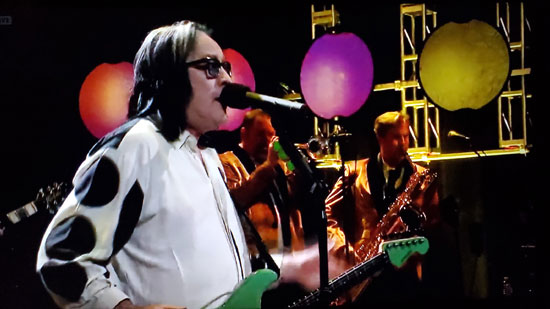 Rundgren leavened the soul-stirring material with occasional bursts of rock like Utopia’s “Love in Action.” The well-chosen set list brought forth warm feelings of nostalgia through songs like “Compassion” and “Can We Still Be Friends.”

The staging, lighting and other trappings of a “real” live concert were all flawless. The band clearly found a way to channel the energy of a traditional concert performance; the you-are-there vibe of a concert was achieved for home viewers as well.

Occasional technological glitches – frozen video, dead spots, loss of audio – did mar the performance a bit, but to be fair it’s impossible to know how much of those problems were down to this viewer’s internet provider, and how much was related to the audiovisual feed from Chicago. The most egregious error – and in fact the only serious misstep – was an abrupt end to the two-hour-plus live stream: part way through the vamping encore of “I Love My Life,” the screen was filled with a static image of Rundgren with the caption “Thank you for watching.”

In a time when traditional live, in-person concerts have yet to return, well-staged virtual events like Rundgren’s “Clearly Human” tour represent the next best thing to being there. 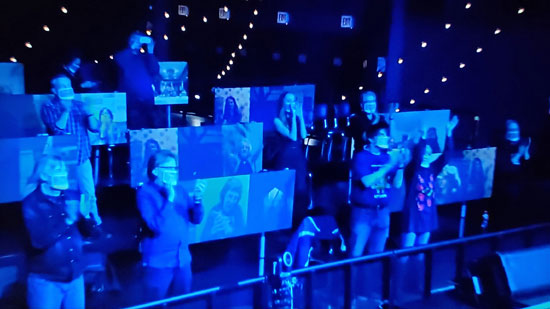