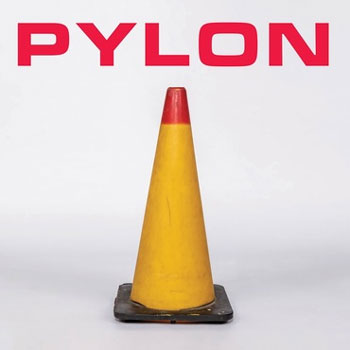 With great and due respect to R.E.M. – and, to a lesser extent, the B-52’s – there was a lot more significant musical activity going on in and around Athens, Georgia in the 1980s. For those who weren’t there, a 1987 documentary film, Athens, GA: Inside/Out offered a glimpse into the college town’s musical riches. Intriguing bands like Time Toy and Kilkenny Cats didn’t make the leap into major-label status, but a few did make a mark outside the city, including Love Tractor and Flat Duo Jets.

But along with R.E.M. and the B-52’s, the most significant group to come out of the Athens scene would be Pylon. Like many of their contemporaries, the members of Pylon were students at the University of Georgia, and they combined an art school aesthetic with a punk perspective. The band – vocalist Vanessa Briscoe, guitarist Randall Bewley, bassist Michael Lachowski and drummer Curtis Crowe – was early out of the gate, playing its first show in 1979 and releasing its debut single (“Cool” b/w “Dub”) in April 1980 on Atlanta-based DB Recs.

Pylon’s heyday continued through 1983; during that period, the group built a following and landed a spot as the opening act for U2 on the Irish band’s War tour of the U.S. By the end of 1983, Pylon’s members amicably made the decision to break up the band.

But prime-era Pylon would leave behind two superb albums, 1980’s Gyrate and Chomp from 1983. Both records showcased the band’s signature sound, one that built on the approach of arty minimalists like like Gang of Four and Pere Ubu but added a stronger dance-oriented sensibility. The music was atmospheric, heady and mysterious all at once, occasionally shot through with a sinister air. 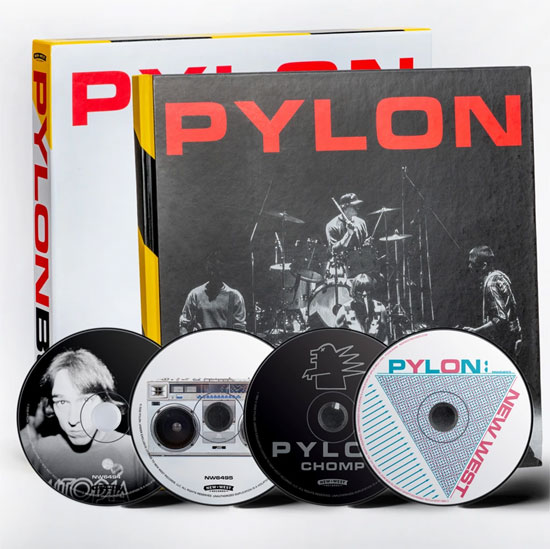 New West Music’s lavish boxed set includes those two LPs in their entirety, adding two new discs. For both longtime fans and newcomers, each of the latter two is filled with important material. Razz Tape is a quality 1979 “field recording” of the band in its natural element, a rehearsal space in Athens’ Myers Building. Two mics hanging above the band captured the Pylon sound in its unvarnished glory. Shorn of production sheen, it’s a document of Pylon at its rawest. But it shows that the group’s musical approach was fully formed long before it entered a proper studio.

Extra compiles the band’s debut single, tracks that didn’t appear on original releases of Chomp and Gyrate, alternate mixes and live tracks. They’re all worthwhile, but the most interesting cut is “Untitled,” a 1978 instrumental by the pre-Briscoe lineup calling itself Diagonal. It’s fascinating and catchy, bit it also serves to underscore just how important a role Briscoe would play in Pylon’s development and direction.

The boxed set also includes a 200-page hardbound book, lovingly and exhaustively filled with hundreds of photos, drawings and ephemera plus a detailed history of the band. If the case for Pylon’s significance needs to be made, Pylon Box can serve an a splendid Exhibit A in support of that argument.