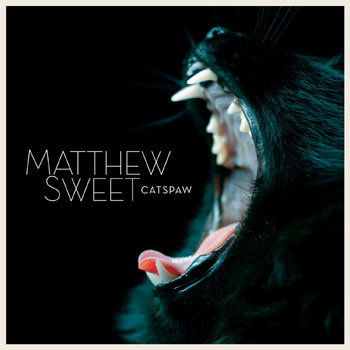 Matthew Sweet’s mix of hard rock crunch, indelible melodic sense and razor-sharp hooks has served him well over the course of more than a dozen solo albums and collaborative projects. But for Catspaw, Sweet works nearly alone. Joined only by longtime associate Ric Menck (Velvet Crush), he sings and plays everything but drums. His first foray into the lead guitar position is informed by those with whom he has worked – Richard Lloyd, Ivan Julian and Robert Quine among them – so Catspaw fits comfortably alongside Sweet’s previous albums. In fact, his leads on standout tracks like “At a Loss” could be mistaken for that of his more established sidemen. Combined with his high standard of songwriting, they make Catspaw a success.

While you’re here, check out these links: