On the occasion of the publishing of his memoir, Knock! Knock! Knock! On Wood: My Life in Soul, I spoke at length with soul legend Eddie Floyd. The feature based on that conversation – first appearing in Record Collector – follows. – bk

Between 1966 and 1974, soul singer Eddie Floyd scored an impressive number of hit singles on the American chart. Starting with his most well-known song, “Knock on Wood” (#1 R&B, #28 pop) and continuing nearly unabated through “Soul Street” (a minor R&B hit reaching #65), Floyd placed a staggering 18 singles – all on the venerated Stax Records label – on the U.S. charts.

In the UK, Floyd didn’t fare quite as well in terms of record sales; only three of his singles made it onto the charts. And his time on those charts was quite brief: all three singles – “Knock on Wood” b/w “Got to Make a Comeback,” “Things Get Better” b/w “Good Love, Bad Love” and “Raise your Hand” b/w “I’ve Just Been Feeling Bad” – appeared on the UK charts in the space of one year.

But Eddie Floyd’s comparatively short stay on the UK record charts didn’t provide an accurate indicator of his popularity: his bravura appearance as part of the traveling Stax/Volt Revue showed that he was a major talent and performer. He more than held his own as part of a star-studded live musical showcase that also featured Booker T and the M.G.’s, The Mar-Keys, Arthur Conley, Carla Thomas, Sam and Dave and the mighty Otis Redding. 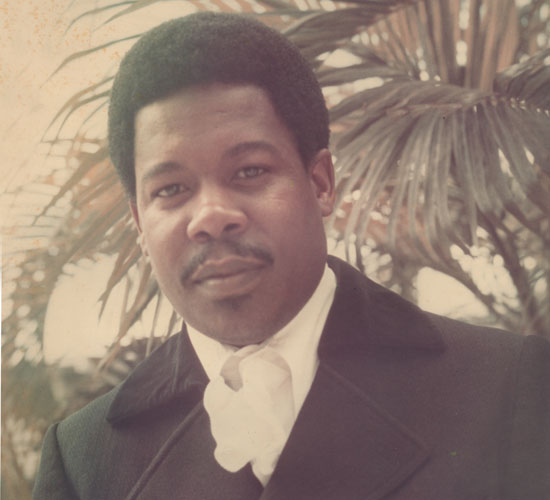 Writing for Melody Maker in March 1967 in a rave review of the Revue’s London date, Nick Jones had this to say about Floyd: He “was a gas … succeeded in getting the audience raving, clapping right on the beat – which is an impressive sound coming from a full Finsbury Park Astoria audience.” Dates in France and Norway were similarly well-received; wisely seeking to capitalize on the Revue’s popularity, Stax rush-released released two albums’ worth of recordings (Volume One: Live in London and Volume Two: Live in Paris) documenting the fiery performances on that ‘67 tour.

A quarter-century later, another volume, titled Hit the Road Stax: Volume 3 Live in Europe appeared on CD; like the earlier albums, it prominently featured Eddie Floyd’s performances. And finally in 2007, the revived Stax imprint released a DVD, Live in Norway 1967; again, Floyd’s rousing, soulful “Knock on Wood” was a highlight of the set. Even today – when many of his Revue costars have left us – Eddie Floyd remains popular in the UK and Europe, especially among fans of Northern Soul.

But Eddie Floyd had been a professional musician for some years before hitting the charts with “Knock on Wood” in 1967. As early as 1955, when he was based in Detroit, Michigan, Floyd put together a rhythm and blues vocal (“doo-wop”) group, the Falcons. During the group’s time together, the Falcons major hits, including 1959’s chart topper “You’re So Fine” and “I Found a Love” in 1962. At various points the group’s membership included Joe Stubbs (brother of The four Tops’ Levi Stubbs and later a member of 100 Proof Aged in Soul), Wilson Pickett, Robert Ward (later of Ohio Players) and “Mustang Sally” singer Mack Rice.

“I wrote my first song with them,” Floyd says. “Everybody listened at it and said, ‘Wow!’” Nobody showed him how to write songs; it came naturally, so he just did it. “I’d heard songs, and I knew how an intro would be, how a verse would be, so I came up with my first song,” he says. Many more songs would follow.

After leaving the Falcons, Floyd relocated to Washington, D.C. and continued his musical career as a songwriter and performer. He went on to release a few non-charting singles for small labels before landing at Stax. Though he never had any formal music training and didn’t play an instrument, the naturally musical Floyd could hear his musical ideas in his head. Working with top-notch co-writers like guitarist/producer Steve Cropper and multi-instrumentalist Booker T. Jones – both of Booker T & the M.G.’s – Floyd came up with superb material that captured and exemplified the zeitgeist of the soul music scene. 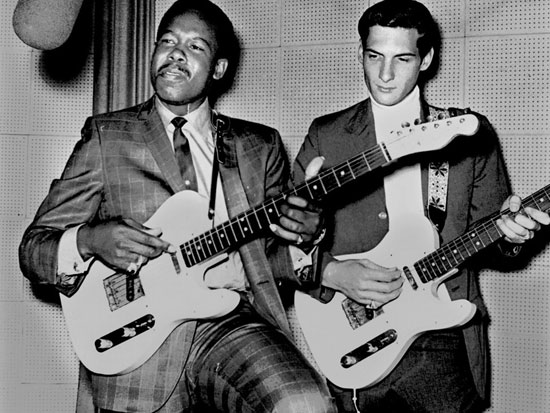 “We would sit and try to come up with a title first,” Floyd says, explaining his deceptively straightforward songwriting process. “And if you give me a title, I hear a melody in my head immediately. It just all depends on the title: that should be a slow song, that one should be faster.” As he came up with lyrics, the melody would often come right along with the words. “And if I get a title of something and I start singing the song, I can also hear the bass and I can hear the drums; I become the band,” he says. “So I can tell a bass player what I think he should be playing behind a certain thing that I’m doing.”

He does this all despite the fact that he never became proficient on any instrument other than his voice. “I know a lot of guys went to school for writing,” he says. “They can write the notes down, but I can hear every instrument. So I basically talk my songs to musicians. I didn’t do my homework as far as playing anything, but I become a bass or I become a guitar.”

Floyd vividly recalls the genesis of “Knock on Wood,” his signature song. “It was three o’clock in the morning, and Steve Cropper and I were trying to come up with an idea,” he says. “And the phrase ‘knock on wood’ is a good luck phrase. I don’t know exactly where it came from, but it was in our minds. Steve was playing his guitar – he always set the music up – and I was feeling good. And I just automatically came up with the melody.” At this point, he sings the opening line: “I don’t wanna lose this good thing …” He felt so good, in fact, that he says he knew right away that he and Cropper had a potential hit on their hands. So they kept working on the song.