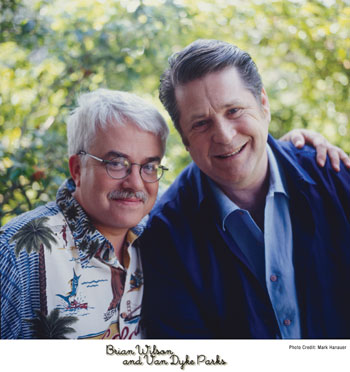 Parks recalls a visit to a friend in rural Virginia, nearly 2500 miles due East from southern California. “I went past, Galax, where the Old Fiddlers Convention is held,” Parks remembers. “It inspired me to write ‘My Jeanine,’ [set] in a place that doesn’t exist and a time I haven’t forgotten.” He quotes from his own lyrics: “’Two bits for Cokes and jokes at the diner. Time was a magazine.’ It’s almost like a lamentation, kind of like ‘the white boy’s got the blues’” he says. “It was sad to me, as we speed away from a world that no longer exists without studying it more thoroughly. And that’s what Orange Crate Art would do for me.”

The personal themes of Parks’s album represented an opportunity for closure. “It was almost like it was my job to complete Smile,” he says. A remake of that lost album (Brian Wilson Presents Smile) wouldn’t appear until 2014, and The Smile Sessions boxed set of original session material didn’t surface until 2011. So in the 1990s, Orange Crate Art looked to Parks like a project that could potentially pick up where the aborted album had so frustratingly left off.

Parks says that the finished Orange Crate Art brought forth “an intimacy that is the individual, that neither Brian nor I wanted to flog in public. Since Brian turned into a cork in the ocean and then got burned, I think he stepped back and wasn’t really made for these times,” he says. “I wasn’t going to contest that with any lyrics that had a bite. It was the most humbling experience.”

Orange Crate Art was made at a time when recording technology was shifting, a time Parks characterizes as “in the friction of the tectonic plates of technological music that are digital and analog.” In the days before ProTools and pitch correction, Parks nonetheless created digital demos for the songs for Wilson. The new 2CD version of the album includes an entire disc’s worth of instrumental mixes that he says show how he built the record. “It’s terribly confessional,” he says, “and reveals the process.”

The new reissue from Omnivore Recordings also appends the original album with three previously-unreleased bonus tracks from the Orange Crate Art sessions. Conceptually unrelated to the album, they nonetheless offer a window into Parks’s creative mindset at the time, and the manner in which Wilson’s vocals helped to put those ideas into tangible form. A reading of George Gershwin’s nearly century-old “Rhapsody in Blue” features Wilson’s wordless vocal harmony; one can easily draw a direct line from Smile’s “Our Prayer” to the 1995 session outtake.

In his essay for the reissue, Wilson soft-pedals his interest in the project: “I haven’t listened to it lately,” he writes, “but I used to listen to it.” Yet as with so many Brian Wilson statements, it should be received with some healthy skepticism. When Wilson recorded his own album of Gershwin music (2010’s Brian Wilson Reimagines Gershwin) he recorded an arrangement of “Rhapsody in Blue” that sticks remarkably close to the manner in which Parks had cast it some 15 years earlier.

A highlight of Orange Crate Art is Parks’s “Sail Away.” Perhaps coincidentally (and perhaps not), Brian Wilson released a new song called “Sail Away” on his 2015 album No Pier Pressure. “It’s the same show,” says Parks with a hint of whimsy in his voice. “It was a matter of great irony to me that Brian would’ve done the same thing, but with a different mindset.”

Van Dyke Parks is proud of the work he and Brian Wilson did on Orange Crate Art. “I’m totally floored and elated that it’s coming out [again],” he says. “This record was totally born of need and of the highest personal regard, and it had to be done that way. And now it’s there for all to see, finally, and measure its motives and check out its ingenuity, and find out where the hemlines are.” 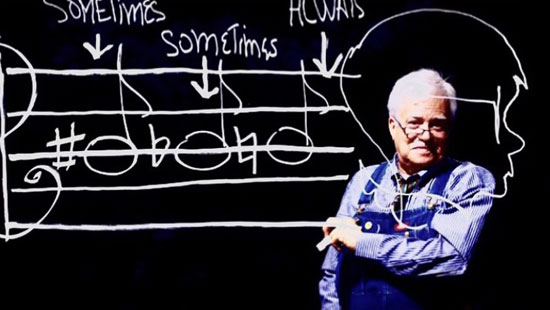 Today, a quarter century after its creation, Parks views the album as “trying to somehow salute Brian and also just to remind him – with considerable effort – that we did a good thing in this meeting.” He believes that Wilson’s experience of getting back into the recording studio led to his eventually returning to performing onstage. “I’ll tell you the truth,” Parks says. “it got him to the Royal Festival Hall in London where Smile debuted. And I know, because I was there.”

Parks remembers something his mother used to tell him often when he was a boy in the American South. “Always finish what you started,” she said. He considers his earliest collaboration with Brian Wilson “the job undone: that’s what Smile was to me. And anything I might do in the future would elaborate on that.”

Still, Parks is careful not to make too much of the whole endeavor. Orange Crate Art “is not the cure for cancer or the coronavirus,” he says. “But I think it can beat the blues. It feels optimistic to me, and it feels like it has a sincerely informed optimism. And there is blood on the tracks.”

He corrects himself almost immediately. “But why speak about blood on the tracks at a reunion? It ain’t proper. We don’t do that here.”

Orange Crate Art wasn’t a commercial hit on its original release, and Parks doesn’t expect that the expanded reissue will light up the 2020 charts, either. He quotes something he says his wife tells him often: “We’re not going to make a dime out of this one either.” Nor does he seem to mind. “The things that matter, you don’t do for money. It is in the doing,” he says. “That’s why we do what we do. If there’s exaltation, that is the triumph.”