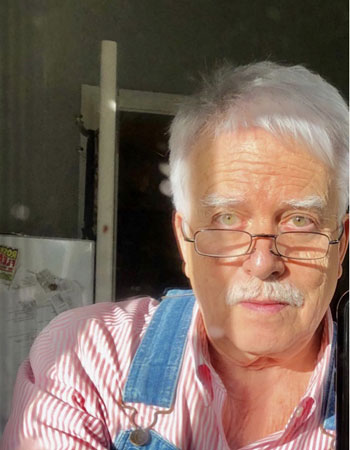 Parks recalls how the germ of the project came about in or around 1990. “I had a piano exercise, and it was fun for me,” he says. “Because I am a pianist, most of my songs derive from the keyboard.” Seeking a name for the exercise, he came up with “Orange Crate Art.” But the exercise didn’t evolve into song form for quite some time. “It took me about two years to come up with the words,” he admits. Parks chose to follow the “write what you know,” philosophy. “That’s what I was taught; it’s Literature 101,” he says.

The central theme of what would become the suite of songs on Orange Crate Art would be a celebration of California, Parks decided. And he had a visual totem to inspire him: “the propagandist art that brought the railroad barons, through eminent domain in dividing and conquering the Indians with their guns, germs, and steel,” he says.

Parks made a demo recording of the title song and brought it to Warner Brothers Records president Lenny Waronker. He says that he felt at the time that the record would be his last for Warners: “I could sense it, because I had been replaced by arena rock many years ago,” he recalls. “No one was interested in exposition the way I was.” But he wanted his final LP for label to be one that mattered. “I had an opportunity to do a record album, and I was going to make it right.”

He remembers playfully telling Waronker, “Lenny, the only problem I have with this particular song is I’m not sure how to pronounce ‘orange,’ whether I should do it in the Floridian way or as they do in California. Is it an or-ange or is it an ornge?” Parks suggested that the one person who could settle the matter was Brian Wilson. “That’d be wonderful,” Waronker replied. “If you can get him out of bed.”

“He was in bed,” Parks emphasizes. “And probably chained there, from what I hear! I don’t know; you hear the worst stories.” Nonetheless, Parks made the trip to see his old friend and collaborator. He vividly recalls the scene he encountered. “Brian was alone in a room watching television, but it wasn’t on. [So] I figured his agenda was just as flexible as mine.”

Wilson’s own take on the entire Orange Crate Affair is characteristically ambivalent and confounding. His recollection of how the project came about is at odds with that of his collaborator. “I was just getting back to work when Van Dyke called me,” he writes in a brief liner note essay for the reissue.

Regardless of how the project started, it did begin. And it happened quickly. Wilson came into the studio and cut his vocal parts – “a lead voice and four background parts,” Parks says – in just five hours. “All of it,” he emphasizes. “I just dictated the parts one voice after the other; I pretended like I was a Beach Boy, that I knew anything about harmony.” With characteristic modesty, Parks asserts that he’s not talented. “But I work hard. And on the spot, yes, I did it.”

Still, the prospect of working with Wilson was a daunting one. “I could not presume to dictate a lyric to him,” Parks says. “And yet, this was my dilemma: I had to tell the man what we were going to think!” he says. But Parks says that for his part, Brian Wilson took direction without comment. “He accepted it all cheerfully, and somehow, I realized that he welcomed the opportunity to be in a studio again.” He believes that the Orange Crate Art project was one in which he and Wilson both found refuge. The album was a kind of safe space for Brian, he suggests. “It was an album for Van Dyke Parks on Warner Brothers; who could care?” 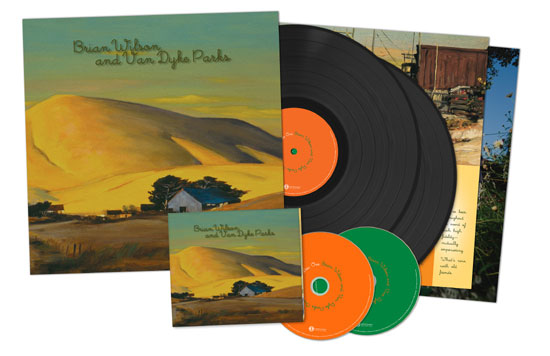 Parks says that he felt he owed Brian Wilson a “debt of honor,” and that Orange Crate Art represented a kind of payment against that debt. “All of a sudden, Brian was participating!” He readily admits that the idea of bringing Wilson into the project scared him. “I’m just a common guy,” he says. “I’m a hedgerow in Hollywood, not important.” But because he viewed the album as signaling his own departure from the record business, it represented a last opportunity to acknowledge that debt. It would be a way to honor Wilson “the way he had brought – or attempted to bring – honor to me with Smile,” Parks says.

With that never-finished 1966 album, Parks and Wilson had sought to create a mythical landscape of their own, a kind of Americana that celebrated the coming of the railroad to the West and other grand themes. The songs on Orange Crate Art, Parks suggests, create “an alternate universe to Smile.”

Though it’s ostensibly about California, the album draws inspiration from sources far beyond the Golden State. “Movies is Magic,” for example, is based on Parks’s wife’s family in Memphis. “Elvis was very impressed with my sister in law,” he says. “He sat in his Cadillac Eldorado – with leopard skin upholstery – in front of her family’s mansion.” Parks says that he took the story from Memphis and put it in California. “Everything is highly derivative from personal observation.”