Not Your Father’s Terry Gross: Post-rock Trio Gears Up for a ‘Soft Opening’ 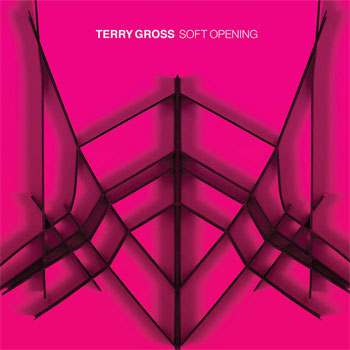 Some of the most innovative and creative recording artists — Jimi Hendrix, Miles Davis and Brian Wilson chief among them — have used the recording studio as an instrument. But in the case of Bay Area band Terry Gross, the studio can be said to have created the band.

Multi-instrumentalist Phil Manley is a member of post-rock trio Trans Am, and bassist Donny Newenhouse is an executive director at KQED. But the two musicians are also producers, audio engineers, and co-owners of El Studio, located in the northwest corner of Bayview-Hunters Point. And their idiosyncratically-named trio (with engineer and drummer Phil Becker) grew out of their work there. The band’s debut album, Soft Opening, will be released January 29.

“Donny and I started the studio in early 2014,” Manley says. “Phil [Becker] and Donny had a band with a record out on Alternative Tentacles, but that just sort of disintegrated. They still wanted to play, so the three of us started jamming informally – just fucking around, really – at El Studio.”

But the three musicians sensed a chemistry developing, so those sporadic sessions soon gave way to regular ones. “And because we were in the studio,” Manley explains, “we were recording everything.” While El Studio features both analog and digital setups, the near-nonexistent expense associated with digital recording makes it the method of choice for Terry Gross. “Plus,” Manley says, only half-joking, “we don’t have the tape stock.”

Some of the material on Soft Opening has been around quite a while; “Worm Gear,” for example, comes from a 2015 jam. Once a song has been fully developed and refined, the trio switches to analog tape to record a finished version. “Because then we know the song’s length, and we kind of know what we’re doing,” Manley says.

Manley says that El Studio specializes in “loud rock bands,” but the facility doesn’t limit itself to one genre. “We’ve got a really big ‘live’ room,” he says, “which is kind of unusual these days. I’ve [recorded] a 13-piece band; I’ve recorded the Stanford drumline.” 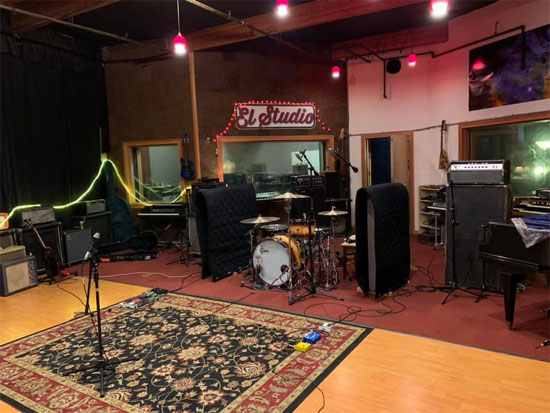 Because of the pandemic, El Studio was shut down for most of the summer. But recent upgrades to its HVAC system mean that the studio is once again a hive of activity. “The air is really moving through the building, so it’s much safer for people to record here now,” Manley says. “We established and implemented strict safety protocols, including contact tracing.”

The pandemic also forced Terry Gross into a hiatus. “We took a really long break,” Manley says. But rehearsals started back up when the studio reopened. “It’s only three of us in the studio, so we can stand far apart. We’re all masked up and taking breaks regularly outside.”

Terry Gross’ sound is best described as big. The trio’s aesthetic is rooted in improvisation. “Everything that we’ve released has come out of something that was totally improvised and in-the-moment,” Manley says, sometimes “with slight adjustments and arranging.” Some recorded pieces, he notes, are first-take studio performances, with only the lyrics overdubbed later.

Unlike Hendrix and Miles, when it comes to Terry Gross, Manley thinks of the studio as a tool, not an instrument. “There are times when we have a little fun with some studio trickery, but by and large, our approach is pretty straightforward. We’re just trying to capture the power of the band.”

But while the songs grow out of improv, these skilled recording engineers don’t shy away from engaging in some post-production cut-and-paste of the sort that Miles Davis and producer Teo Macero employed in the making of Bitches Brew and Jack Johnson. Newenhouse notes that in its original form, the album side-long track “’Space Voyage Mission’ was 48 minutes long.” he says. So the band went back to the tape afterward and spliced out sections. “If someone ate shit,” Manley laughs, “we’d cut that out.”

The abstract character inherent in Terry Gross’ music is nicely offset by a commitment to – if not quite pop music values – a focus on melody. In the case of “Space Voyage Mission,” the trio, led by drummer Becker seated at the editing console, whittled away at the lengthy recording. “There were these really stark core elements that clearly felt like a song,” Newenhouse says. “And then all of a sudden, there was a good feeling to it.”

So what happens to the pieces that end up on the cutting floor? Might they get used in a future song? “That’s a great question,” Newenhouse says. “I’ve never listened back to those parts.” Manley chimes in: “I would say, probably not.” 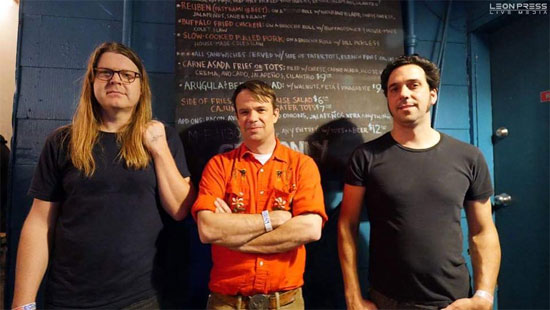 In any event, Terry Gross easily amassed enough solid material for the three-track Soft Opening, with a run time of nearly 39 minutes. Those marathon studio sessions tend to bear creative fruit. Newenhouse provides a bit more description of how it happens: “We’ll be like, ‘That’s pretty awesome. Let’s learn that part and make it into a song.’ Then it’s, ‘You know, I can hear some vocals here. I can hear this over here.’ It’s a really organic process.”

It’s so organic, in fact, that advance preparation is virtually unknown. “I don’t think there’s been one time in five years when somebody came in and said,’Hey! I got a riff!,’” says Newenhouse. “It’s very much the product of the three of us playing,” Manley agrees.

Much of Soft Opening was actually recorded before the pandemic struck, so the songs have been performed live on stage. “That’s been the funniest, craziest part of the whole project,” Newenhouse says with a laugh. “We had to learn ‘Space Voyage Mission’ all over again, in its 19-minute form!”

Even since live music hit the pause button, Terry Gross has remained busy. Before releasing Soft Opening, the band initiated a “stay at home” series of digital releases. Taken together, those tracks — “Spicy Legato,” “Quarantine Dream,” “Mushroom Waltz,” “Rough Window” and “Full Disclosure” — easily add up to at least another album’s worth of material.

So … about the band name. When they got together, Newenhouse says that the three musicians thought, “Well, we’re increasing our chances we-don’t-know-how-many-fold of getting interviewed on WHYY in Philadelphia!”