Jay Bennett had bought a classic Mellotron, Stirratt remembers. The band first came into direct contact with the Chamberlin – a close mechanical relative of the fabled (and temperamental) Mellotron – sometime earlier, when they were visiting famed producer Mitch Easter (R.E.M, Game Theory, Velvet Crush) at his Drive-In Studio outside of Winston-Salem, North Carolina. “We were still recording on the road a little bit in that era,” he says. Played by Jay Bennett, the Mellotron would feature prominently on Summerteeth. The wobbly “ohhh” vocal chorus from the keyboard can be heard on the finished recording of “Candyfloss.”

Stirratt says that Tweedy and Bennett were doing more and more of the work outside of the official, scheduled band sessions. “It just became clear that they weren’t adhering to this idea of ‘all the work will happen in the session,’” he says. Realizing that it was important to be close to where things were happening, Stirratt relocated to Chicago. “I decided, ‘I need to get there so I can be [available] every day and not have to fly in,’” he says. 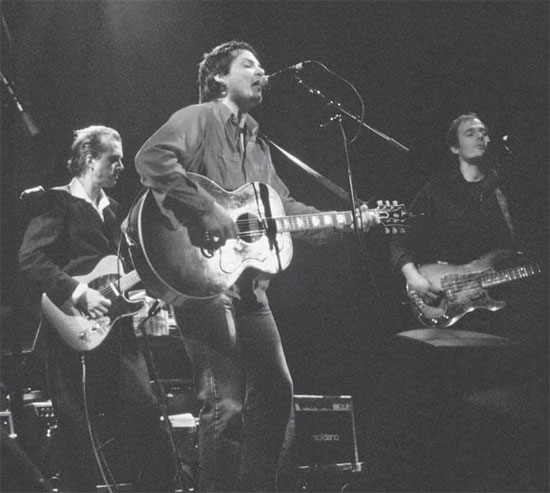 The bassist emphasizes that it wasn’t a case of Tweedy and Bennett wanting to exclude him and Coomer from the project. “They were just excited and ready to work, whenever,” he says, while admitting that communication among the band members was “not always the best” at the time. But he and the drummer made it clear that they wanted to be involved. “So it was like, ‘Hey, you’re still working? We want to be a part of it,’” Stirratt recalls. “And then that sort of became the new norm.”

And Stirratt has warm memories of those sessions. He recalls in particular the making of “Nothing’severgonnastandinmyway(Again),” one of only three Summerteeth songs to have a Stirratt co-credit (with Tweedy and Bennett). “Some of the best memories I have of the record are playing the acoustic guitar,” he says, “tracking with Ken on drums, and me, Jeff, and Jay on acoustic guitars.” Stirratt gives special mention to the song’s arrangement. “Working on that – trying to get the percussive acoustics working together – is one of the most distinct memories I have of that session,” he says.

Another song he co-wrote, “A Shot in the Arm,” came together quite differently. “Ken had a death in the family and had to take off,” Stirratt recalls. “We had a really limited amount of time to work on that session. I remember Jay doing drums on that.” His favorite part of the song is what he characterizes as call-and-response. “The bass part is like a response to the vocal,” he says. “It was wonderfully collaborative in terms of how fast the parts came together.” He’s pretty sure that upon returning, Coomer quickly replaced Bennett’s drum part with his own. “It all flowed pretty fast,” he says.

The sound and character of Summerteeth reflects in part the influences of Wilco’s members. Jay Bennett, for instance, “had a really focused musical lexicon to work with,” Stirratt recalls. “He was a massive [Elvis] Costello freak, and he loved The Clash. It was a pretty interesting, but slightly narrow time period of music that he was really into.” But the album’s extensive use of vintage musical tools like the Maestro Rover and the Mellotron grew out of the other members’ love of ‘60s pop. 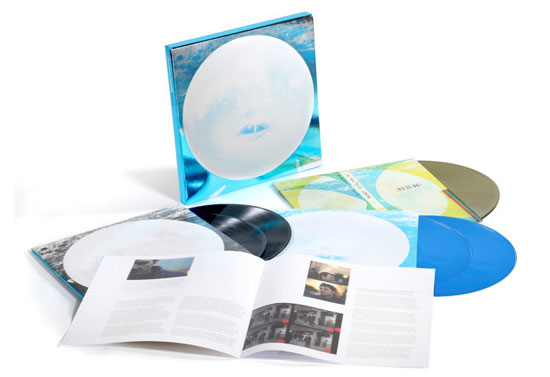 “I remember The Beatles’ Anthology coming out, and [listening to] that on the road a lot in ‘95 and ‘96,” Stirratt says. The band also spent time listening to The Left Banke, The Zombies’ 1968 Odessey and Oracle, and similarly orchestrated, light-classics-oriented recordings of the era. “I think that kind of ‘ork-pop’ had a lot of influence on the [album’s] vocal arrangements,” he suggests.

Summerteeth was completed by November 1998, and the album was released the following March. Wilco’s third album was greeted with near-unanimous critical praise. By February ‘99 – even before the album’s official release – Wilco was back on the road; that year the band would play 97 shows in 75 cities in Europe, Canada and the U.S. Two of the four discs in the CD version of Summerteeth Expanded Edition document a November 1 show at the Boulder Theater. The 5LP vinyl version doesn’t include that performance; instead it features An Unmitigated Disaster, a recording of Wilco playing at Tower Records for Chicago’s WXRT-FM on March 11, 1999.

The four-piece Wilco expanded for that tour. “Leroy Bach [was] brought in to cover keyboard parts, and to [play] piano when Jay was on the Mellotron,” Stirratt points out. And there was a learning curve for performing the music live, too: he says that initially, “it was just hard to cover all of [Summerteeth’s sounds]. I remember thinking, ‘Ah, I wish we could make this part come through live.’” 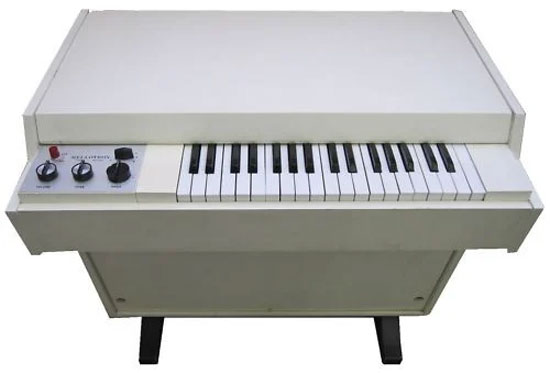 For Wilco’s ‘99 tour, loading a cumbersome and fragile vintage Mellotron onto the stage was never seriously discussed, and today Stirratt laughs heartily at the idea. “Can you imagine the tech support? Oh my god, what a nightmare driving over highways [with a Mellotron] in the back of a semi!” Though today modern and relatively compact digital-age Mellotrons have solved that problem, at the tail end of the ‘90s, keyboards hadn’t yet risen to the task of re-creating its signature sounds. “I think that we didn’t really have a [proper] Mellotron sound on stage until 2000 or 2001,” Stirratt says.

He concedes that when Summerteeth was being made, little thought was given to the mechanics of how the songs would eventually be played live onstage. “It does sort of cross our minds when we’re in the latter parts of the tracking,” Stirratt says. “There is thought put into it, but I don’t think there was a slavish idea to cover everything.” He points out that for Wilco, the pace of creating moves so quickly that there’s rarely time for such considerations.

“We were just making records so fast,” the bassist says. “We were doing the best we could at the time.” And as Summerteeth – both in its original configuration and on the new expanded set – makes plain, the group did quite well. Naming the album as a personal favorite, Stirratt sums up Wilco’s Summerteeth succinctly: “When you go into the studio confidently like [we did], things tend to happen.”