An edited version of this feature was published previously in Goldmine.

Looking to the past pointed the way to the future

Released in 1999, Wilco’s third album Summerteeth represented a turning point for the band. The first album from the group to sell in excess of 200,000 copies, Summerteeth – a musical departure from the band’s original alt-country origins – ended up on many publications’ best-of lists for that year. Pitchfork ranked Summerteeth #31 among all albums released in the final decade of the 20th century. And the album’s success spurred the band onto more critical successes and even greater commercial heights.

In celebration of the album’s importance, Rhino Entertainment is releasing a significantly expanded 4CD version of the landmark record. Available November 6, Summerteeth Expanded Edition appends the original album with related studio outtakes, alternate versions, demos and a complete recording of a 1999 concert. 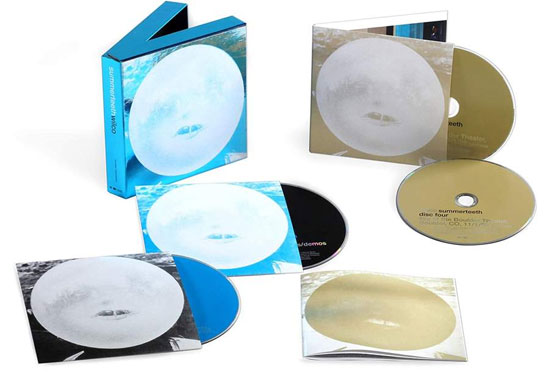 The CD configuration of the expanded ‘Summerteeth’

By the time Wilco began work on its third album in late 1997, the band had undergone significant shifts. Begun in 1994 from the ashes of alt-country band Uncle Tupelo, Wilco was led by guitarist and songwriter Jeff Tweedy, and originally featured the entire Uncle Tupelo lineup minus songwriter Jay Farrar. Wilco’s 1995 debut album, A.M. didn’t represent a major departure from the style of Tweedy’s previous group. Wilco’s second album, Being There (1996) found Tweedy writing more finely-tuned songs, and – in contrast to the band’s debut – the arrangements featured keyboards, trumpets, saxophones and violins in addition to the kind of standard acoustic and electric instrumentation most readily associated with alt-country.

As Wilco convened to begin recording Summerteeth, the band looked very different from two years prior. In fact, only Tweedy and bassist John Stirratt remained from the lineup that had made A.M. And according to reports at the time, the balance of power and influence within the band had shifted as well: multi-instrumentalist Jay Bennett – who had joined the band shortly after A.M. was released – took on a larger role in the making of what would become Summerteeth.

But Stirratt – who, along with Tweedy, remains a member of Wilco today – suggests that reports of the band’s rhythm section being frozen out of sessions are a bit overblown. All four musicians were involved when initial sessions began. Stirratt recalls that two members of the band had recently discovered just how good Willie Nelson’s studio in Spicewood, Texas was. “Jay Bennett and [Wilco drummer] Ken Coomer had done a session there with a songwriter named Jeff Black,” Stirratt says. “So we told Jeff [Tweedy] about it, enthusiastically.” 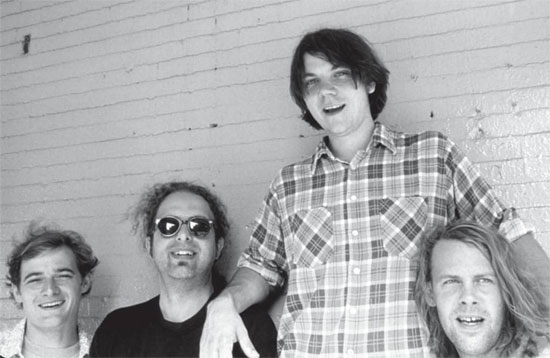 Stirratt says that the “core” of Summerteeth was made in that studio. “We started fleshing out songs and [doing] basic tracking sessions,” he explains. A number of demo recordings had already been made, and those provided at least some direction regarding how the finished songs would sound. Eleven of those demos – including songs that didn’t make it onto Summerteeth – are featured on the second disc of Rhino’s new expanded release.

“I remember the arrangements being tight going in,” Stirratt says. “Jeff and Jay really [had] a good grasp on that.” He says that some tweaking of the songs was done during those sessions, but recalls there wasn’t “a lot of just flat-out writing going on in the studio.” 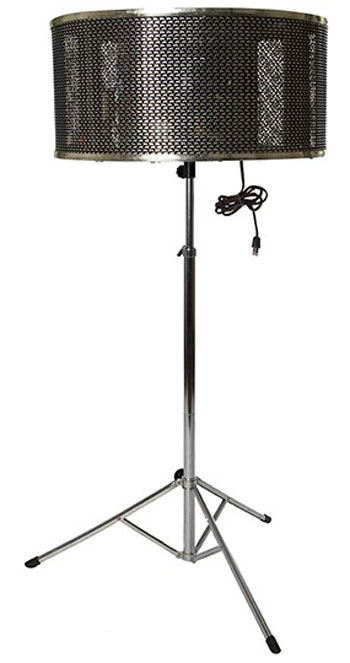 And Stirratt recalls that some of the album’s signature sounds had their beginnings at the Texas sessions. “We were digging around the studio, looking at what they had,” he says. “And they had a few pieces of gear there that were inspiring. I remember in particular the Maestro Rover guitar effect that Jay used on “She’s a Jar.”

An early ‘70s effects box, the Rover was an attempt by musical gear manufacturer Maestro to replicate the “spinning speaker” Doppler Effect sound often used with electric organs (the massive Leslie speaker cabinet) in a smaller package for guitarists. “It was this big bird cage of an effect,” Stirratt recalls with a chuckle. “It was basically a small rotating speaker in a cage.” In those days, the band was buying up all manner of interesting instruments and effects. “We were buying a lot of stuff,” he says. Gear “was a lot more available than it is now, and a more affordable price. So it was exciting.”

The Rover effect was more the domain of guitarists like Pink Floyd’s David Gilmour; it certainly wasn’t in keeping with the country-flavored sounds of Wilco’s earliest work. But its use on the early Summerteeth sessions was a hint of things to come. But first, there would be a detour.

In early 1998, Wilco collaborated with British musician Billy Bragg on a musical project based on previously-unused lyrics by American songwriting legend Woody Guthrie. Those sessions in Boston, Chicago and Dublin, Ireland, took all of the band’s focus. Twenty-plus years on, specific dates are lost in the mists of time, but Stirratt does recall that the band was “in Dublin for so long that early part of the year.” As a result, the Summerteeth material was set aside. The product of those often contentious sessions with Bragg were released over time as 1998’s Mermaid Avenue, Mermaid Avenue Vol. II in 2000, and eventually a 2012 three-disc set – Mermaid Avenue: The Complete Sessions – combining both albums and adding a third disc of songs finished later.

With much of Summerteeth’s basic tracks long since completed, the remaining work on the album would consist of overdubs, done mostly at Kingsize Studio in Jeff Tweedy’s hometown, Chicago. “A lot of the overdub sessions on that material took place with Jay and Jeff,” Stirratt says. Unfortunately, the rhythm section – he and drummer Ken Coomer – lived elsewhere. So there were times when sessions and other work on the album went on without them.

“There was a fair amount of project work that Jay and Jeff – or Jay alone – worked on,” Stirratt says. A great deal of that work centered around the Mellotron, a classic instrument most closely associated with the late ‘60s and early 1970s psychedelic and progressive music of bands like the Moody Blues, King Crimson and Yes. The Mellotron – often considered the first sampling keyboard thanks to its use of tapes featuring pre-recorded violins, flutes, choirs and the like – would impart a distinctive character to Summerteeth, one that set it apart from its predecessors, threatening to leave Wilco’s alt-country roots in the dust.