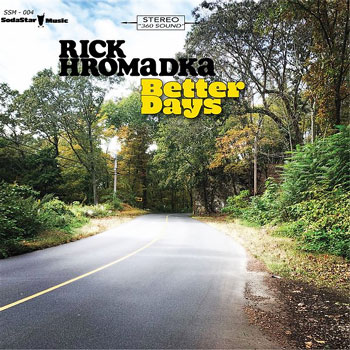 Rick Hromadka’s music has gone in a number of directions, and every single one of his efforts has been interesting. In fact, more than a few of his projects classify as “great.” His Galaxyland from 2010 – with/as Maple Mars – is a true classic. And while his soft-rock projects as Ruby Free haven’t wowed me to that degree, his latest does so.

It’s safe to assume that Better Days would be nearly as wonderful had Hromadka worked on his own, but the players he enlists in his latest release make it even better. Call it powerpop if you must. But at its core, Better Days is a celebration of the accessible, rocking and supremely melodic pop values that have fired the best music of the ‘70s and beyond. One listen to the album and you’ll likely agree that the better days are these.