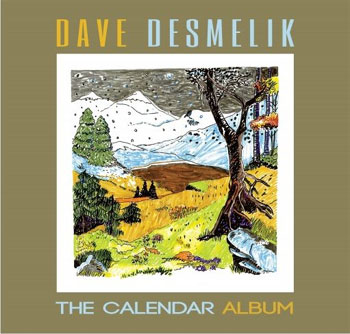 Dave Desmelik ruminates upon the months on The Calendar Album

Western North Carolina singer-songwriter Dave Desmelik has released more than a dozen albums, beginning in the late ‘90s and continuing to present day. But his latest project – a long-gestating one – is especially noteworthy. As its title suggests, The Calendar Album is a collection of 12 songs, one representing each month of the year. But not necessarily this year.

Desmelik explains that the songs were written as a project seven years ago. He discovered early on that giving himself a prompt was a useful strategy for songwriting. “When I tell myself, ‘I’m gonna do this, and I’m gonna commit to it,’ that definitely motivates me to do it,” he says. “I’m one of those people: If I start something, I want to finish it. Even if it’s vacuuming the house.”

In the case of the songs that would eventually end up on The Calendar Album, his goal was a bit more ambitious than keeping his home tidy. The songs capture the zeitgeist of each given month in a way that resonates with the songwriter. And while there are hints of melancholy, the record explores a wider range of human emotions and experiences.

“I would get to the end of each month and then reflect on it,” Desmelik recalls. By design, his writing style is open-ended, allowing the listener to personalize the songs. But even if it’s not overt, each of the tunes has a specific meaning to its composer. “’June’ is about the month when we lost our Golden Retriever,” he says. “But to someone else, that song might be a completely different story. And that’s great.”

A songwriter’s perspective can change with the passing of time, so it’s fair to wonder if the lyrics of songs written in 2013 still resonated with Desmelik as he began the process of recording them in 2020. “You hear the old saying, ‘There’s no such thing as a time machine,’” he says. “But really, if there is such a thing, it would be music.” He says that as he revisited the songs, each one “took me right back into the moments when I was writing it.” And that experience reinforced his desire to complete the project.

Of course, 2020 being what it was, Desmelik had time on his hands. “When the pandemic started, I realized, ‘This is going to be more than a short period when I’m not doing my normal gigging,’” he says. “So I thought, ‘I’ve had this written. I’ve been meaning to get this recorded, and now is my time to do it.’” 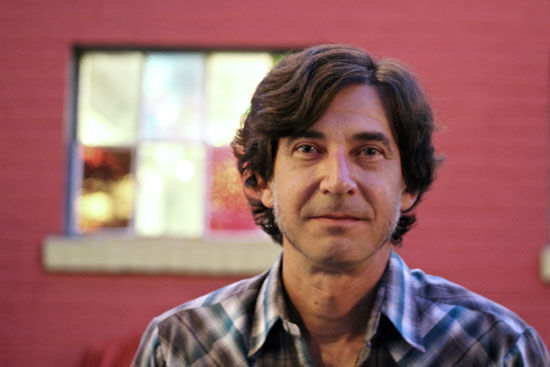 With that decided, Desmelik says that he holed himself up in his home studio “and didn’t come out for a little while.” But The Calendar Album isn’t a one-man-band effort. Blues guitarist David Phillips’ leadsarekey components of four songs.

‘David is originallyfrom England, and he lives in Barcelona, Spain,” Desmelik says. The two first connected even before the songs for the new album were written. “David had heard my music, and somehow we made a connection via Facebook,” he says. “We’ve never met face-to-face, but I consider him a good friend.”

As Desmelik began his solo recording sessions, he sent Phillips an offhand message: “It would be great if I could get your guitar playing on a few songs.” But it was nothing more than idle musing, because Desmelik’s preferred way of working puts all the musicians in a room together. Yet Phillips encouraged him to try something new.

“I had never done file-sharing before,” Desmelik admits. “I’m very primitive in my home studio. I don’t consider myself a fancy engineer who knows a lot of technology; I just want to be able to capture a song.” But with Phillips’ help, he integrated the guitar overdubs seamlessly into the musical fabric of The Calendar Album.

A limited number of CDs have been pressed; those will be available directly from Desmelik (“when we get back to gigging,” he hastens to add). “But in light of current times, I’ve been making a digital push.” But part of The Calendar Album is available now, and in physical form. Desmelik found that making a vinyl LP would be cost-prohibitive, so instead he released “December” as a limited-run 45 r.p.m. single. “I got 30 done at American Vinyl Company here in Asheville,” he says. “They’ve been getting snatched up. I literally have less than five left now.”