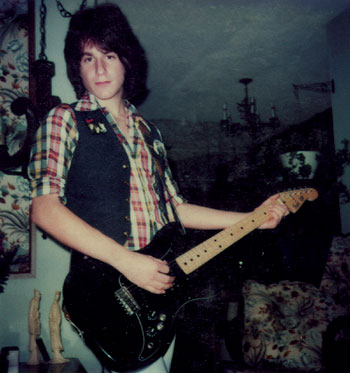 When punk and new wave were exploding in New York City in the late ’70s and early 1980s, Allan Day wasn’t old enough to drive a car, much less play a gig in a bar. But the New Jersey youth was inspired to his core by the sounds coming out of the metropolis across the Hudson River. So, he wrote an album’s worth of original songs with the intention of eventually recording/performing them with a group. But when the band he envisioned failed to take shape, he got on with his life. Now, several decades later and 700 miles away, Day is belatedly realizing his teen dream with the self-titled debut album by The Discs, which was released Oct. 30.

Though the dozen songs were recorded in Asheville in July, The Discs virtually screams “1979.” When Day wrote the tunes, he was deeply immersed in the cutting-edge music of that era. “We were hearing and reading about this new movement called punk rock,” he says. “And I had a very good friend of mine turn me on to the Ramones.”

That Ramones album — 1979’s Road to Ruin — was a catalyst. “I saw them at a free concert in Central Park. That just blew everything open,” Day recalls. “I started investigating, looking to see if there were any other groups in the genre.” He quickly discovered bands from England as well, including the Sex Pistols, The Clash and The Buzzcocks.

Day, who by that point had been studying guitar for several years, was captivated. He feels the new sounds “opened my world up to what could be possible in terms of message delivery through music.” He was also intrigued by the straightforward nature of punk and new wave. “There wasn’t a lot of special skill needed on your instrument to actually play this music,” he notes. “And I liked the fact that it harkened back to roots rock and roll.”

Punk’s loud, often aggressive tone was appealing to a teenager as well. “All of these things coalesced for me and gave me an opportunity to write songs and have a voice at a time where I didn’t have one,” Day says. “And that’s when I started to write this batch of material for this fictitious band, The Discs.” 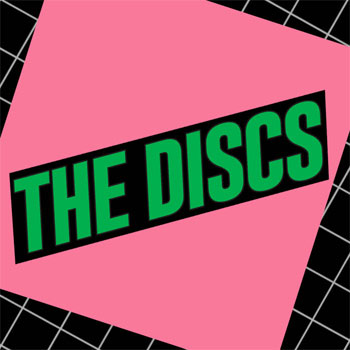 After teaming with a like-minded friend who sang, Day ran an ad in the local paper, looking for a bassist and drummer. A promising response came from a bassist who modeled her style upon the work of Talking Heads’ Tina Weymouth. “We loved the idea of [potentially] having a woman in the band,” Day says. But when they went to meet the bassist, she was a no-show. Eventually, the concept of The Discs — with a name inspired in part by British group The Records —  faded into memory, and Day moved on to playing other styles of music, including hard rock, metal, power pop, acoustic/ambient and other genres.

But Day’s typewritten songs never went away, and right after he relocated to Asheville this past summer to pursue postgraduate work, he decided to revive his long-dormant musical project. He dug out the old songs and found that they still held up melodically and lyrically. “That kid was really onto something,” he says with a chuckle. As he explains on The Discs’ Bandcamp page, some of his “chord progressions [were] committed to memory, some [songs were] demoed over the years, others coaxed from the recesses [of memory].” Working alone save the help of a socially-distanced recording engineer at MAG Audio Technologies in Mills River — this was in the middle of a pandemic, after all — and with financing via an Indiegogo fundraiser, Day created The Discs’ debut album, and resisted any inclination to “update” or otherwise change the songs he had written as a teenager.

“I didn’t want to alter the vision of that kid,” Day says. “99% of the recording remains faithful to the original vision.” With its stripped-down, no-reverb aesthetic, Road to Ruin would provide a template for The Discs’ production values. On record, The Discs sound like a cross between Johnny Burnette’s Rock and Roll Trio and The Buzzcocks. And the songwriter’s mix of passion, angst and youthful exuberance shines through on catchy, edgy rockers like “Misanthropist” and “Father of Profanity.”

On the Bandcamp page, Day sums up his motivation for making the long-delayed album: “Because recording and releasing a Discs album in hellish 2020 would simply be more fun than not doing so.” Yet The Discs’ story doesn’t end with the release of the new album. When it’s responsible and practical to do so, Day plans to assemble a full band to play live and record more of his original “old new wave” songs, whose style he believes is timeless: “When you think about newer genres like pop punk, they’re just updated versions of bands like the Ramones or The Buzzcocks.” thediscs1.bandcamp.com