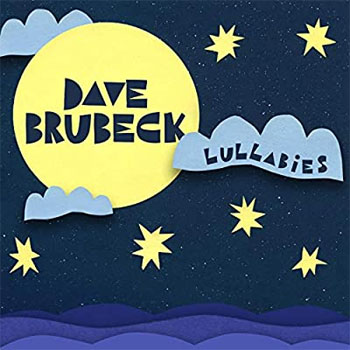 If someone had asked me a few years ago if I thought I’d be writing a week’s worth of content in 2021 about Dave Brubeck, I would have shot them a quizzical look and responded along the lines of, “No, and why would you ask such a question?” As much an admirer as I am of his work, the idea of there being anything timely and relevant to discuss in 2021 about the celebrated pianist and composer (who passed away in 2012) would have seemed beyond imagination.

And yet, here we are. The Covid-19 pandemic forced the scuttling of a planned print feature on The Brubeck Brothers that would have run in early 2020. My resulting interview with Brubeck’s bass playing son Chris remained “in the can” until this week, when I decided to publish an edited transcript of our conversation. Though it wasn’t my intention at the time, that lengthy chat ended up centering nearly as much on the life and work of his father than on Chris’ own superb music.

And the recent release of Time Outtakes provides current-day listeners an additional window into the creative process that yielded Brubeck’s most well-known album, so I simply had to cover that.

And last fall marked to occasion of even more Brubeck: recorded over the course of three days in March 2010 in Fort Myers, Florida, Lullabies represents Dave Brubeck’s final solo recording. Characteristically improvisational yet at the same time warmly familiar, Lullabies is the sound of Dave Brubeck – then approaching his 90th birthday(!) – playing with finesse, grace and pure emotion.

When he opens up with “Brahms Lullaby,” Brubeck takes a classic jazz approach: state the melody, move into a more abstract reading of it, and the restate the signature lines before wrapping up. But that deceptively simple jazz formula contains with in it plenty of aural landscape in which the master can express himself, at the same time coloring inside the lines (as it were) for young listeners who would be soothed by a tune they could recognize. (A personal favorite – though every track is simply wonderful – is Brubeck’s take on “Over the Rainbow” from The Wizard of Oz.)

It’s Dave Brubeck’s particular genius that he can easily mix popular standards with originals of his own creation to the point at which they all sound like both. Befitting a young audience, each of the 15 pieces is brief; none approaches the five-minute mark. But it would be a mistake if Lullabies was employed only as a means to guide children into peaceful slumber. Anyone who enjoys melodic and expressive solo piano will delight in this collection.