An edited version of this feature appeared previously as a cover story in SF Weekly. And LATE BREAKING NEWS: My book about 415 Records will be published in 2021. — bk

In the mid- and late ’60s Howie Klein was a student at Stony Brook University on Long Island, 50 miles outside New York City. But he found himself at Ground Zero of the musical universe: he had established a friendship with a legendary music figure. Klein – who was in charge of the school’s Student Activities – regularly received live tapes of emerging Bay Area bands from promoter Bill Graham. Klein established himself as a tastemaker, booking many of those bands to play at Stony Brook even before they had released their debut albums. And though his path would be winding, those activities would eventually lead a decade later to Klein launching a San Francisco-based label that championed the bubbling-under music of a new generation: punk and new wave.

San Francisco was home to a thriving underground music scene in the late 1970s and early ‘80s. And at the center of that activity was a new, small and independent record label, 415 Records. Spearheaded by Howie Klein, 415 Records – named after police code for “disturbing the peace” – released a number of groundbreaking singles and albums, helping to pave the way for new wave’s larger exposure n the coming years. Liberation Hall Records is reissuing music from the early days of Klein’s label, including titles by The Pop-O-Pies, SVT, The Uptones, The Readymades and more.

From the Fugs to Punk
In the 1960s, Klein established himself as a successful New York City-based concert promoter, working with The Byrds, The Who, Joni Mitchell, Pink Floyd and many others. By 1978 he was in San Francisco, at the vanguard of punk and new wave, heading 415 Records, a label that championed music’s new directions. And while that transition might seem like a major shift, Klein says that it didn’t represent an about-face; far from it.

“It was a smooth transition,” he insists. “The Fugs were the first band I ever booked, when I was freshman class president at Stony Brook. They were kind of a bridge between the hippie music of the ‘50s and the psychedelic music of the ‘60s.” Klein was already deeply immersed in the musical underground, and thanks to a friend, he was hip to the emerging sounds coming out of the Bay Area. “Bill Graham was sending me tapes from The Fillmore, and I was playing all this psychedelic music that no one had ever heard of – The Grateful Dead, Jefferson Airplane, and Moby Grape – even before they had albums.”

Yet by the end of that decade, Klein packed it all in and spent several years in Europe and the Far East. When he returned to the States, an old friend insisted he come along to see a new band. “I wound up going, and it was The Ramones who were playing,” Klein says. He immediately perceived a connection between what they were doing and the music counterculture of the ‘60s. “It was always very different,” he acknowledges. “But it was coming from a similar place.”

He recalls hiring The Doors for a show. “I booked them in the Summer, for $400,” he recalls with a chuckle. “Then they put their record out. And they still played my show for $400, even though they were one of the biggest bands in the country!”

Klein started booking the emerging groups at venues on the East coast. “To me, that was the revolutionary music of the day,” he says. “All those people were in favor of marijuana use. They were in favor of ending the war in Vietnam, and they all believed very very strongly in equality for all races and the opening up of sexuality. So, that’s what those groups meant to me at the time.” 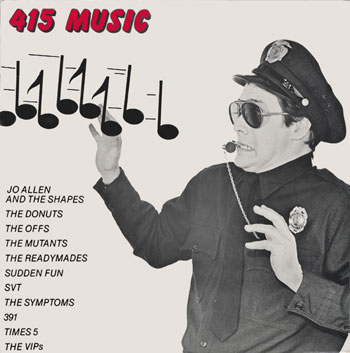 Yet by the end of that decade, he packed it all in and spent several years in Europe and the Far East. When he returned to the States, he ran into an old friend and record company executive, Danny Fields. “He said, ‘You’ve got to come to this place; I [work with] a new band, and you’ve got to come.’” But Klein resisted. “I said, ‘Danny, I’m not into rock music anymore; I’m beyond that.’” He had grown disillusioned with what he saw as a sterile, corporate scene in popular music.

But Fields wouldn’t take no for an answer, and eventually Klein relented. “I wound up going, and it was The Ramones who were playing.” He immediately perceived a connection between what they were doing and the music counterculture of the ‘60s. “It was always very different,” he acknowledges. “But it was coming from a similar place.”

Even earlier, Klein had gone with another friend and former classmate – Sandy Pearlman – to see what he thought would be an acoustic show. “I went to the basement of a church and saw a guitarist and a piano player,” he recalls. “And this woman was a singing poet named Patti Smith.”

Disturbing the Peace
Once settled in San Francisco, Klein met Harvey Milk. “He was running for office, and I soon became his campaign photographer,” Klein recalls. “Harvey fronted me the money to buy darkroom equipment.” Klein set up shop on 16th Street in the Noe Valley neighborhood. Next door was a record store called Aquarius Records, run by Chris Knab. “I went back and forth between the two storefronts all of the time,” Klein says.

His musical omnivore qualities led Klein to host a program on KSAN-FM. “It started out as just a one-time thing,” he says. But The Outcastes – the first punk radio show in the country – quickly found an audience. “There wasn’t really enough music coming out of New York and London at the time,” Klein explains. “We would play songs twice in one show!” To fill up the time, Klein started playing music from Bay Area bands.<

But many of those bands didn’t know anything about the music business; several asked if Klein and Knab could help them release records. “That’s how 415 Records started,” Klein says. “We didn’t plan to start a record company, but it started because of the radio show.” 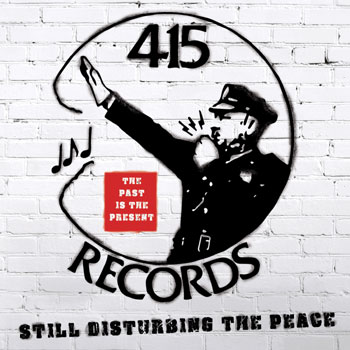 Launching a record company from scratch takes cash, of course. And neither man had any to spare. “We did everything by credit,” Klein says. “We were able to persuade [factories] to let us press our records and to use a recording studio and then pay later. We were very lucky that way.”

But as originally envisioned, 415 Records wasn’t a typical capitalistic enterprise. “Neither of us ever imagined that 415 would lead to anything financial,” Klein says. “It was just kind of a gas, a way to help some of the bands and have some fun. That’s all it ever was for us.”

Still, Klein and Knab both sensed that they were ahead of the curve. “There was no question about it,” Klein says. “The major record companies were coming around.” They were interested because 415 was succeeding on a shoestring budget. “They were making records for $50,000 and selling 5000 of them,” he laughs. “We were making records for about $5000 and selling 50,000 of them! They wanted to know how we were able to do it.”

415 Records’ first signing was The Nuns, featuring a young Alejandro Escovedo. The label released 45 r.p.m. singles by several other Bay Area new wave and punk acts including The Offs, Pearl Harbor and the Explosions, and SVT. Liberation Hall’s new reissue series spotlights several of the bands from 415 Records’ early days.