Quite recently, Omnivore Recordings reissued a pair of long out-of-print Little Richard albums, The Rill Thing and King of Rock and Roll. The first was an impressive updating of Little Richard’s style into soul, and the second was an only-sometimes-successful attempt at making a thematically cohesive album.

But there exist more albums from that era of Little Richard’s work. And Omnivore’s arrangement sees them bringing those other albums to market, and even adding some bonus tracks. 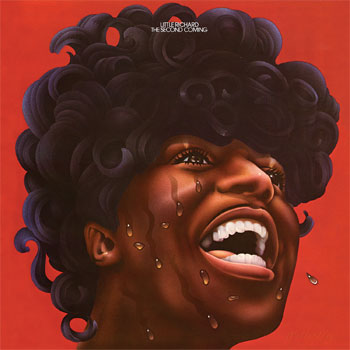 The Second Coming (1972)
Calling your album The Rill Thing takes a kind of audaciousness. Crowning yourself the King of Rock and Roll takes twice that much chutzpah. But hey, if you’ve taken things that far, anointing yourself The Second Coming doesn’t feel like much of a stretch.

Far better than its predecessor. The Second Coming leans more toward Richard’s early rock’n’roll side than the (tantalizingly interesting) The Rill Thing. But the playing feels more assertive, standing in contrast t the somewhat listless King album. With a backing band that features Chuck Rainey on bass, Sneaky Pete on slide and drummer Earl Palmer (among others, it’s no surprise that the music has a muscular feel.

What is a bit arresting is that the songs’ arrangements coupled with Bumps Blackwell’s production ends up sounding a but like the George Harrison/Phil Spector production of All Things Must Pass.

Not that that’s a bad thing, but it’s undeniably different. Listen closely in the mix and all manner of subtleties will reveal themselves. That may or may not be what one expects or looks for in a Little Richard album, but it has an appeal all its own.

Little Richard does most of the writing here, though lyrically this stuff ain’t poetry. “Second Line” is from the kind of hope-we-launch-a-dance-craze school, though how that could have been though potentially successful in 1972 remains an unanswered question.

But Little Richard is in fine voice, and some of the stylistic left turns – like the amazing, single-worthy “It Ain’t What You Do, It’s the Way How You Do It” – are nothing short of amazing. Taken at breakneck pace, “The Saints” is a good-natured yakety-sax goof, but it’s fun. Far weirder is the ultra-funky “Nuki Suki,” with a bass line that should have found the Eastmans or Allen Klein on Line one to Little Richard’s publisher. Coming back to the All Things Must Pass analogy, the nominally instrumental “Nuki Suki” would have been on Apple Jam, the third LP.

Richard sounds a bit winded on “Rockin’ Rockin’ Boogie,” but he’s back in control for “Prophet of Peace.” That latter tune takes a few pages from the Stax/Isaac Hayes playbook.

As a title, The Second Coming might be shooting a bit high, but the album remains an essential part of any Little Richard collection that extends beyond his early heyday.

The Second Coming was the third in a series of records Little Richard released on Reprise. Blackwell produced a 1974 followup, Right Now! But as it came out on a very small label, it disappeared without a trace. Then the man born Richard Penniman headed back to gospel … for a while, anyway. 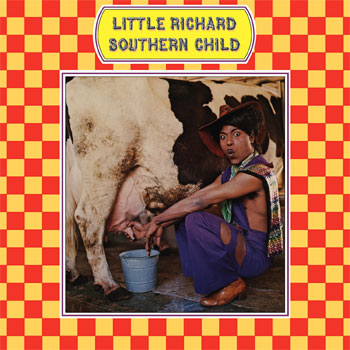 Southern Child (previously unreleased)
But it turns out he has recorded another entire album’s worth of music, intended for release in 1972. It’s never been entirely clear why Southern Child wasn’t released as planned. It’s country-rock flavor is an interesting hybrid. It rocks harder and funkier than classic c&w (at least on “California (I’m Comin’),” but the music still has the production and arrangement values of Nashville. If one mixed Little Richard’s voice out of the songs, plenty of other country singers’ pipes would fit seamlessly. And the two blend, if not comfortably, than effectively. Thanks in great part to the guitar work of Mike Deasy, the pedal steel of Sneaky Pete and the wonderfully busy bass work of Chuck Rainey, Southern Child is a worthwhile listen. It doesn’t fit neatly into Little Richard’s canon, and one suspects that’s part of the reason for its non-release in the ‘70s. But it’s a fun and interesting listen nonetheless. 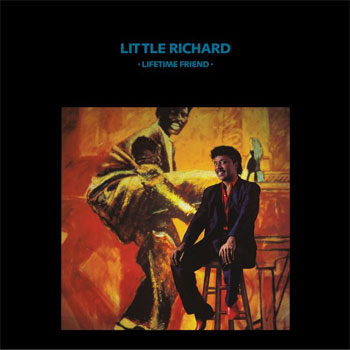 Lifetime Friend (1986)
After years in the (commercial) wilderness during which he played the gospel angle, Little Richard returned for a 1986 one-off, Lifetime Friend. Working with Billy Preston, ace guitarist Travis Wammack and others, he cut an album that bears most of the era’s sonic trappings: dense production, massed backing vocals, fretless bass, cheesy keyboard presets, and insistent saxophone (you can almost picture the mulleted, sleeves-rolled-up ‘80s MTV-type players). The album is predictably slick, and Richard occasionally sounds lost amidst the too-stuffed-by-half arrangements. Even Wammack’s often fiery playing can’t punch through the mess. Te deserved better. For completists – or those who are nostalgic for the overproduced ‘80s vibe – only.