Album (and EP) Review: Nick Lowe and Los Straitjackets — ‘Lay it on Me’ and ‘Walkabout’ 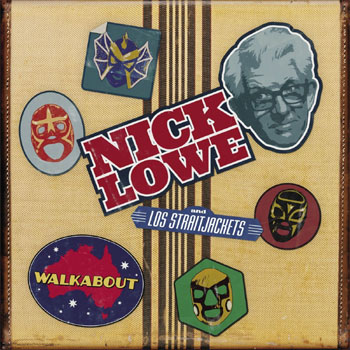 Sometimes, when two great musical forces meet, the results can be disastrous, or at least unimpressive. I don’t count myself as a fan of the ill-advised Lou Reed and Metallica pairing, 2011’s Lulu. And when the sometimes warring factions of Yes got back together for Union, the resulting album was a forgettable, bloated, too-many-cooks affair.

But some collaborations work. When Elvis Costello and Paul McCartney teamed up, the results – heard on Flowers in the Dirt and Spike – ranked among both artists’ best work. Similarly, the musical summit of Nick Lowe and Los Straitjackets is an easygoing affair that plays to the strengths of all involved.

Lowe has performed with the masked marvels of music backing him for awhile now – I’ve seen them twice – and the show never fails to impress. So a recorded collaboration makes good sense. In fact they’ve given us two.

Walkabout is an album-proper, a dozen songs, all but one written by Lowe. He’s backed on six studio numbers by the band (Eddie Angel, Pete Curry, Greg Townson and Chris Sprague), playing in a countrified style that has come to represent the “Nick Lowe sound” for many years now. Lowe has always had great bands – from Rockpile to present day – and Los Straitjackets play with the perfect balance of energy and taste. His uncluttered songs feature subtle backing by Los Straitjackets, and the feeling is one of timeless, rootsy rock’n’roll. “Love Starvation” features the tastiest guitar work. 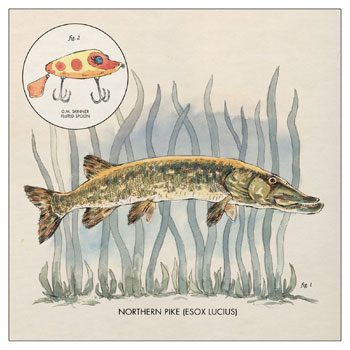 The album’s second half features instrumental versions of four of Lowe’s best-loved tunes, and as on the first half, Los Straitjackets lean into subtlety. These aren’t fiery readings of “Rollers Show” and so forth; they’re gently catchy covers. “All Men Are Liars” sounds like lightweight Merseybeat pop of the just-pre-Beatles era. The album’s sole non-Lowe composition, The Easybeats’ “Friday on My Mind” introduces some freewheeling energy to the proceedings. The set wraps up with a live track, a cover of Lowe’s classic “Heart of the City.” The country-rock arrangement sounds more like Brinsley Schwarz (or late-period Lowe), and it proves once again the adage that a good song is a good song, no matter what its creator does with it.

Simultaneously released, Lay it on Me is a four-song EP. Recorded at a session wholly separate from the ones that yielded Walkabout, Lay it on Me nonetheless feels of a piece with the album. More of the jangling Mersey sound here adds a lovely character to solid Lowe originals (the title track and the retro stylings of “Don’t Be Nice to Me”). And a reading of Dorsey Burnette’s “Here Comes That Feeling” would fit nicely on most any of Lowe’s albums. Los Straitjackets end the brief set with a delightful instrumental cover of the Shocking Blue’s chestnut, “Venus.”