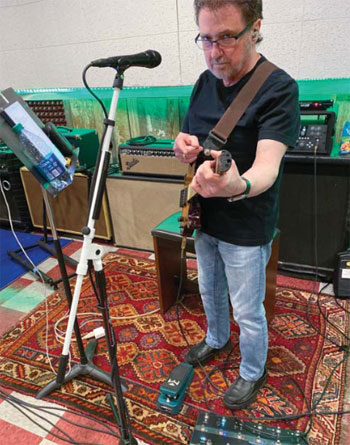 The Making of The Symbol Remains
The process of creating an album is challenging enough on its own; making a record when the band’s members are all sheltered in place and practicing the social distancing necessitated by the Covid-19 pandemic is even more of a daunting prospect. Fortunately, even after nearly two decades away from the recording studio, Blue Öyster Cult got a head start before the pandemic stuck.

Bloom landed upon some lyric ideas while aboard an airline flight. “So I just grabbed a pen from my carry-on and started scribbling,” he says. “Songs can be written a lot of different ways.” He recalls finishing some of his co-writes with Castellano while in a rental car. “I was driving, and Richie was sitting next to me with his laptop open, and we were just kicking ideas back and forth.”

Buck Dharma had a number of songs – “Nightmare Epiphany,” “Fight” and “Secret Road” – in development before the project started. “He had demo versions of songs that he had put out on the ‘net,” Bloom recalls. “So those were ready to go before we started doing anything.”

Even as the new songs came together, they didn’t yet find their way into the band’s live set. “Well, we did play ‘Stand and Fight’ live … once,” Bloom admits with a chuckle. “But probably not very well. It wasn’t really ready.”

The recording project began in late 2019. “Buck lives out of state, but the rest of us live in the New York City area,” Bloom says. “So Buck came up and stayed at a hotel, and we all got together in a rehearsal place on Long Island.” Dharma, Bloom, Castellano and Radino had all been writing music, sometimes collaborating with each other on composition. And as has long been its practice, BÖC worked with writers outside the band as well, penning songs with novelist John Shirley (the writer responsible for all of the lyrics on Heaven Forbid and Curse of the Hidden Mirror) and longtime associate Richard Meltzer, lyricist of the band’s hit single “Burnin’ for You.”

“Everyone was bringing in all the songs they had,” Bloom says. “And bit by bit, the album started to come together. So like [when] making any record, we went into a studio and started recording.” The band’s sound engineer and tour manager Steve La Cerra is also a teacher at Mercy College just north of New York City, and he worked out an arrangement whereby Blue Öyster Cult could work on the album using the school’s state-of-the-art recording studio.

“One of our ex-crew guys is the audio engineer at Mercy College’s studio,” Bloom notes. “So after rehearsing in Long Island, we got a ‘lockout’ session at that very fine studio. We went in there and did all of our basic tracks.” Radino’s drum parts as well as some of the guitar and bass parts were finished during the Mercy College sessions. Once that work was completed, the band returned to the road for more concert dates.

“Luckily for us,” says Buck Dharma, “we did all the basic tracks before the virus hit.” But the record was far from complete. And returning to the studio wouldn’t be an option; circumstances forced a change in working methods to complete the album. Fortunately, Dharma, Bloom and Castellano all have professional-grade recording setups in their respective homes. “Whatever else we needed to do – vocals, guitar overdubs – we needed to do at home,” Dharma says.

State-of-the-art teleconferencing software allowed the band members to continue working together through the internet. “We used videoconferencing to talk to each other,” Dharma says. “We couldn’t play and sing together in real time, but we could definitely listen to each other and produce each other. We were all using programs like Pro Tools – I used Digital Performer – and we were able to look at each other’s video monitors to see what we were doing. And that’s the way we did it.”

Bloom gives credit to Castellano as the “pivot man” of the quarantine sessions. “The band bought him a mobile recording technology setup, and he ran it from his studio,” he explains. “I did my lead vocals in a small recording booth in my house. And with Zoom-type technology, Richie would coach me through my vocals, engineering it from his house.” 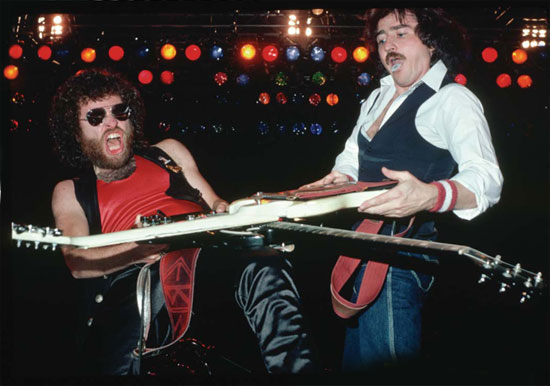 The resulting album may have been pieced together using internet technology, but the finished tracks on The Symbol Remains sound very much like the band playing together. The talents of Castellano and the album’s executive producer Steve Schenck extend to video production: the official music video for “Box in My Head” shows the five-man BÖC assembled in traditional rock band formation, even though all of their video parts were recorded in their respective homes as well.

Modern recording and communication technology also made it possible for inclusion of a special guest star on one of The Symbol Remains’ tracks. Founding member and drummer Albert Bouchard quit Blue Öyster Cult in 1981, returning briefly in ‘85. After leaving the group he went on to work with a wide variety of acts including Herman’s Hermits, Mike Watt and his own band, Brain Surgeons. He released a solo album in 2014, and would continue to make occasional guest appearances at BÖC live shows. “Albert has tucked into a few shows here and there over the last few years,” Bloom says.

So as the band neared completion of “That Was Me,” they invited Bouchard to lend a hand. “We thought, ‘What if Albert sang background on this song?’” Bloom recalls. “It wasn’t that unusual for us to have him get involved, so he sang on ‘That Was Me.’” And in a good-sport nod to the hilarious and well-known Saturday Night Live “More Cowbell” skit featuring Christopher Walken and Will Ferrell parodying the making of “(Don’t Fear) The Reaper,” Bouchard also contributed cowbell for the song. “And then when it came time to do the video, we asked him if he would like to come,” Bloom says. “And he did.”